The console and PC-first blockbuster IP had a record-breaking start on mobile following its release on October 1, 2019, accumulating 100 million downloads in its first week. It went on to pick up 148 million installs in just its first month and 172 million in its second month. Revenue, meanwhile, peaked in Q2 2020, with player spending nearly doubling quarter-over-quarter. This coincided with the height of the COVID-19 pandemic and lockdowns in Western markets.

According to the Sensor Tower Game Taxonomy, In its first year, Call of Duty: Mobile was the No. 3 grossing mobile shooter in the United States, ranking just behind PUBG Mobile from Tencent and Fortnite from Epic Games. In the FPS / 3PS subgenre for Shooters in the U.S., Call of Duty: Mobile ranked No. 1, followed by Pixel Gun 3D from Alex Krasnov at No. 2 and Left to Survive from Mail.Ru at No. 3. 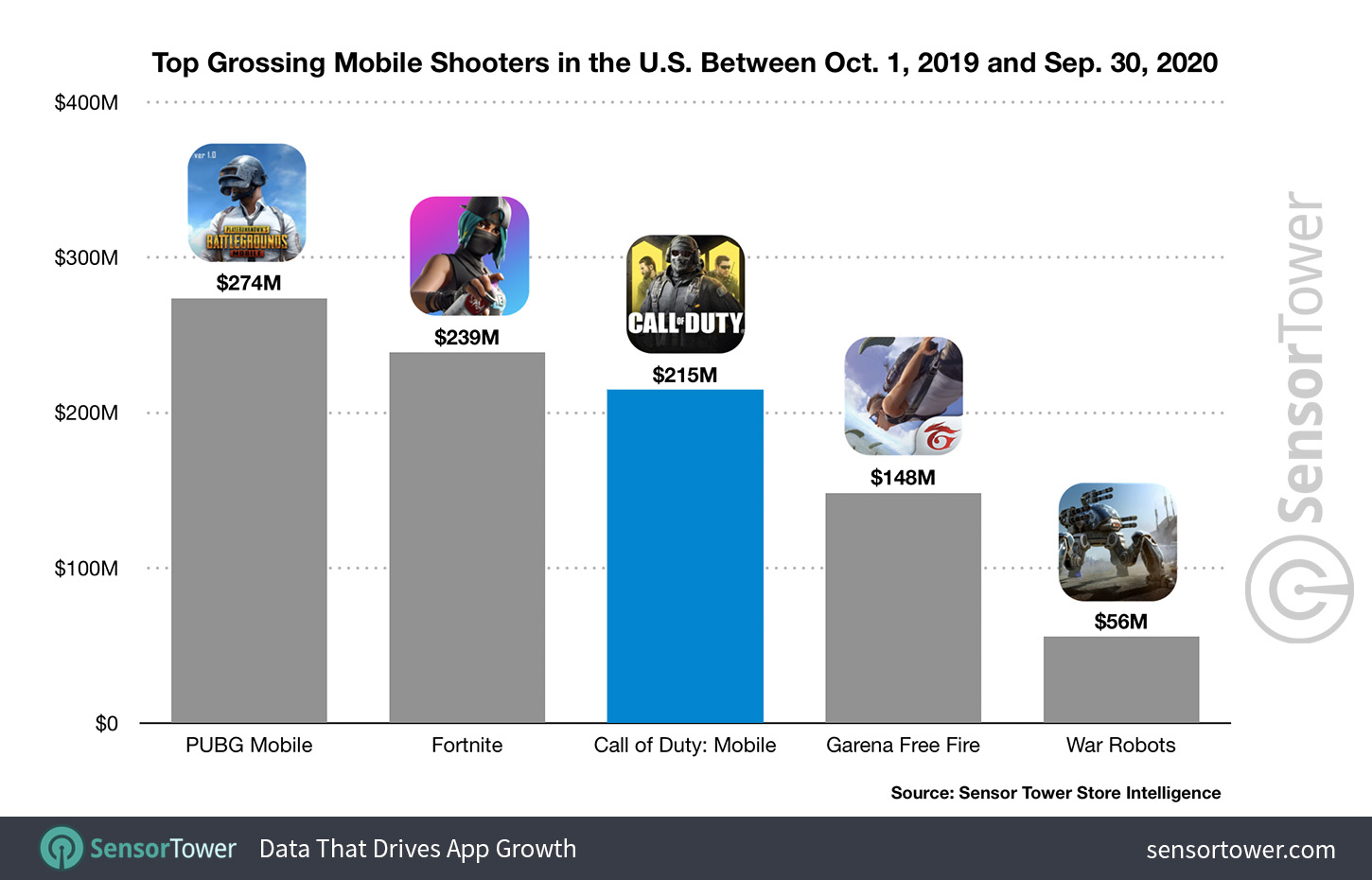 The U.S. was Call of Duty: Mobile’s top country for global revenue during its first year, with players there spending approximately $215 million in the title. Japan ranked No. 2 for revenue while Germany rounded out the top three.

When it comes to downloads, Call of Duty: Mobile has amassed close to 270 million to date. The U.S. accumulated the majority of them, generating close to 50 million. Brazil ranked No. 2 for installs and India ranked No. 3.

Call of Duty: Mobile had a strong first year after generating nearly half a billion dollars in player spending, becoming the No. 22 earning mobile game in the world during that time. It’s a testament to the power of the Call of Duty IP and its ability to translate to mobile, along with the successful partnership between the U.S.-based Activision and China-based Tencent. Call of Duty: Mobile is set to launch in China soon, which could prove to be a highly lucrative market for the title. It will follow in the footsteps of another extremely successful mobile shooter in China, Game For Peace, the localized version of PUBG Mobile which is also published and developed by Tencent.