Title: iBeacon And Why It Matters To App Developers

iBeacon is the brand name of the Apple technology which allows small "beacon" devices to transmit messages or notifications to iOS 7 devices that are within range. In this post, we will introduce you to the technology, why it is set to revolutionize location specific user app interaction and why app developers like you may want to start incorporating this technology into new or existing apps.

iBeacons run on Bluetooth Low Energy (BLE), which is also known as Bluetooth 4.0 or Bluetooth Smart. These beacons can transmit information to any Bluetooth device capable of detecting BLE signals, within the range of the beacon.

The primary benefit of BLE beacons is that they can provide micro-location sensitive information to smart devices, where GPS and Wi-Fi are not as precise, especially in indoor locations. iBeacons can also receive information about smart device movements and actions taken on devices.

The first thing that a person needs to have to get iBeacon notifications is a compatible iOS device. Android devices can also make use of BLE technology, but only if they run Android 4.3 or above.

Next, there needs to be a transmitting beacon that sends information to the iOS device. One of the companies currently working affordable beacon solutions is Estimote.

Their promo video does a great job of explaining how a real world implementation would work in a retail store setting. A beacon is supposed to be able to run for two years on a single battery and has benefits for the shopper as well as the store owner.

As you saw above, one place that iBeacons make the most sense is in brick and mortar stores. If you have ever been unable to find out the price of a product, the specifications or even the location of the product within the store, iBeacons can provide all that information, right on your iPhone.

They can also remind customers about a coupon that they have at a particular store, as they walk by and automatically check them into locations, Foursquare style. There are also payment capabilities available through iBeacon. This makes it possible for customers to pay for goods and services without even taking out their wallets.

There are basically three barriers that companies need to overcome in order for them to contact users via iBeacon. First, the customer needs to have Bluetooth activated on their mobile device. Second, the user has to download the app for that particular store. Finally, the customer needs to opt-in to receive notifications from the app.

Depending on what kind of app you are creating, it may be fairly easy to get over these hurdles. Other applications may require some thought as to how to get customers to install the app and allow notifications.

There are several stores that are already rolling out iBeacon implementations. Naturally, Apple had led the charge, adding iBeacon capability to all 254 of their US stores.

When customers have the Apple Store app installed and Bluetooth activated, they can can get location specific product information as they walk through the store. Select stores even allow EasyPay, where a customer can just scan a barcode, pay on their phone and walk out of the store.

No waiting around for an Apple Store employee. 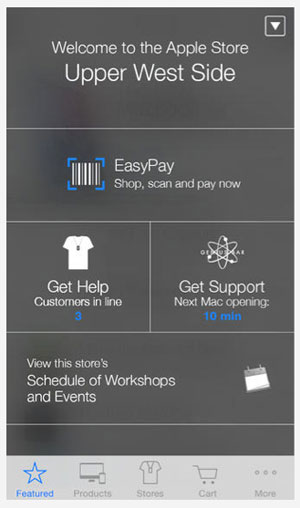 Overcoming the need to install separate apps can be accomplished by getting multiple retail companies on the same platform. The first company to do this for iBeacon has been inMarket with their Mortar to Mobile solution, which is now available in Safeway and Giant Eagle stores in Seattle, San Francisco and Cleveland. More installations are coming soon. 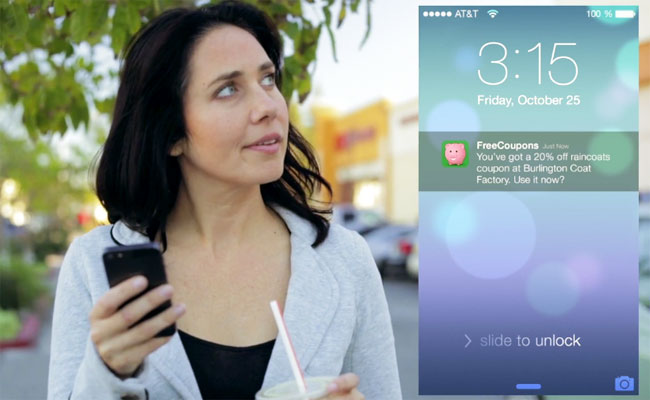 Remember that Samsung Galaxy S III commercial that showed a husband and wife sharing a "secret video" by touching their phones? That was a demonstration of near-field communication (NFC) file transfers, something that was supposed to be a benefit. 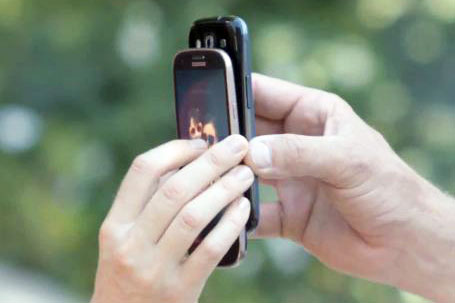 iBeacon is often compared to near-field communication (NFC) because the potential commercial applications are thought to be similar. In reality, they are not similar at all and have two major differences.

First, NFC requires that the sending and receiving devices be very close to each other. It has a range of 8 inches, but the recommended proximity is 1.5 inches. iBeacon has a range of about 50 meters, making it much more practical.

Second, a smart device needs a separate NFC chip to perform the necessary functions. This adds additional parts to the device, takes up valuable space and uses more battery power than BLE. iBeacon technology uses Bluetooth, which is already available on devices from all major phone manufacturers.

Android, Windows Phone and Blackberry all have NFC devices, but it is very likely that it will be phased out in the future. There isn't a real advantage to using NFC over BLE. Mobile phones are supposed to be...mobile. Confining them to a range of 1.5 inches doesn't really make any sense.

We hope that this post has given you a good overview of what iBeacon is and how it applies to you as an app developer. If you develop apps for a retail business with physical stores, then the applications of iBeacon are already obvious.

However, there are still a ton of creative applications that have yet to be explored. Everything from home automation systems, to educational applications to travel technology could benefit from the use of iBeacons and Bluetooth LE technology.

Apps like Knock are already using Bluetooth LE to do something pretty cool. Take some time to imagine the possibilities and you may have your next great new app idea or a way to take your existing app to the next level. 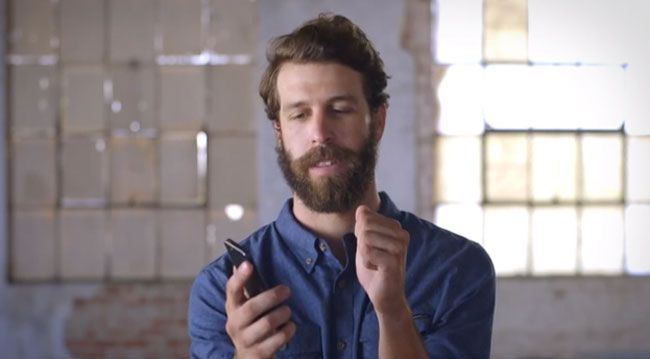 What do you think of iBeacon? What are some potential applications that you can think of?