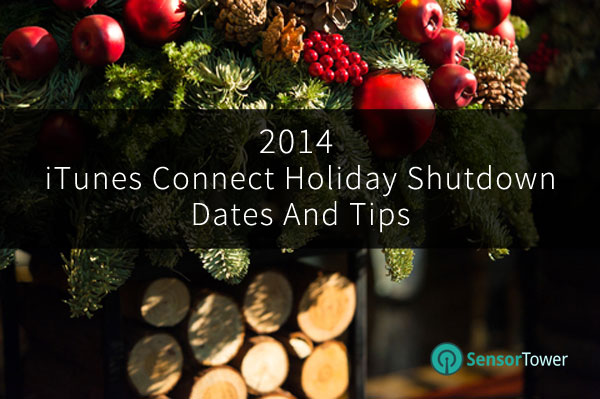 Now that we are officially into December, it is time to think about Christmas and what that means to you, as an app publisher. If you have not updated your app for the holiday season yet, there is still some time.

Christmas has typically been the best time of year for app publishers. With an abundance of gift cards and new phone activations, people are usually on the hunt for new apps.

So if you haven't submitted your new app or app update for the holidays yet, this post will start by giving you the iTunes Connect shutdown dates. Then we will give you some tips on how to get your app in on time and how to increase your visibility, to get more downloads.

iTunes Connect will be closed on Monday, December 22 through Monday December 29, 2014. This means that you will not be submit new apps, app updates or even access the iTunes Connect website.

This shutdown also includes iBooks publishers, iTunes producers and OS X developers. Even though iTunes Connect shuts down on the 22nd, don't forget to factor in the review times.

Remember that even though iTunes Connect closes on December 22nd, your app still might not be approved by then. According to the independent survey website App Review Times, approvals are currently taking five days, on average. 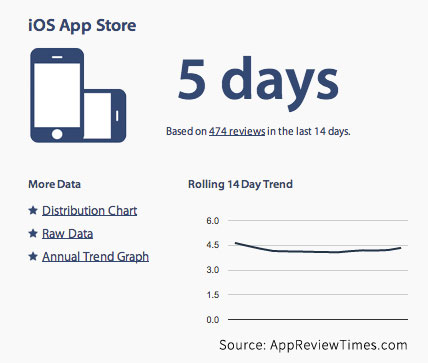 If we look at their distribution chart, there are also quite a few reviews taking between 6 and 10 days. The maximum review time in their survey was 23 days, but it probably won't take that long for most apps. 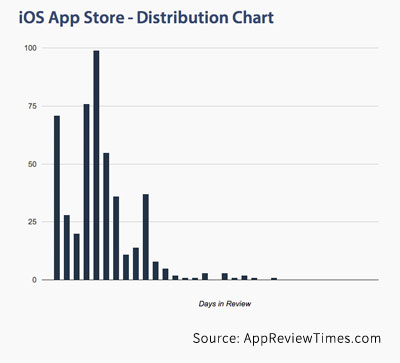 The bottom line is that you need to get your new app or app update in as soon as possible. Don't wait until the last minute because it might not be approved in time.

This is especially true if you are submitting a new app or if your app has complex functions. If you need to double check your app for common reasons for App Store rejection, read this post.

Customize Your App For The Holiday Season

Last year we highlighted a few popular games that did some fun updates for Halloween. Although some games do change their game play, your update could be a simple as changing your screenshots.

This can make your app stand out when people are scrolling through App Store search results. So even if you don't change the interface of your app at all, consider a quick screenshots update. It could boost your downloads.

Also think about fixing a couple of the biggest bugs on your to-do list. More downloads during the holidays mean more potential positive reviews and long-term users.

Looking Ahead To February

Before we go, we also want to remind you that the new iOS 8 requirements are fast approaching. Starting February 1, 2015, all apps uploaded to the App Store must include 64-bit support and be built with the iOS 8 SDK. The SDK is included in Xcode 6 or later.

Apple recommends using the default build setting of "Standard architectures." This will build a single binary that has both 32-bit and 64-bit code. There can be significant performance improvements with 64-bit code.

The Apple news site doesn't provide much detail, so let's take a minute to clarify which apps this applies to. If you have an existing 32-bit app that you don't need to update, then you can leave it as a 32-bit app. Any new apps or app updates have to provide 64-bit support.

However, if you are going to submit a holiday update, it is probably wise to wait until after the holidays to properly test your 64-bit version. Unforeseen bugs at this crucial time of year can have a big impact on your downloads and ratings.

Although the Christmas holiday has typically been the time of year when the App Store sees a huge boost in downloads, that is starting to slow down. According to a report from Flurry, there was a 25% year-over-year growth in Christmas downloads in 2013. That still shows healthy growth in the app ecosystem, but is nowhere near the growth of 97% that they saw in 2012.

This is due to the fact that more and more people have mobile devices. Once we download the apps we like, we usually stick with them and don't look for new ones. As smartphones and tablets become more common in the US and other countries that celebrate Christmas, we will see download growth start to slow during this time of year.

The December holiday season will always be important for app publishers. But also consider broadening the scope of your app marketing by localizing to target major holidays in markets that have large populations, but not don't have as much app saturation.

How do you update your app for the holidays? Show us in the comments below...