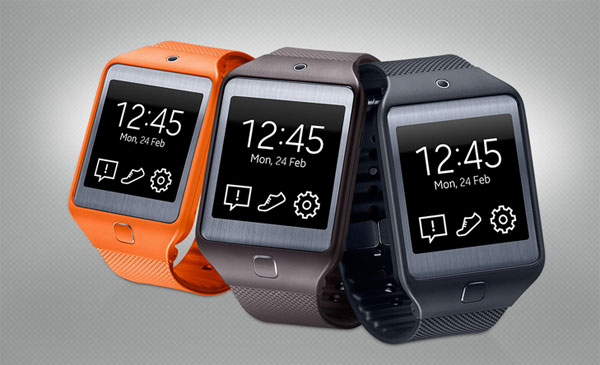 There is no shortage of opinions as to if the Apple Watch will be a success or not, even though it won't be available for a few more months. However, what most people do seem to agree on is that smartwatches are cool.

But the big question still remains...will they be widely adopted?

It is still too early in the game to tell. But Google and device manufacturers like LG and Samsung have certainly been leading the charge with Android Wear. Samsung alone owns 71% of the smartwatch market.

So while we wait for the Apple Watch to hit the market, let's take a look at what is already out there in the smartwatch world. If you are looking to create a smartwatch compatible app, this post will give you the top three things that you should know about developing and marketing Android Wear apps.

There are going to be a wide variety of Android Wear apps and use cases. They may become so popular that there will be a separate search function and ASO strategy for them.

But until that actually happens, having an app that is compatible with both a smartphone and a smartwatch looks like the best way to go. Let's take a look at why this is the case.

There are a few publishers that have already nailed their ideal smartwatch use case. One example is Runtastic, makers of the Runtastic Running & Fitness app.

The Android app has a ton of positive ratings and between 10 million and 50 million downloads. The app currently ranks in the top 10 for 12 single-word keywords and additional multi-word keywords. 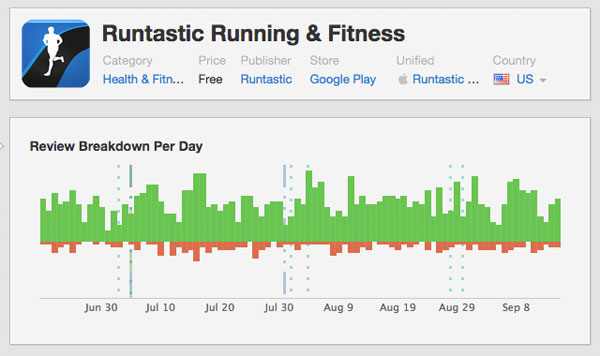 Runtastic has chosen to make their app compatible with both phones and smartwatches. This is a feature that they added in their last update.

The benefit of having an universal app is that all of the downloads and ratings are concentrated into one app. Provided the ratings are mostly positive, this will boost the search rankings of the app, regardless if people prefer using the app on their smartphone or smartwatch.

Now let's look at a company that has a different Wear app strategy. Evernote has chosen to create a separate smartwatch app.

There is no denying that Evernote is a great app and it seems like the Wear version is also well liked. But the watch app gets considerably fewer reviews.

At the time of this post, it only has 628 reviews. Compare that with the main app that has over one million reviews.

Since there are only a few reviews and between 10,000 and 50,000 downloads, the app does not rank well in search. In fact, it only currently ranks for keywords that are in the app name.

This is primarily because not many people have smartwatches yet. In addition, smartwatches may never have as many users as smartphones. If this turns out to be the case, then this will always put a smartwatch targeted app at a disadvantage.

However, keep in mind that we are only looking at this from an ASO standpoint. There could be other reasons why Evernote has chosen to take this route.

One reason could be file size. The Android Wear add-on app is 2.0MB. Evernote could have felt that this extra size would have added too much additional download time.

It could also be a marketing play, a way for them to take advantage of the novelty of smartwatches, since they are so new. Then they might roll the Android Wear functionality into their main Android app later.

We just want you to see that there are different ways to implement a smartwatch strategy. But from a strictly ASO point of view, having a separate download doesn't make much sense.

2. Fragmentation Isn't Going To Be As Much Of An Issue As You Might Think 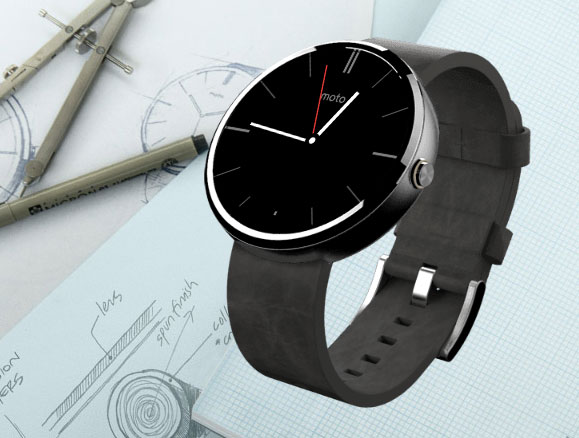 The biggest problem with developing Android apps is fragmentation. You have to test for a wide variety of devices, screen sizes and even versions of Android. Google has been working to fix this, but it can still be an issue.

Android Wear apps on the other hand, shouldn't suffer from nearly as many problems. This is because Google will maintain more control of Android Wear and not allow OEMs to do as much customization.

This means that Google can push out updates without having to worry about manufacturer tweaks. The end result is that more people will be on the most current version of the operating system.

So pretty much the only thing you have to worry about is designing for square and round watch faces.

Creating truly functional apps is what is going to determine the ultimate success of the smartwatch. Start thinking about how a smartwatch will really be used and only include what is absolutely necessary.

Much like how Windows Mobile tried to shove a desktop computer into a phone, some Android Wear apps feel like phone apps that are crammed into a watch.

You can do better.

The smartwatch era is just getting started and it is an exciting time. By studying the best methods for developing and marketing a smartwatch app, you can stay one step ahead of the competition. In addition, what you learn with Android Wear can probably be applied to Apple Watch apps.

What do you think about smartwatches? Will they be widely used devices? Let us know in the comments below...