Here are some apps that have had tremendous success, but are still not completely localized for all of the major app stores. As we were looking at our Games Leaderboard and App Profile Pages the other day, we noticed how glaring some of these opportunities are. If you need to learn how to read the information in the pictures below, check out our post on how to read the Internationalization Tool on our App Profile Pages.

Let's take a look at five of these apps and study how they could do better. If you need a model example of an app that has localized well, take a look at our previous post about Clash of Clans. Hopefully this post will open your eyes to the localization opportunities that are available and how even the most successful apps are not really taking advantage of this yet.

First up is Mystery Manor. This is an app that has decided to localize in only a couple of other non-English App Stores. Localizing for Russia has really paid off, and they are doing almost 8 times better than the average app, when it comes to having a percentage of their user base from that country.

Given that success, they are probably working on localizing for other countries as we speak. There is a lot of room for growth. This app is currently #13 on our Leaderboard in the Puzzle Games Category. 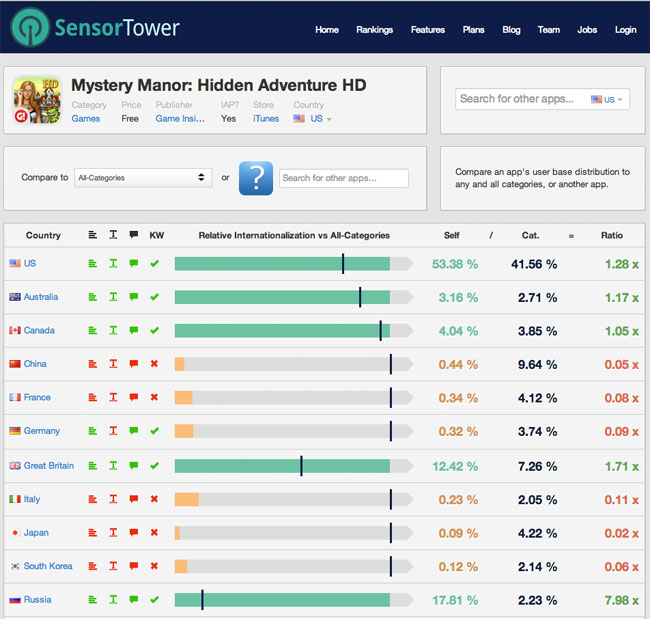 What would you have done if you were on the Titanic? This game takes you through a series of puzzle challenges that hopefully leads to you getting off the ship before it goes down. It is not always apparent what you have to do to move on to the next scene, and that is half the fun.

Their localization strategy is not a mystery however. Just like other apps on this list, their success comes almost entirely from English speaking countries. They do not localize for any of the other App Stores. Escape the Titanic is currently ranked #18 on our Puzzle Games Leaderboard. 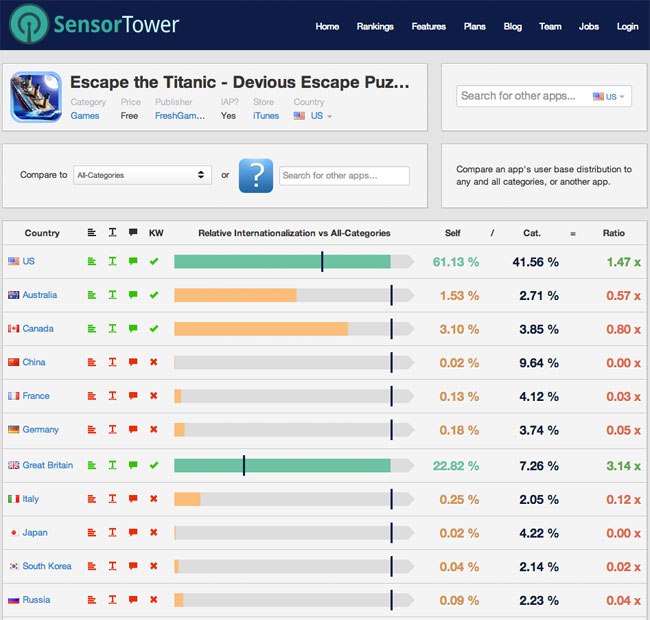 This game is currently #28 on our Leaderboard and their internationalization profile shows that this app owes its success entirely to downloads from English speaking countries. But it does not provide support for any of the other major app stores. It does have a little traction in France and Italy, but not because of localization.

What if they actually tried to target countries like China or Japan? Who knows how much more successful they could be. 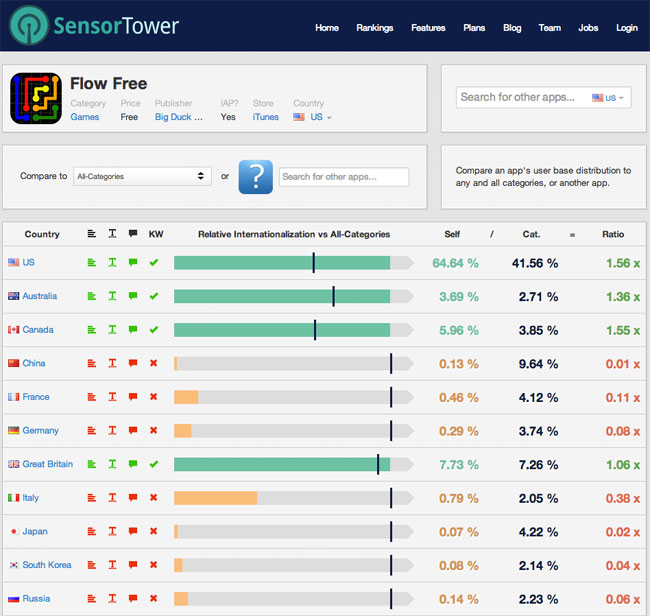 What would a list of puzzle games be without a Jigsaw Puzzle app? This app sits at #32 on our Leaderboard without doing any localization. But they do much better than average in the app stores that they are in, especially the US and Australia. 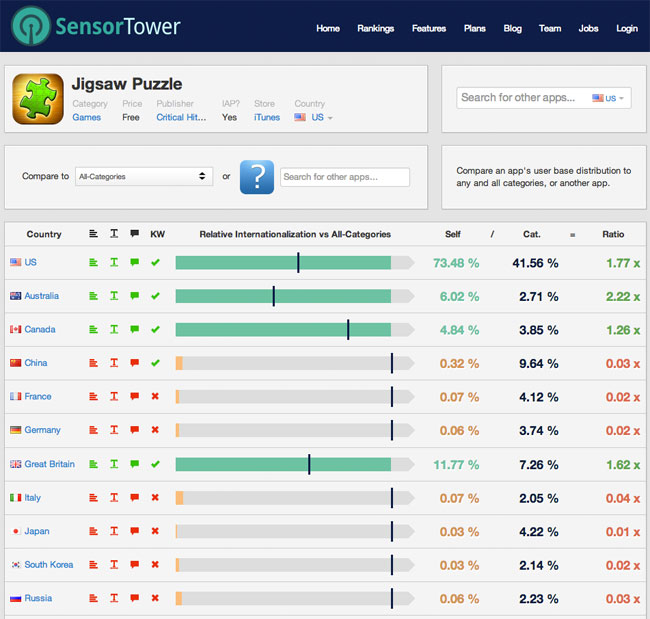 Finally, at #37 is Scribblenauts, a super creative game that allows you to bring a variety of items to life to help you solve puzzles. If you can imagine it, you can create it.

Need a robotic hippopotamus? No problem.

Warner Brothers has chosen to only localize for one country, in this case Germany. 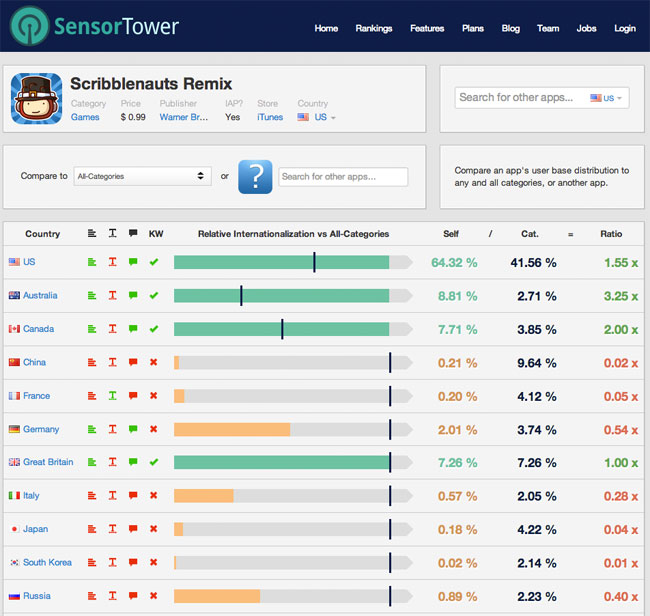 Doing so could give you an edge over your competitors. It is definitely worth looking into to grow the user base of your app.

If you have been apprehensive about localizing your app, let us know why in the comments below.

How Localizing Your Apps Can Double Your Downloads (link)

Should I Localize the Title of My iOS or Android App? (link)

Revealed: Localization Strategies of the Most Valuable iOS Apps (link)