In this guest post, TestNest CEO and co-founder Nick Kurat takes us through the most prominent types of app store page A/B testing, explaining the pros and cons of each.

A/B testing is becoming increasingly crucial on the app stores for a good reason: All the marketing assets connected with a potential user's decision to download have to be optimized for conversions. Otherwise, you might end up (unnecessarily) wasting your marketing dollars trying to guess at the most compelling creatives.

App store A/B testing has come a long way in a very short period of time. At TestNest, we spent a year and a half researching and building tools to speed up this evolution. Today, I want to share what we've learned about the most popular ways to handle app listing page A/B testing and compare the different approaches with one another.

The most basic A/B test you can do (but trust me, it's better you don't) is updating your app store page assets, keeping them there for a week, then measuring and comparing the conversions for the variations you have.

This takes up a lot of your time, especially when performed against the Apple App Store, as it takes Apple about a week to actually approve your update. In addition, you can't guarantee that the sample of app page visitors you're receiving is uniform. You may get enough visitors on your page for about a week, but then a blog might post an article about your app, and, because of this, a completely different audience will be directed to your page, which will throw off the results of the experiment. I honestly can't think of upsides to such an approach. 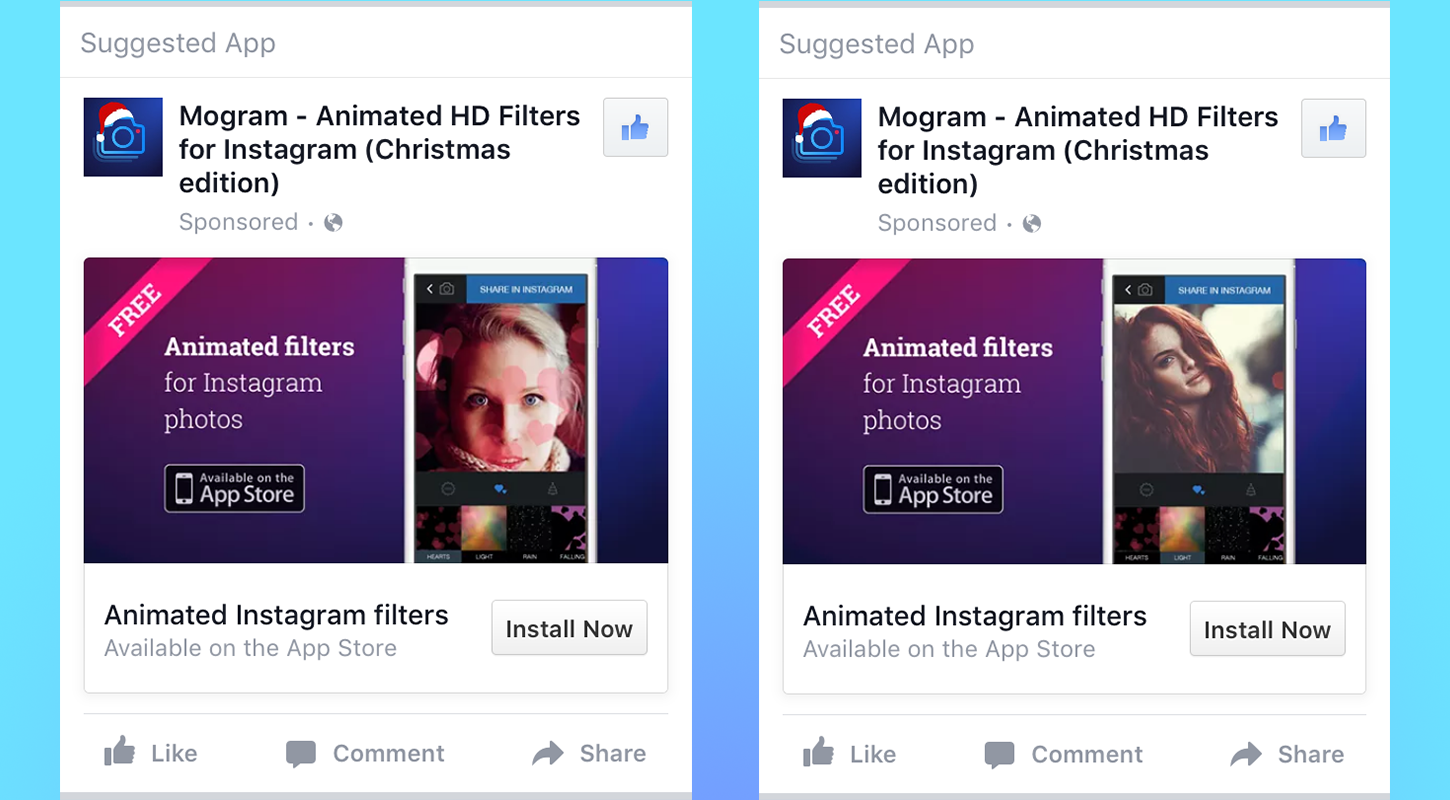 Another way of testing page assets that we've seen used is placing your icon graphics or screenshot creatives onto a Facebook banner and then measuring the number of clicks it receives. This is a better option compared to the previous approach, because you at least get a proper traffic split between the variants. However, we find this approach extremely limiting in general, as you end up tracking how users react to the banner with your icon, and not to the app listing page itself. 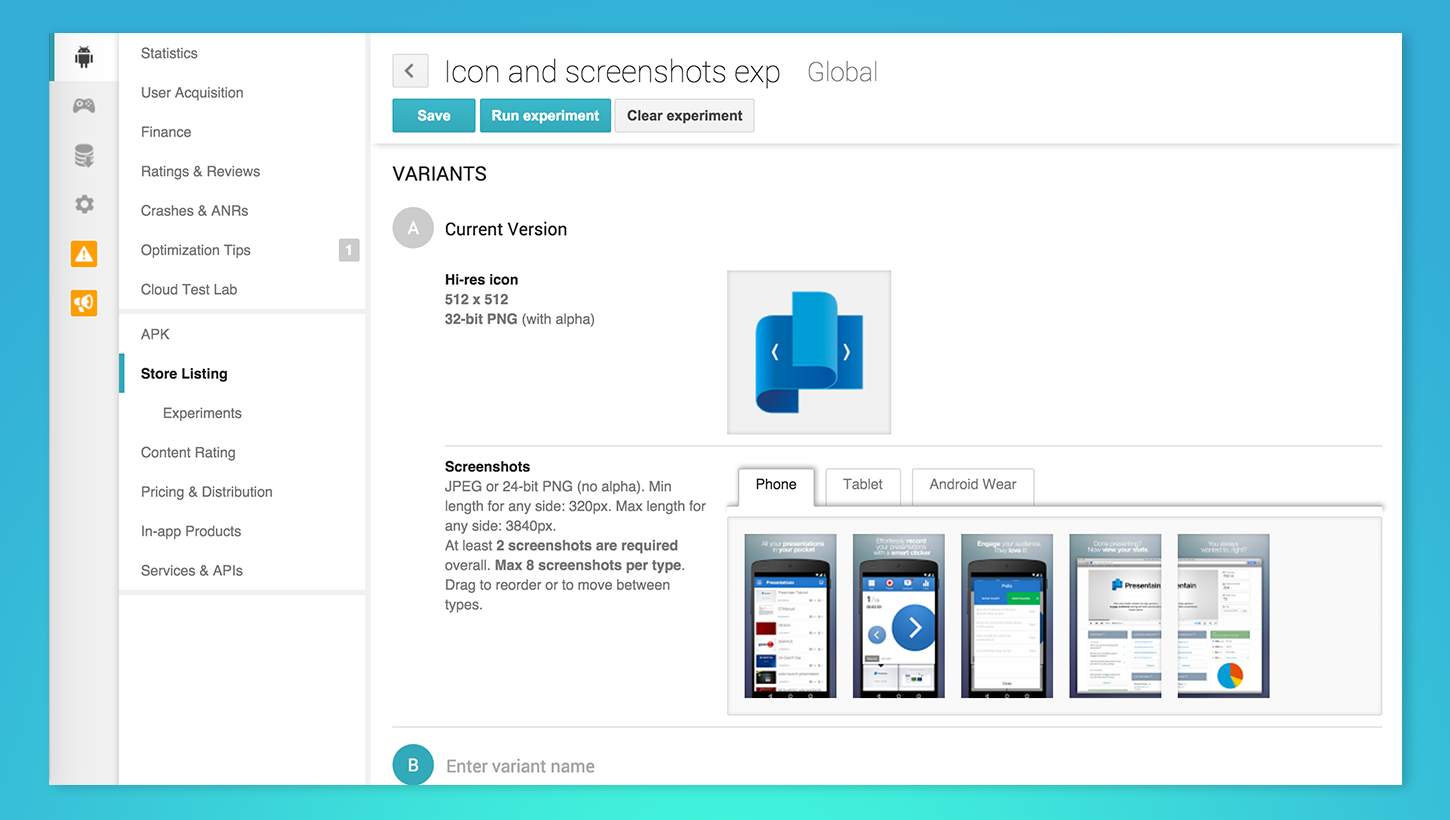 Last May, Google introduced its own A/B testing platform for app listing pages. It's a nifty little tool that has its pros and cons (which I'll go over below), but it's definitely a step forward from testing app pages via successive updates and Facebook banners. 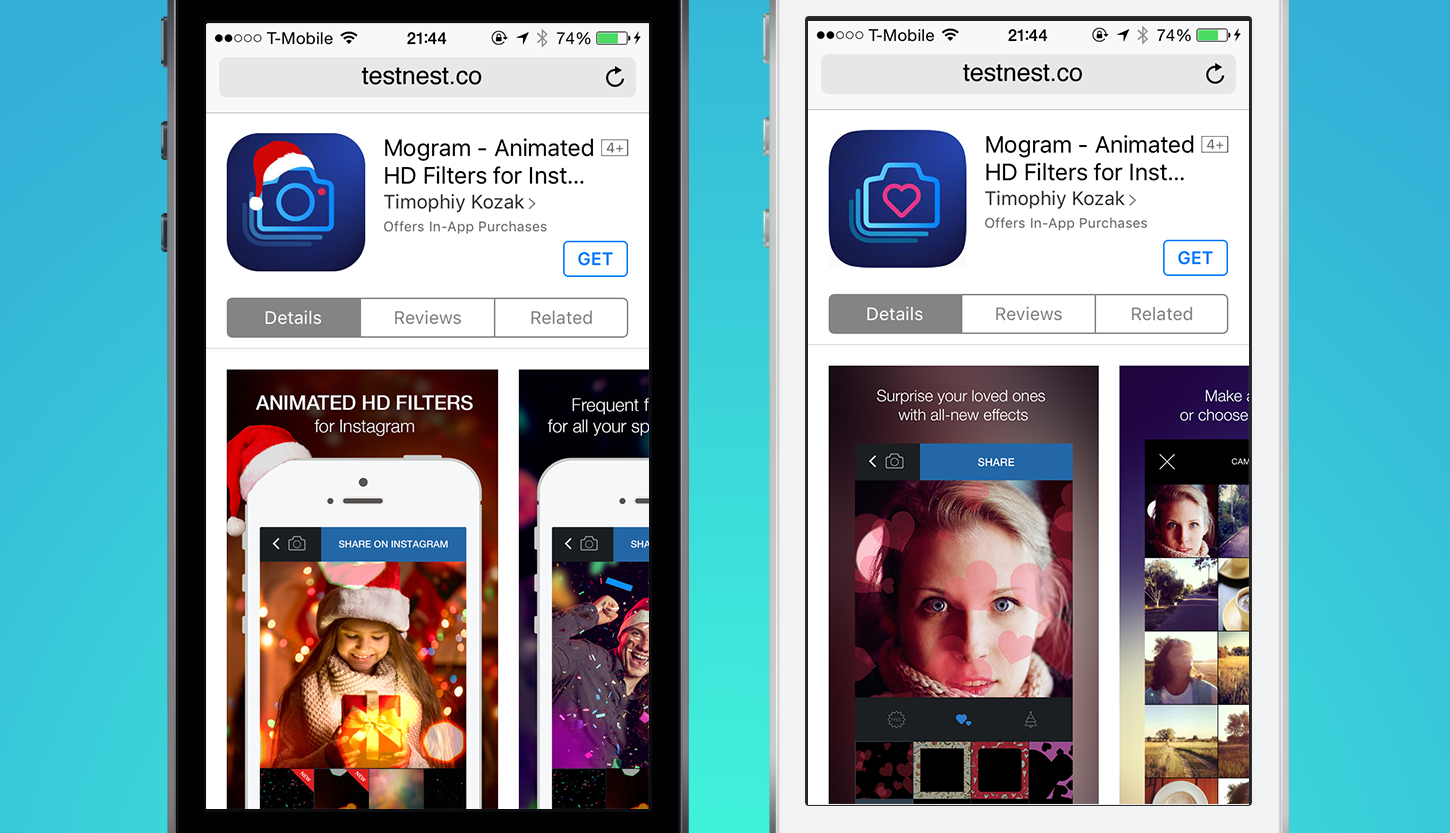 The other approach to testing app listing pages is via a "fake" app store page. In order to do this, you create a web landing page that looks exactly like an app store page, drive traffic to this page, then measure the results. Of course, just like the other approaches to split testing, it also has its pros and cons. 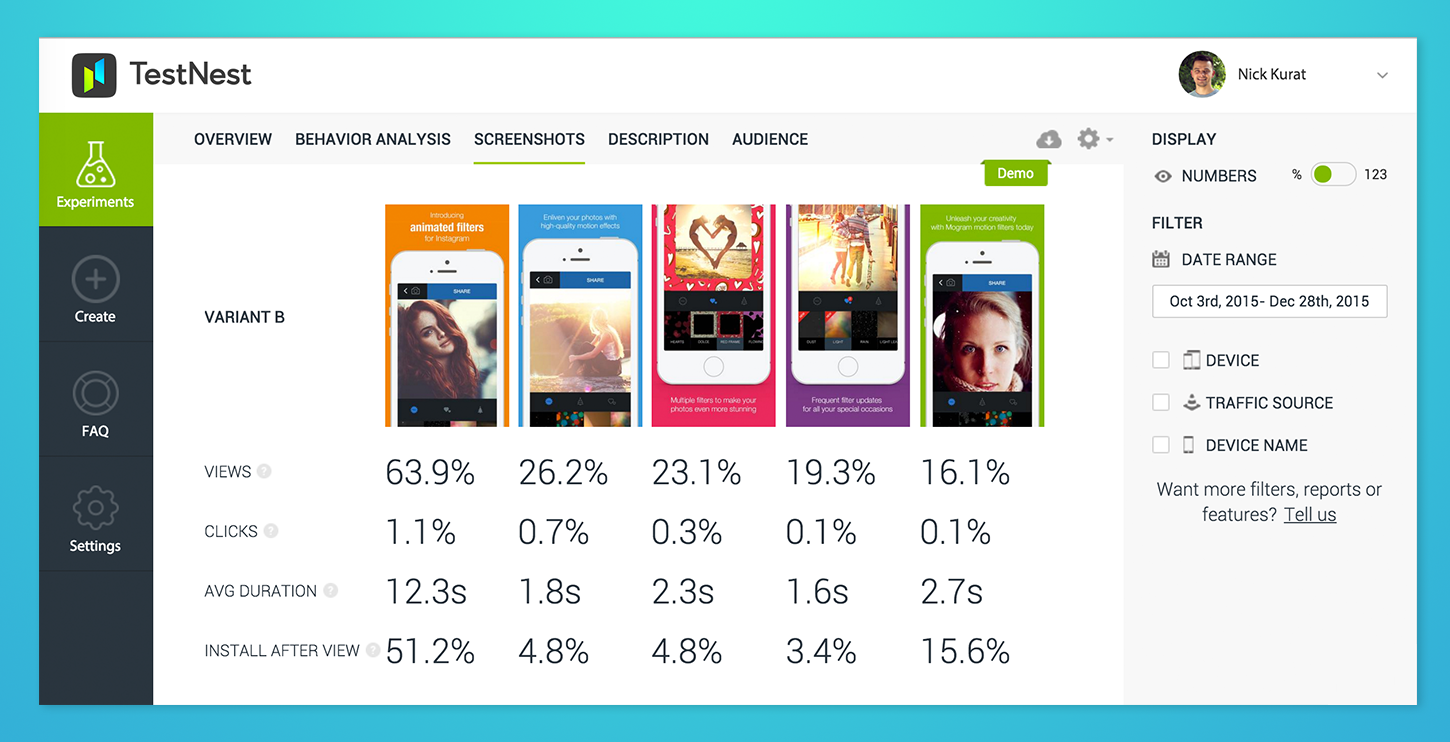 While A/B testing app store pages is a great idea, not all of the approaches are equally useful. In fact, some can be misleading and drive you towards the wrong conclusions. Each approach has its pros and cons, but we've found that "fake" app store page testing offers the most value with moderate limitations.

If you have an Android app that already launched and you plan to test graphical assets (icon, screenshots, video), you definitely want to check out the Google Play Developer Console. If you're looking for pre­launch testing for both Google Play and Apple's App Store, as well as deeper user behavior analysis, a solution like TestNest is your best option.

I'd love to hear more about your personal experience with app store A/B testing—feel free to share it in the comments below.