After the first Apple Watch announcement, we talked about how it should drive engagement with your app and ultimately help boost your search rankings. But after that presentation, we were still in the dark as to how much the watch would cost.

The March Event yesterday revealed that final detail. In this post, we will examine why the pricing matters and how app publishers can take advantage of it.

Apple Watch will be priced as follows:

Now let's look at how other popular smartwatches are currently priced:

It still remains to be seen if they will be right or not. But given their track record, we have no reason to believe that they will be wrong. So assuming that Apple Watch will be a success, what is going to be the advantage of publishing watch-enabled iOS apps as opposed to watch-enabled Android apps?

The bottom line is that publishers will know with greater certainty that they are reaching an audience with higher disposable incomes.

iOS users generally spend much more then their Android counterparts. Apple Watch may help you identify people within this already profitable user base that are willing to spend even more money.

Apple has always priced its products at the upper end of the spectrum. But pricing has usually been in the same ballpark, relative to similar products on the market.

For example, a Samsung Galaxy S5 (with contract), goes for about $129. A similarly equipped Apple iPhone 6 (with contract) costs $199, only a $70 difference.

But Apple Watch will have as much as a $750 premium over a Galaxy Gear S and a minimum $9,000 premium for the Edition line. Never before has there been such a huge premium on Apple products.

To take it one step further, let's examine the luxury watch market in general to see where this new offering fits in. This should give you a broader understanding of the people who will buy these watches and the advantage of developing integrated apps.

All Watches Are Luxury Items

With the introduction of the quartz watch in the 1970s, the Swiss watch establishment faced extinction. Here was a watch that was more accurate, had a bigger power reserve and was much cheaper to produce.

In a similar manner, mobile phones should theoretically make all watches obsolete. Most people have smartphones that tell time perfectly. You don't even have to remember Daylight Saving Time changes. Heck, even dumb phones work well as pocket watches.

Therefore, anyone with a mobile phone and a watch, wears a watch for an entirely different reason than just telling time. Whatever their reason, it is ultimately a luxury.

But that alone is not enough of a reason to target Apple Watch users. After all, someone could have a smartphone and wear a $14.99 Timex from Walmart. They probably won't buy a smartwatch.

However, a good portion of the target audience for the Apple Watch should be luxury watch lovers and there is currently a gap in "luxury digital." To date, attempts at a "smartwatch" have been half-hearted, at best.

One example has been the bolt-on Montblanc strap that syncs with your smartphone. It adds $300 to the $3,000+ price tag of a Montblanc watch. 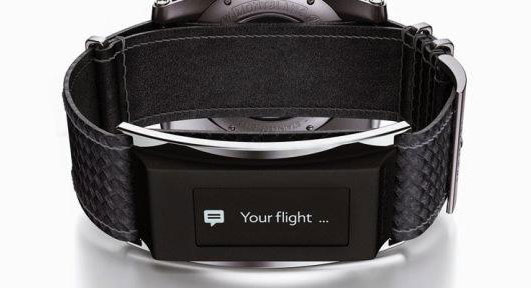 I personally believe that these high-end mechanical watch makers should stick to what they do best. There doesn't seem to be a good way to combine smartwatch functionality with the beauty of mechanical movements. At least not yet.

But the point is that the Apple Watch is not overpriced (by luxury watch standards) and nobody has been able to fill that niche in the market.

A low end Rolex will cost at least $5,000 and that's just the stainless steel model. Even a high-end Apple Watch at $1,000, puts it squarely in low-end Tag Heuer territory.

So before you write off Apple Watch as overpriced, put into the context of the overall watch market. Now let's take a closer look at what people are going to be willing to pay a premium for.

Will Edition watches ever be worth as much as a high-end Patek Philippe or Audemars Piguet? Probably not.

But then again, you never know.

A Watch With A Computer, Not A Computer That Looks Like A Watch

This is an important distinction.

Apple really understands that a watch is fashion first, computing second. This is what should finally make smartwatches appeal to people who value the overall aesthetic, over pure function.

To get a good idea of the difference, let's take a look at the first "widely popular" smartwatch, the Pebble. There are no frills, it is a solid watch at an affordable price.

But it is noticeably lacking in features and refinement. The display is pixelated and the design is clunky.

Even the best smartwatch offerings have been mediocre, at best. I think most people would agree that the best design to date is probably the Samsung Gear S.

It looks really cool. But again, it is an attempt to make a computer look like a watch. It is not an attempt to create a solid watch.

Seriously, who wants to type on a watch keyboard? Why is there an exposed SIM card door? 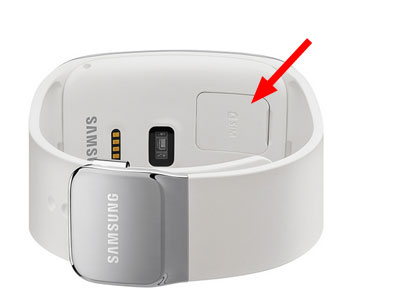 There is nothing inherently wrong with these devices. They appeal to a certain segment of the population.

But as an app publisher who is looking to maximize your return on your app, this is not the ideal sandbox to play in. People who will buy the Apple Watch will be willing to pay more a product that is much more refined.

Finally, no discussion on luxury would be complete without mentioning the ultimate luxury...time. According to a beta group of Apple Watch users, the biggest benefit that they saw was the fact that they didn't have to pull out their phone and navigate to an app.

They say that it saved them a lot of time during the course of their day. So this is something that you should keep in mind. Figure out how to keep users from pulling out their phones and they will appreciate it. This will also prevent them from using competing apps that aren't Watch-enabled.

So if your app could be integrated with Apple Watch and you have the resources, you should certainly explore the possibility. There are no guarantees, but if you target your offering correctly, it will help you stand out on the App Store and tap into a potentially very lucrative demographic.

App marketing aside, would you wear an Apple Watch? Why or why not? Let us know in the comments below.