For this week's edition of Apps We're Watching, we're taking a look at the app-related announcements made by Facebook at this year's F8 developer conference. The social giant is going all-in on live broadcasting and A.I. agents in its apps—and we have details. 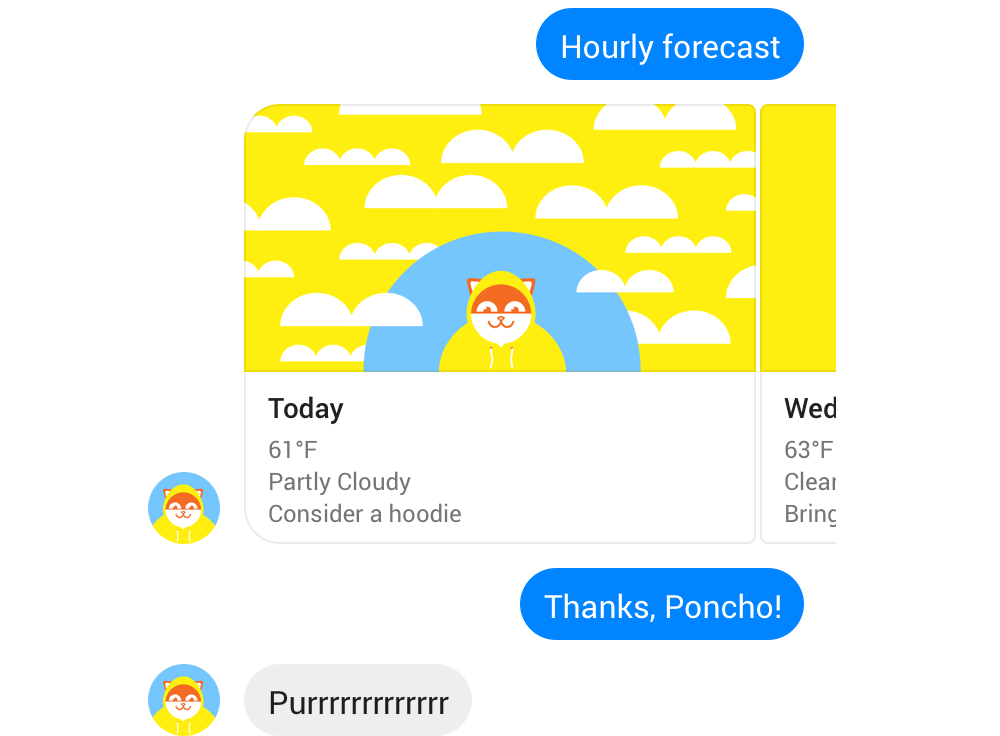 Poncho, one of the initial bots available on Messenger, delivers weather info—and purrs.

Easily the biggest announcement at F8 related to Facebook's core apps was the introduction of bots for Messenger. Rolling out now, these digital agents are the buzz of the tech world at the moment, but time will tell if they become true "app killers"—or mostly a means for automating customer service.

Early reviews are mixed, to say the least, so we'll probably have to wait a while to see how more matured offerings fare in Messenger before we can call them the future of the messaging category.

Are they a "threat" to apps as we know them? (Apart from Messenger, of course.) We've seen this posited many times in the past few days, and we keep coming back to the fact that countless iOS and Android devices have had sophisticated, integrated "bots" for several years now—in the form of Siri and Google Now—and yet apps are still here, and still thriving. 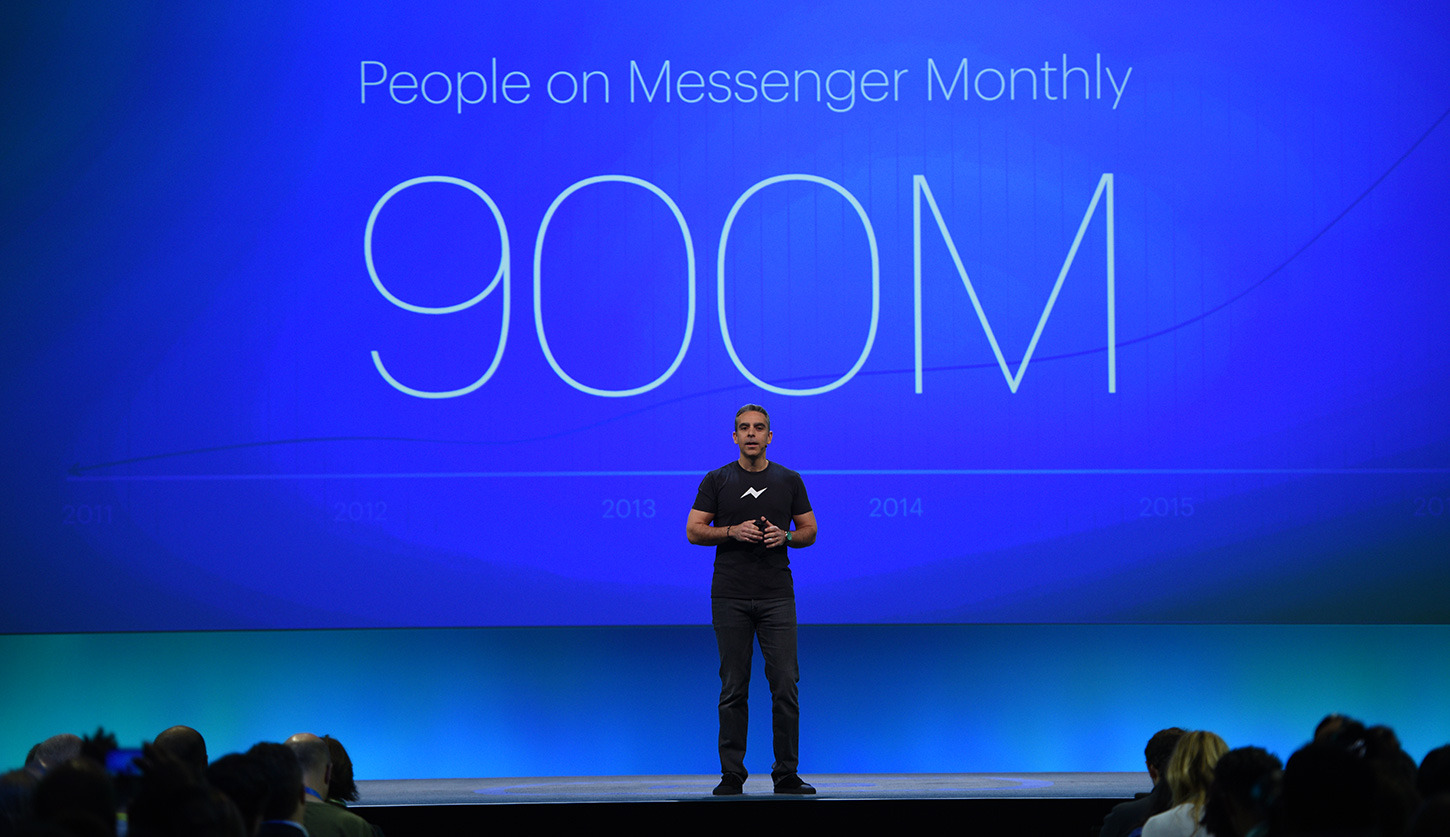 Bots weren't the only major Messenger related news out of F8. It's more of a data point—an interesting one for sure—but Facebook revealed some usage numbers for both Messenger and WhatsApp. David Marcus, Facebook's VP of messaging products, announced that Messenger has reached 900 million monthly active users, up 200 million from last year's F8 conference. 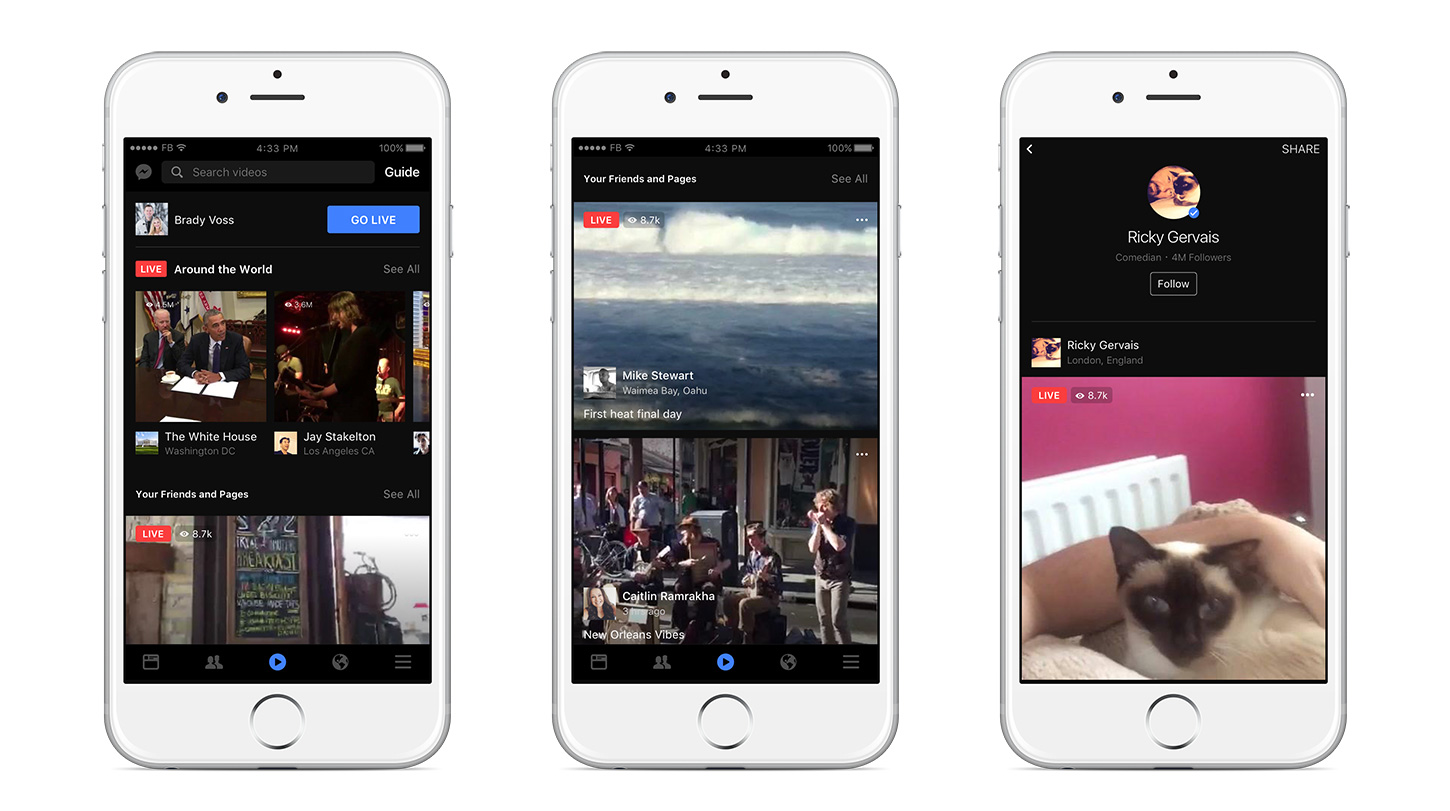 Although live video on Facebook—and in the Facebook app—has already rolled out, F8 brought word that the company will enable integrations with third-party products, such as drones, to stream video through the platform. This comes as prominent streamers are already seeing millions of concurrent viewers (in some cases) during their Facebook broadcasts.

While Facebook clearly has an advantage when it comes to audience size given its prolific presence, the rate and extent to which users engage with this content—and creators gravitate to the platform—could signal larger trends to app developers eyeing a move into live streaming on mobile.