Welcome back to Apps We're Watching, Sensor Tower's weekly look at apps in the news or making big moves on the App Store and Google Play. This time, we have Amazon taking aim at Netflix, a surprising monetization move by Snapchat, and the launch of an app from the co-creator of Napster.

The week began with big news on the streaming media front: Amazon would begin offering its Prime Video service as a stand-alone monthly subscription, unbundled from its yearly (and now also monthly) Amazon Prime service. For $8.99 per month, Amazon users can now watch Prime Video content in the Amazon Video app and elsewhere at a price point comparable to Netflix's current monthly subscription.

While we're only a couple days removed from the announcement, we've already seen a some movement in Amazon's U.S. App Store ranking. As shown in the App Intelligence chart below, Amazon Video reached its highest rank so far this year in the Entertainment category for iPhone on March 18, the day of the announcement. This is a good indication that newly minted monthly subscribers are also becoming new Amazon Video app users: 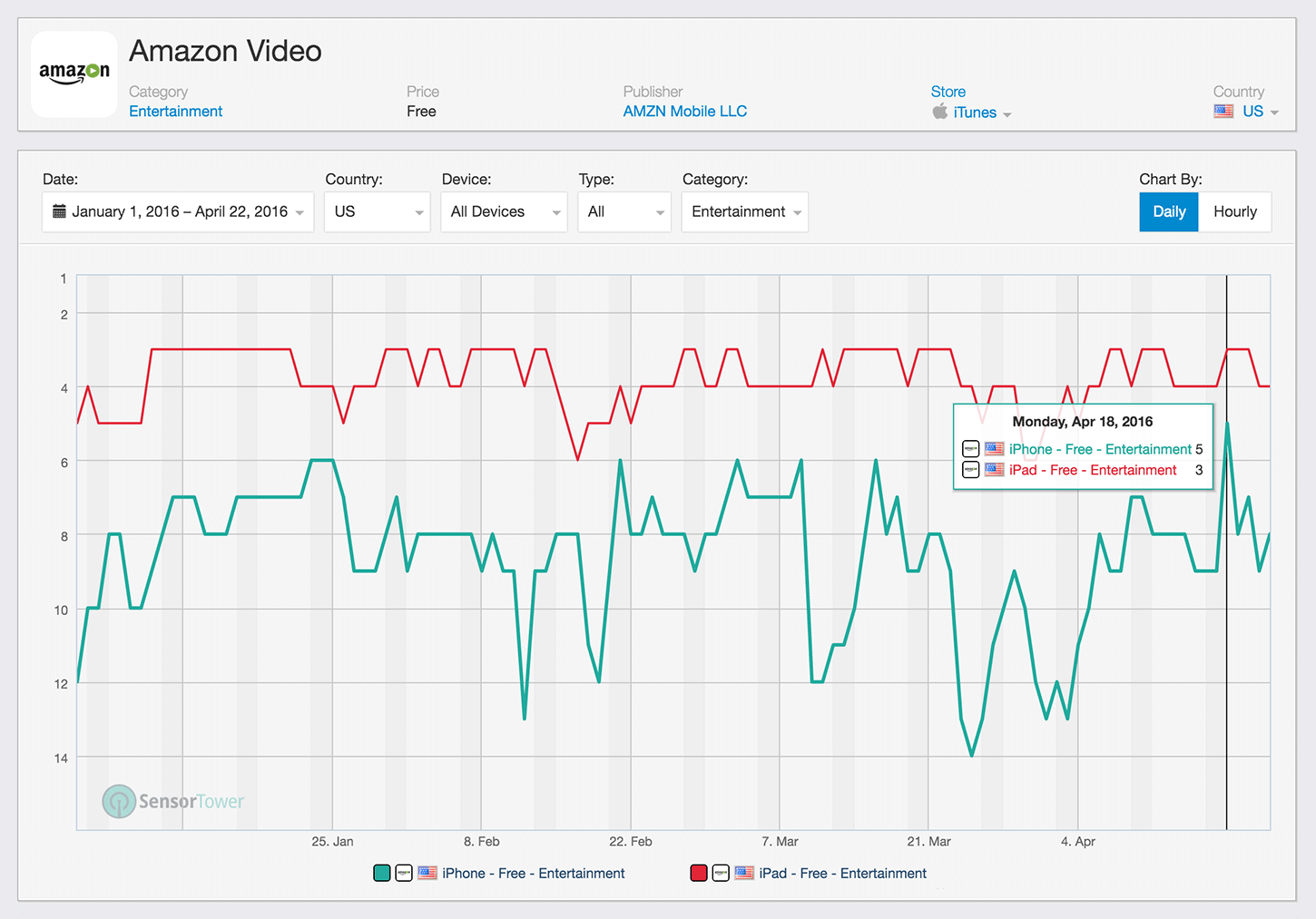 The rate at which Amazon Video downloads grow over the coming weeks and months should provide insight into how Amazon's new pricing strategy is faring. We're also eager to see if the company follows the lead of other video streaming apps such as HBO NOW and Hulu by letting mobile users subscribe to its monthly service via IAPs.

In a move that signals the company is going all-in on monetization through advertising, Snapchat this week removed its last remaining in-app purchase: the ability to buy unlimited replays of snaps. The change arrived yesterday as part of a new version of the Snapchat app that also introduced a face-swap lens.

Prior to this release, users of the app were able to purchase bundles of replay credits—starting at 99 cents for three—that would allow them to replay any snap as long as they had credits. Now, users will only be able to replay a snap once before it's gone forever, a change that reflects the original impermanent nature of the ephemeral messaging app. 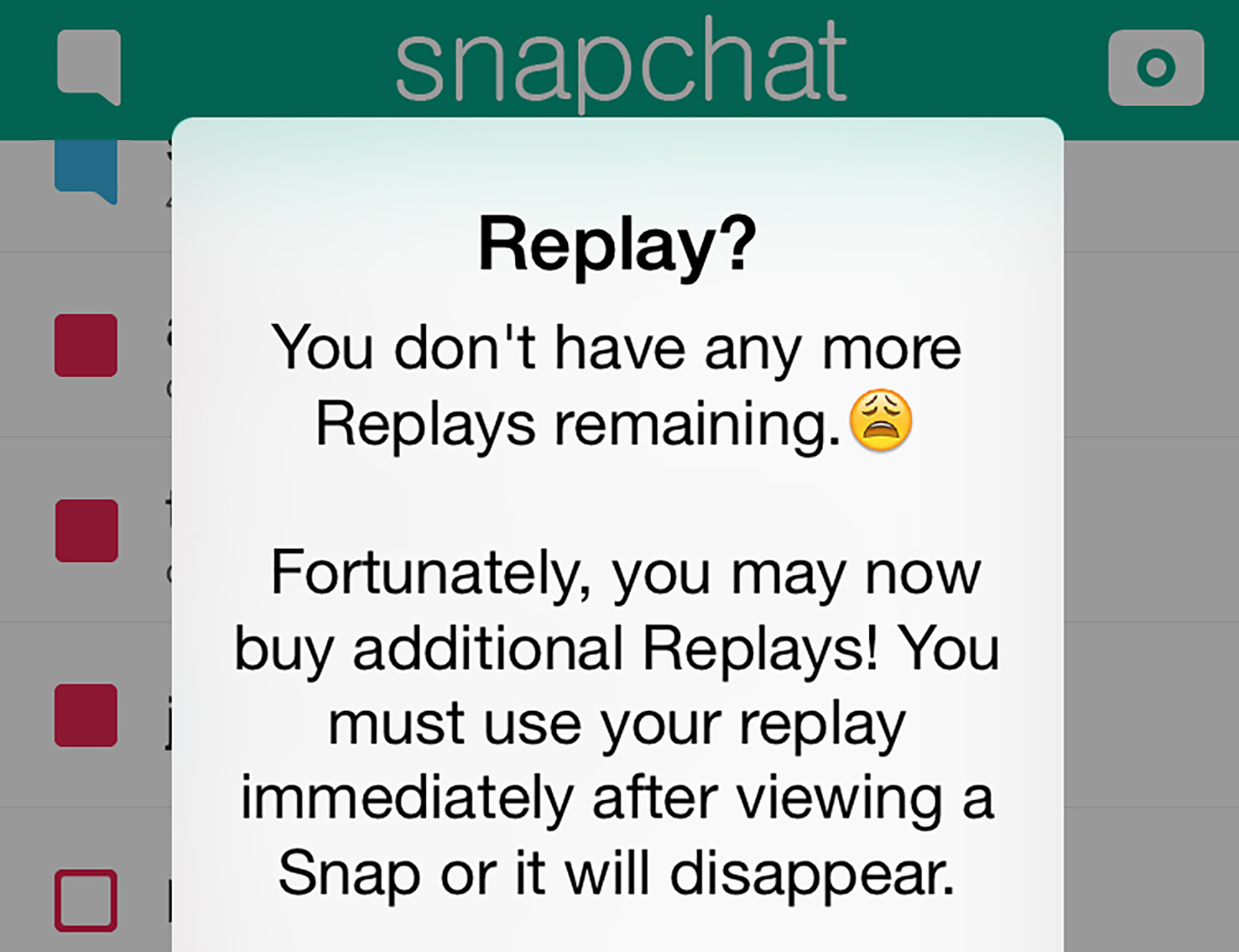 Replays were the first IAP introduced by Snapchat.

This move comes just over than two months after Snapchat eliminated paid lenses from its app. At that time, the company said that it would refocus its monetization on sponsored lenses and advertisements going forward, and the removal of the remaining IAPs further reinforces this shift.

So far, user sentiment as tracked in App Intelligence's Review Analysis module appears unaffected by the removal of paid replays. In fact, we've actually seen a few users hailing the return to self-destructing snaps in their reviews. 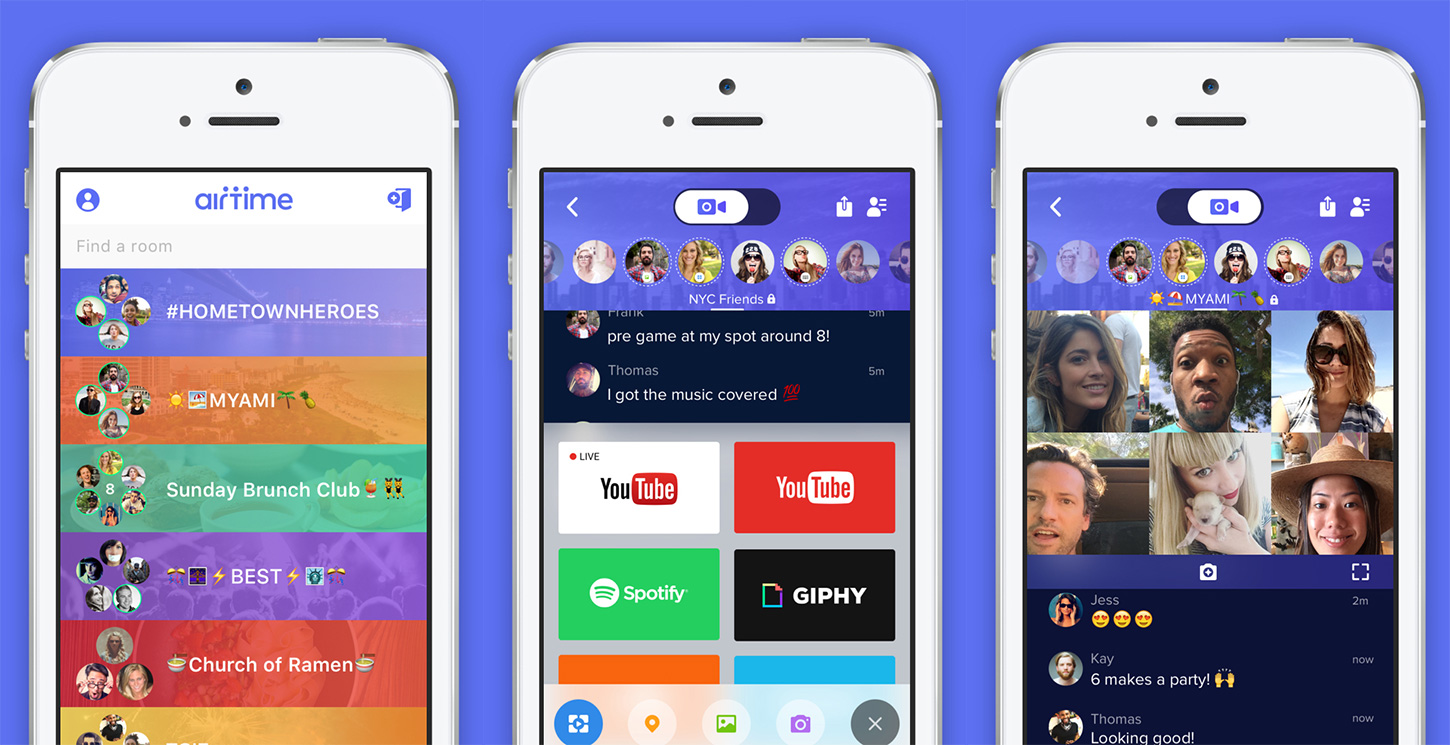 Airtime hopes to set itself apart from other group chat apps through its media sharing features.

This week's final app we're watching is Airtime, a name that may sound familiar if you've been following the exploits of Napster co-founder Sean Parker for the past few years. Originally launched as a Chat Roulette style website in 2012 by Parker and Napster co-creator Shawn Fanning, but later shuttered, the new app retains some of their early ideas but has pivoted to become a group chat platform with a unique twist: media sharing.

In Airtime, users can join up to five friends (or strangers) for live text and/or video chats with the ability to group watch videos and listen to music from services including YouTube and Spotify. It's a novel concept that earned positive reviews during a soft-launch in Sweden—under a different name for secrecy—and the app has entered the top 200 in social networking on the U.S. App Store within its first two days of availability.

Will users embrace this reimagining of Airtime? We'll certainly be watching to see.