Revenue in 2021 represented the title’s best full-year performance to date, with player spending up 45 percent year-over-year. Sales were boosted by the launch of the shooter in China December 2020, with the title picking up $104.5 million on that country’s App Store alone last year.

Call of Duty: Mobile ranked as the No. 14 revenue generating mobile title globally in 2021, making it the No. 3 mobile shooter behind Garena Free Fire from Garena at No. 2 and PUBG Mobile–including its China localization, Game For Peace–from Tencent at No. 1. According to Sensor Tower Game Intelligence, since Call of Duty: Mobile’s release, the shooter genre as a whole has continued to grow, with player spending rising by 50 percent Y/Y in 2020 to $5.7 billion, followed by a further 10.5 percent increase Y/Y in 2021 to $6.3 billion. 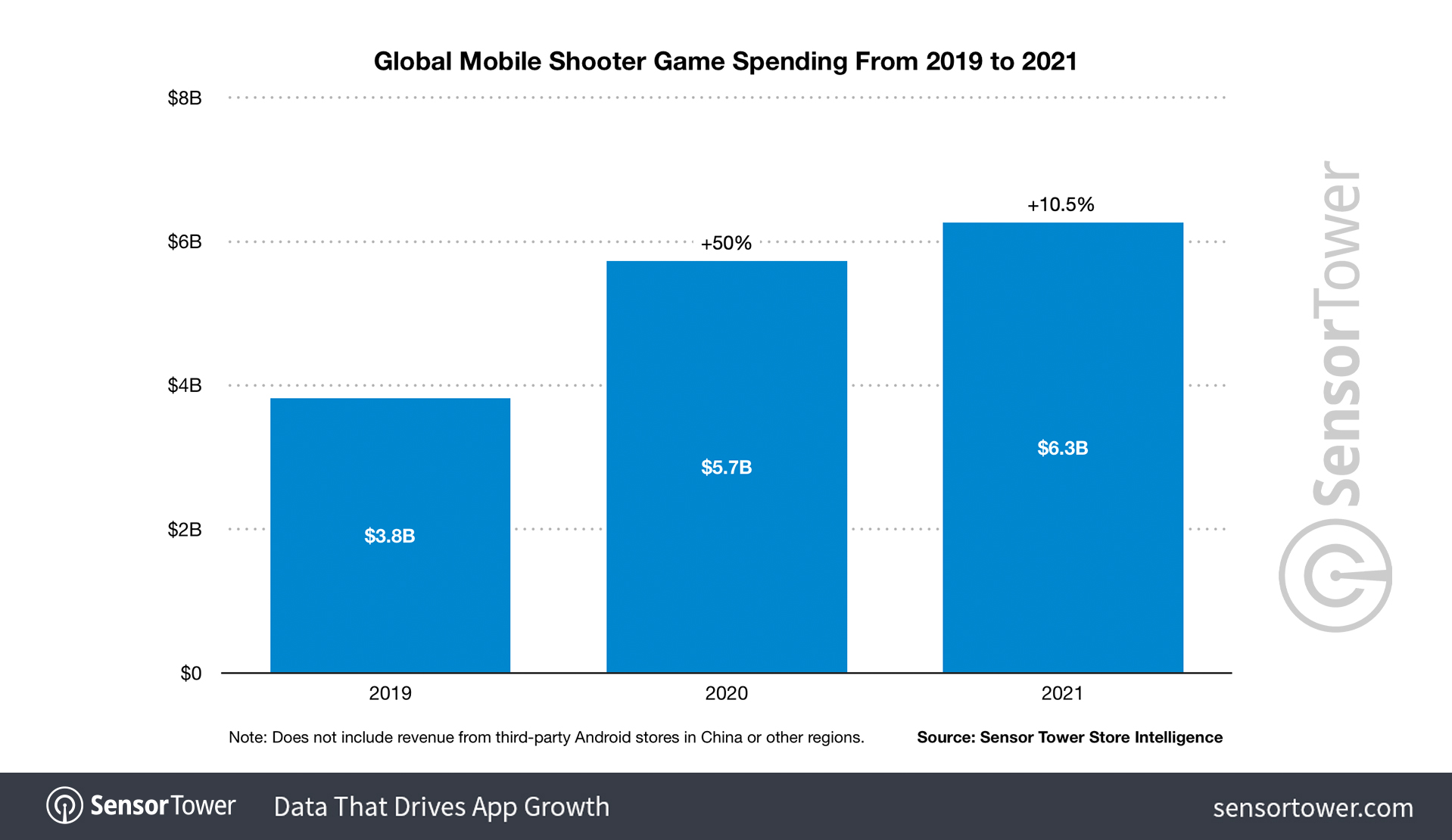 The U.S. ranks as Call of Duty: Mobile’s top country for worldwide revenue to date, with the title generating more than $647 million in the country, or approximately 43 percent of total player spending. Japan ranks No. 2 for revenue, while China rounds out the top three.

Nearly 29 months since it officially launched globally, Call of Duty: Mobile has become one of the world’s top revenue generating mobile titles. Its success, along with that of PUBG Mobile, has taken the shooter genre to new heights on mobile, with the category ranking as the No. 5 genre for global player spending in 2021. The performance of the top titles in this genre has also helped inspire other big console and PC IPs like Apex Legends and Battlefield Mobile from EA to make the jump to mobile, with rival publishers hoping to gain a piece of the ever more lucrative shooter game pie.