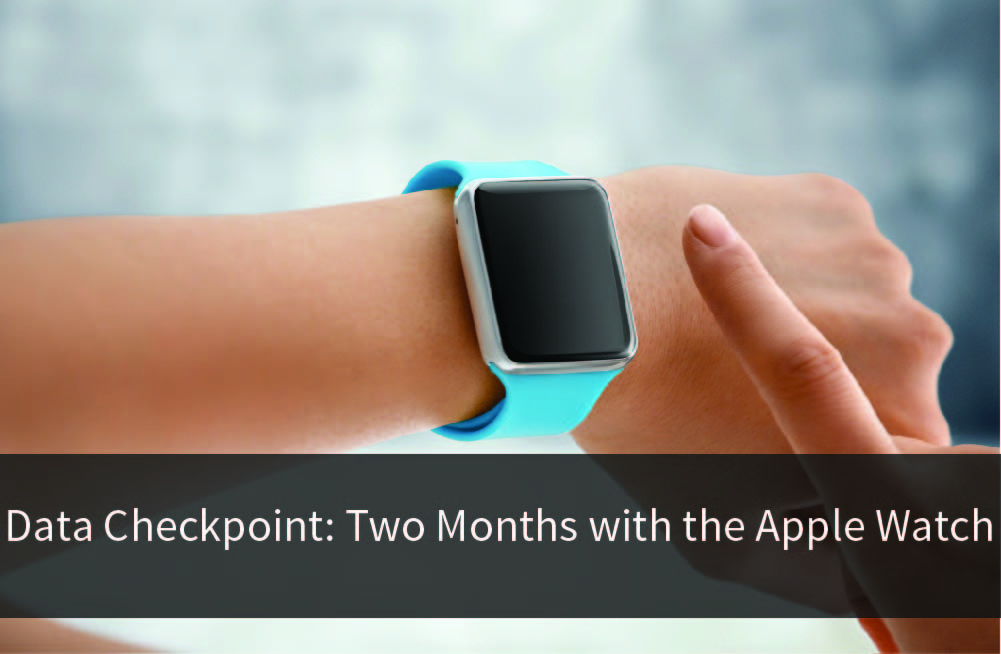 Tomorrow marks the two month anniversary of Apple Watch. Early adopters have been more than willing to share their initial feedback, which covers the anticipated spectrum (from new toy joy to "meh" and disappointment).

But how has this new mobile marketplace been developing? We've used our data to create an Apple Watch update, in order to help developers and publishers plan their next steps in conjunction with the device.

On launch day, the App Store for Apple Watch was already stocked with 3,000 apps from third party developers. In just two months, that number has more than doubled. Close to 7,400 compatible apps can now be downloaded for use with the device.

Right now, 0.5% of all apps in the App Store are Apple Watch compatible. This number will only continue to increase, especially because an improved operating system (watchOS 2) has already been announced. Most importantly, watchOS 2 allows developers to build native apps for the device. They'll also be able to incorporate more of Apple Watch's built-in features into their products.

In our original post on Apple Watch, we mentioned a study with Apple Watch beta testers. These individuals reported that the biggest benefit of the device was that it helped save time. No surprise, then, that the Utilities category is by far the best represented amongst Apple Watch apps, with Lifestyle and Productivity also represented in the top 5.

Because we know that the Games category is a global download leviathan, game developers worked to ensure their representation in the new marketplace as well. 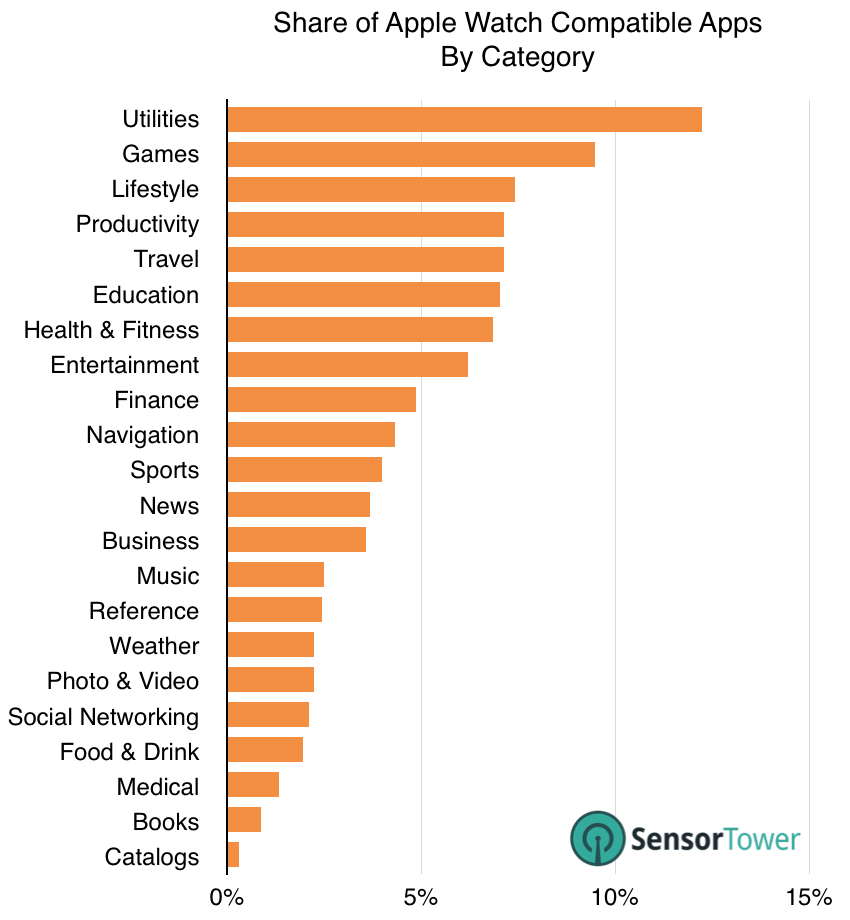 As for our least represented categories, it looks like no one's willing to read "Moby Dick" or L.L. Bean's summer issue on their wrist just yet...

Because Apple Watch apps are tethered to iPhone / iPad counterparts, the graphs reveal downloads and revenue across all iOS devices. We've only represented apps that currently have Apple Watch compatibility. 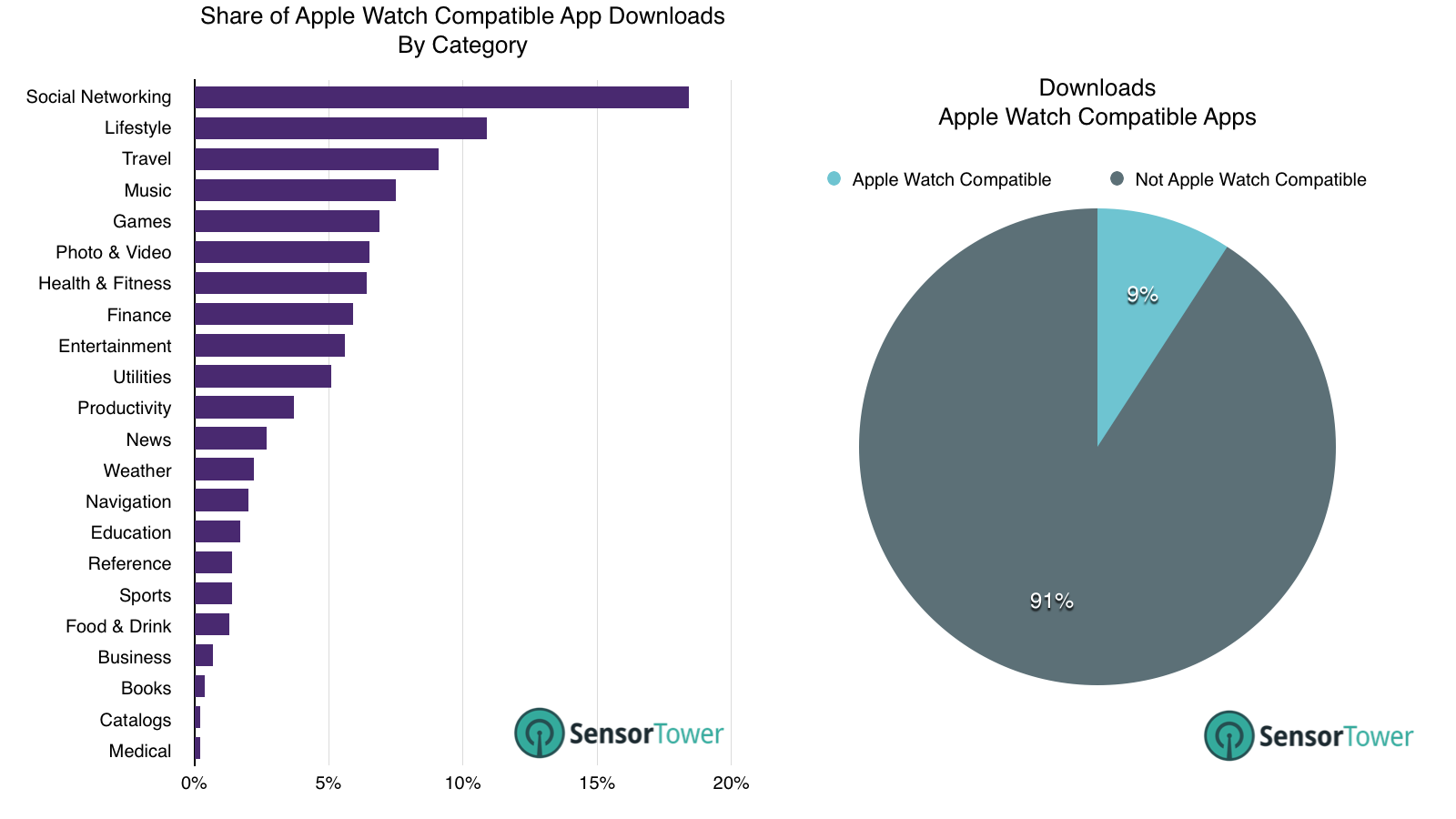 Looking at the pie chart above, keep in mind that only 0.5% of all iOS apps are compatible with the Apple Watch. But even though the grand total is less than 1%, Apple Watch compatible apps are generating 9% of all downloads in the App Store.

For revenue, we see a similar gap. Apple Watch compatible apps are generating 5% of total revenue from the App Store. 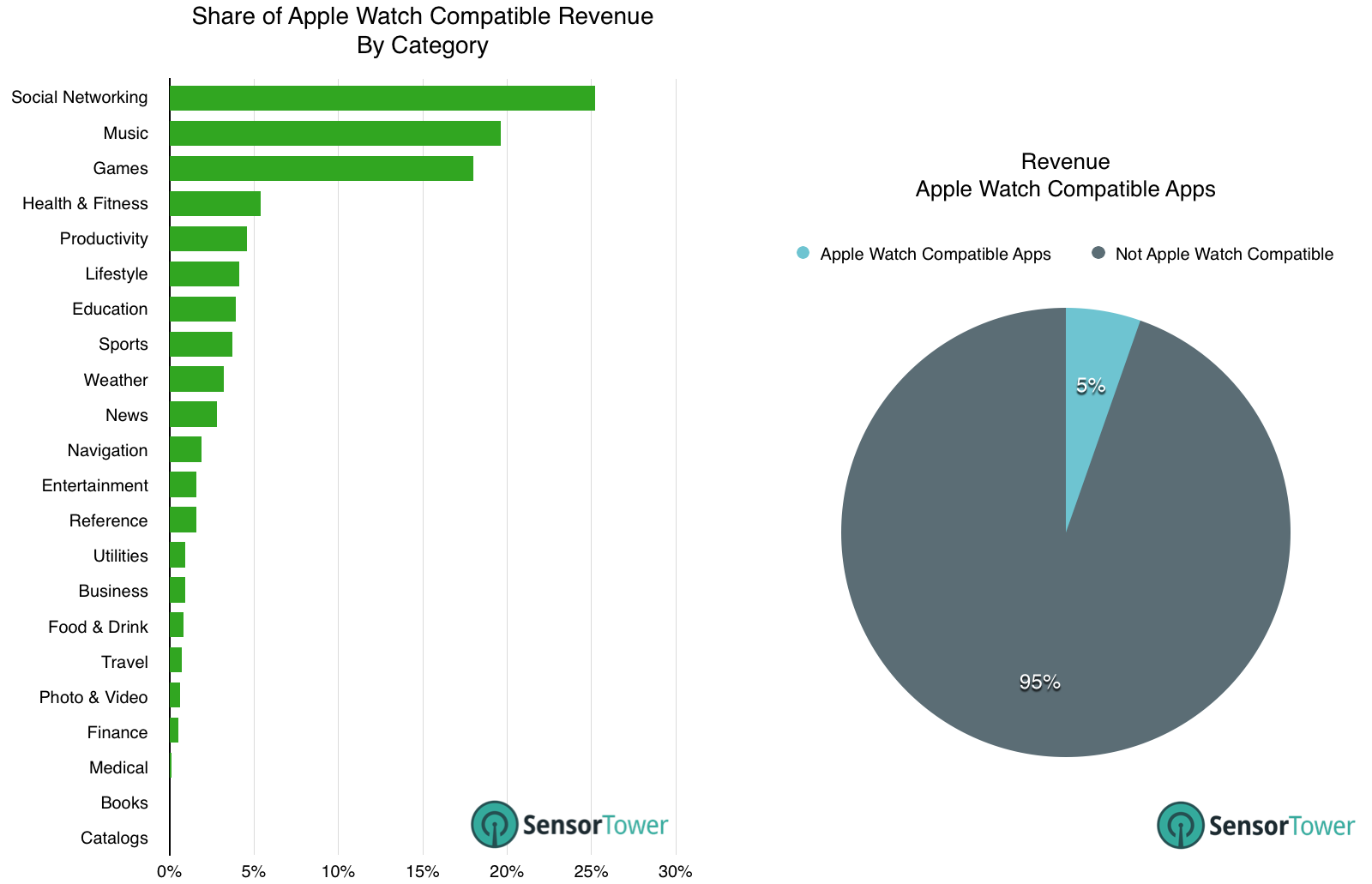 A recent article by Forbes, entitled "Apple Watch Is Not Yet A Home Run With Users, Survey Shows," inspired us to take a look at app reviews mentioning Apple Watch experiences.

For this study, we looked at apps with at least 5 reviews mentioning Apple Watch. We calculated the mean rating of reviews mentioning Apple Watch, as well as the mean rating of reviews that did not mention Apple watch, for each of these apps. We then calculated the median of each of the two average ratings across the apps in our sample. 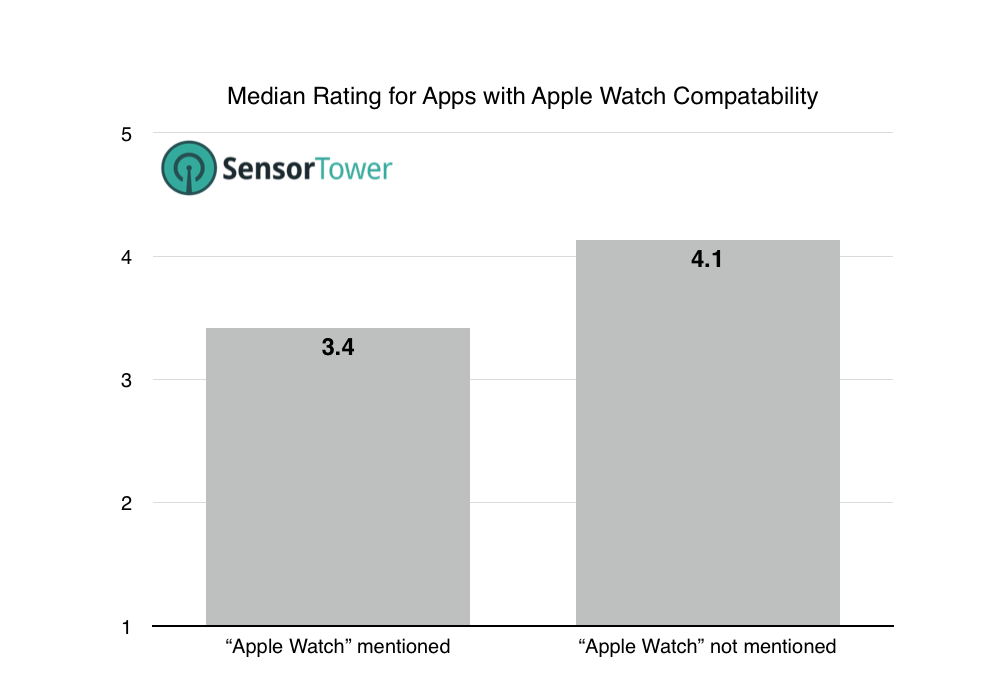 As you can see, reviews mentioning Apple Watch tended to include a lower rating than other reviews. This median rating is still considered "positive," but it's clear that developers have some work to do on watch versions.

Keeping an Eye on Apple Watch

This fall, we'll begin to see the results of the watchOS 2 introduction. Which categories do you think will grow, as a result of access to more Apple Watch functionality? Do you think satisfaction with Apple Watch apps will increase with the rollout of native apps? Place your bets in the comments below... We'll circle back when the data is in!