In the last interview, we found out how Tapps Games went from zero to over 10 million downloads in less than two years. But they had a team behind them that could help them scale quickly.

What about the indie developer who is trying to make it on his own? In this post, I interview Varun Goel and find out how he got the idea for his app, how he designed it, and what he did to create such a large increase in downloads and revenue. He also has a great tip at the end for indie developers who are in the process of creating their first app.

Hello everyone and welcome to the show. In this episode, I'm going to be interviewing Varun Goel, an independent developer out of Chicago, and we are going to find out how he came up with the idea for his latest app Phrase Pop, how he has been marketing it, and his recent successes. I hope you enjoy this interview. 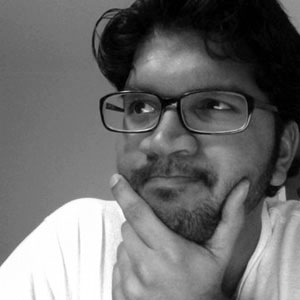 HK: Hi Varun, thanks for taking the time out to speak with us about your app.

HK: Can you tell me a little about how you got the idea for Phrase Pop?

VG: Yes, so I've always wanted to develop an iPhone app for a few years now and I took the idea for Phrase Pop from a popular phrase which is called "that's what she said" and there's a bunch of apps that were already around, based on that same idea. But I wanted to expand on that and take it to the next level, so the inspiration really comes from the phrase "that's what she said", which originally comes from the NBC show The Office, which I'm a great fan of. I wanted to really take that to the next level and keep it simple.

HK: OK cool, did you code the app yourself, or did you outsource it?

VG: I coded the app myself.

HK: Nice. So what was the hardest part about creating the app?

HK: So you are talking in terms of the overall aesthetic, or the flow of the program?

VG: Yeah, the aesthetic, the look and feel. This app is more of a niche app, more of an entertainment type app, so the design has a lot to do with it. There were many ways that I could present the data and present how the user would interact with it. But at the end, I had to go with the simplest version of it and that took a lot of time.

HK: Ahh, I see. Was that simplest version based on the input from your users, or a combination of what you thought and what your users thought…how did that work?

VG: Yeah, it was based on what I thought and taking in the inputs of everyone who used my app, and what they felt about it. I would not have come to that conclusion if I did not share this with my friends and family, and asked for feedback.

HK: OK that's a good point. So what ha been the hardest part about marketing the app?

VG: Since I'm an indie developer, marketing is expensive and I use a little bit of Facebook marketing but I didn't feel really confident or comfortable spending the money on Facebook because I wasn't really able to track the success of my marketing campaign. That's when I started reading about marketing versus app store optimization and I came across a lot of articles that suggested that I focus my attention on app store optimization because that is more sustainable in the long run. Where with marketing you can spend $1,000 and create a marketing campaign for the month of August, but once that marketing campaign is over, the downloads will slowly fall down by itself. Since I was just a one man team, I just wanted to focus on development and designing and all of that. So I really did not spend a lot of money on marketing and I just let that be.

HK: That's a great point. It is a lot cheaper and more sustainable, like you say, to work on the keywords first. Can you share with us your biggest success, so far?

VG: Just in general, I would say that Phrase Pop is one of my biggest successes so far. It is a personal success for me because I have this entrepreneurial spirit, and I've always wanted to develop apps ever since I was in school. So I was very excited to have my very own app on the App Store. Besides that, my success with app store optimization has been really rewarding.

HK: Cool, can you tell us a little about how you have been using Sensor Tower to improve your downloads?

HK: Can you share with us how Sensor Tower has been able to improve your downloads?

VG: Yes, definitely. So currently, as of this morning, downloads have increased one-forty-three percent (143%)

Since my last update which has the keywords optimizations in there. Revenue has actually increased by 285%.

HK: Besides the keywords, are there other app store optimizations that you've tried that worked worked for you or have you tried anything else?

VG: I haven't tried anything else so far, I think the next target for me is going to be localization. Currently, I just have my keywords just for the US and all the research that I have done so far is just for the US market. If I look at the downloads split by country, I also have a significant portion of my downloads all in the US. So I really want to focus on countries outside the US and do localization, where I feel that I have a bigger market that I can tap into.

HK: Besides the Facebook Ads, have you done any type of promotion, like contacting people to review your app, press releases?

VG: Yes, besides the Facebook Ads, I have contacted a ton of websites to review my app, but with really no success. A couple of them did get back to me, wanting to do a paid review with me, but I din't feel comfortable doing that because I felt that they should really review my app. Basically they have a different school of thought. They get so many reviews every day, that they would only take the ones that pay them. Since that was not my first go-to option, I also created a Facebook page and a Twitter handle for Phrase Pop. I occasionally go on those accounts and generate content, but it's a lot of work to do. Because I'm a one man team, what I've been doing is blogging about my experiences developing the app on a decently popular blog in Chicago called BuiltInChicago.org. It's an open community, anyone can post. That's helped generate some visibility with my app. That's really it.

HK: OK great. That's really interesting to hear about. It is really tough to get people to review your app, from what I hear. What are your future goals in app development?

VG: I want to really understand how to tackle localization, I think that's a really big aspect. The more and more I think about it, I'm trying to create an app for everyone around the world and not just in the US market, so that's very important. So going forward, I'm going to spend a lot more time on research and keywords and localization before. I am actually working on another app right now. We took part in a hackathon last month and we ended up placing second, so we are going to go through and release this app in the next month or so. Just create more apps and I'm really excited about the mobile space in general.

HK: Is there anything that you can tell us about your new app?

HK: Great, that's awesome! Finally, do you have any advice for anyone out there who is thinking about creating their first app?

VG: Yeah, most people who are thinking about apps are thinking about the designing and developing of the app, but I would advise people to have a marketing plan for the app. That is something that I did not have when I was developing Phrase Pop. Since I was developing the app myself, I just went at it head first. I would recommend people definitely use Sensor Tower for keyword optimization. I think that helps a lot. And I would say that if you are actually developing the app yourself versus outsourcing it, start with something small, so it's easy to manage and get it out the door as quick as you can. Try to get feedback and build on that, versus spending six or eight months, trying to create something, which people may not want. If you are doing this on the side, it really takes its toll on you because you have a day job and you are doing something else. So get it in front of the customers as soon as you can.

HK: Well thank you very much for sitting down with us Varun because I know you have a day job and have to work around this. We wish you continued success and if people want to find out more about you or Phrase Pop, where can they go?

VG: Thank you so much for having me here. For Phrase Pop, you can go to PhrasePopApp.com. To find out more about me, I'm a big tweeter, you can find me on Twitter on at @goelv. I also blog at BuiltInChicago.org.

Varun also wanted me to share with you his actual download numbers to give you an idea of what kind of scale we are talking about. After all, he could have had 10 downloads and a 140% increase would have only put him at 24 downloads.

In his case, he was able to get 953 downloads since he implemented keyword optimization, which represents a 143% increase over the same time frame before the keyword update.

While this might not be much to the established developers out there, it can be a huge confidence boost to a one man show like Varun. We look forward to seeing what he comes up with next.

Do you have any questions or comments for Varun? Leave a reply below and let him know what you think.