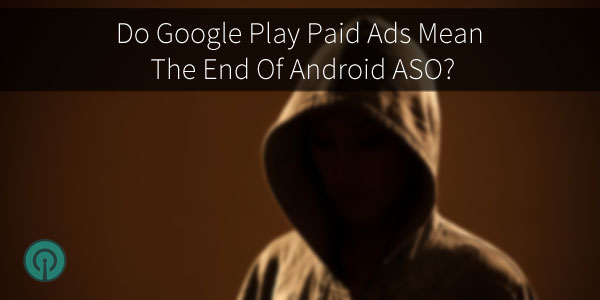 Google recently announced that they are testing paid ads in Google Play App Store search listings with a limited number of advertisers and users.

As app advertising costs increase every year, Google's own ad offering could provide some much needed relief. But how much of a difference will it really make and how will it affect Google Play ASO?

This post will give you a few likely scenarios and show you how you can take advantage of each one. We are interested in your opinion, so after you finish reading this post, be sure to let us know what you think.

How It Will Work

Similar to Google Adwords, app publishers will have the opportunity to bid on specific keywords within Play Store search. There is currently no indication of how many ads will appear, but given the limited amount of space available on mobile devices, we couldn't see Google inserting more than two ads. Here is an example of how an ad would look. 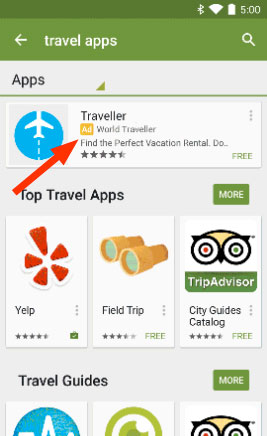 Nobody knows for sure how this will affect ASO until ads are available to the general public. But the big questions is: Will ads ever be cheap enough to make ASO obsolete?

ASO May Actually Get Easier

We can't see Play Store ads reducing the need for ASO at all. There will always be a need to get free organic traffic. If you look at web SEO, organic traffic is just as important now, as it was when Adwords first came out.

But if you think about it, ASO might actually get easier. Testing ASO keywords takes a lot of time and many app publishers may opt to spend money to rank for keywords, as opposed to working a little harder for organic rankings.

Obviously, the very best publishers will do both. But even if you don't have a big marketing budget, the introduction of ads may work in your favor.

So keep an eye on how your keyword rankings are affected by the introduction of ads. It might not have any effect at all, but if you are alert, you can take advantage of any benefits.

Just like with Google web search, search volume will probably be available with the new Play ads. I'm just guessing, but it would make sense. This would be great news because instead of having to approximate search traffic, we can get it directly from Google.

This could make our Traffic Score obsolete, but our Difficulty Score will still be a very important metric when it comes to selecting keywords. If you are not familiar with the three criteria for choosing keywords, be sure to read this post. The selection process is the same for both the App Store and the Play Store.

Like with most new ad networks (or anything new), there should be a tremendous opportunity when Play ads first goes public. Remember when Google Adwords first started or when Facebook ads launched? It was really easy to buy cheap clicks and it took some time to for people to start to catch on to the opportunity.

Once marketers became educated however, ads became expensive and the easy money was gone. Facebook and other networks can still provide good value, but you really have to test your ads.

So if you have some money to spend on ads, you should jump on Google Play Adwords (or whatever it will be called) from the start. You can probably get a few months of relatively easy installs, depending on your category.

There are no guarantees of course, but if the past is any indication of how this will go, that would be the reasonable thing to expect. But after the initial discovery period is over, things will probably normalize and you will see pricing that is more in line with other networks.

What This Could Mean For Other Ad Networks

Now let's take a quick look at how Google's entry into the app ads market could affect other ad networks. I personally think that we will initially see ad costs drop across the board.

But after Google fills its ad inventory, we will most likely see the cost of ads resume its steady rise. This is only for Android obviously, iOS will probably continue its climb and will not be affected.

We hope that this post has given you some ideas on what to look out for when Google Play ads comes out of beta testing. The bottom line is that the new ads should be good for everyone in the marketplace.

Anyone who wants to target specific keywords will be able to pay to do so. But app publishers can still go the ASO route to target keywords and benefit from the free organic traffic.

What do you think? Are Google Play search ads going to be a good or bad thing for the Play Store? Let us know in the comments below...