Every app marketer knows there are some very fundamental differences between Apple’s App Store and Google Play that have to be considered when performing ASO, but our data science team is constantly discovering more about what sets the two platforms apart under the hood. In some cases the differences are small, but in others they can actually require a change in strategy.

A perfect example of this involves the way Apple and Google translate surges in downloads into ranking changes. Google Play takes a unique enough approach that we’ve put together a visual explanation of the differences, along with some tips for ensuring your paid promotions have maximum effect on your Android app’s ranking.

Visualizing the Difference on Google Play

Using download data (along with ranking data pulled from our App Intelligence platform), we’ve been able to discern a delay on Google Play between a significant increase in downloads and an increase in uploads.

In the chart below, using an example app, you can see that downloads spike on one day, then drop off—but the corresponding increase in rank is delayed by a few days then gradually decreases (what we’ll call “stickiness”): 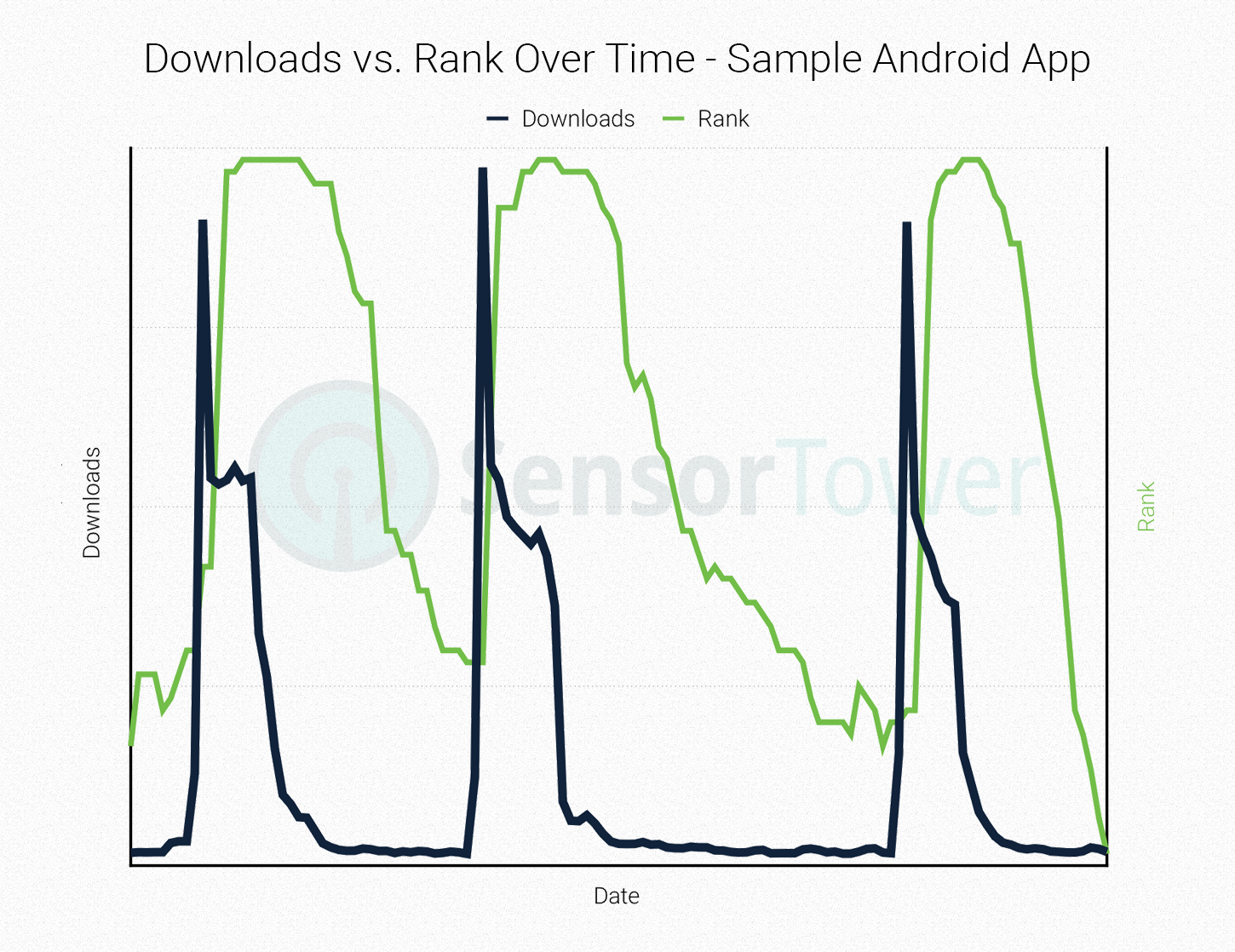 For a specific, historic case, we can look at the launch of Angry Birds 2 from Rovio on July 30 of this year. In the chart below, you can see how this hugely popular app’s ranking shoots to No. 1 for overall free apps on the App Store on its launch day—i.e., when it’s receiving a high volume of downloads—but, on Google Play, it slowly climbs the charts and doesn’t peak for a few days, despite seeing a large amount of downloads there as well on July 30. 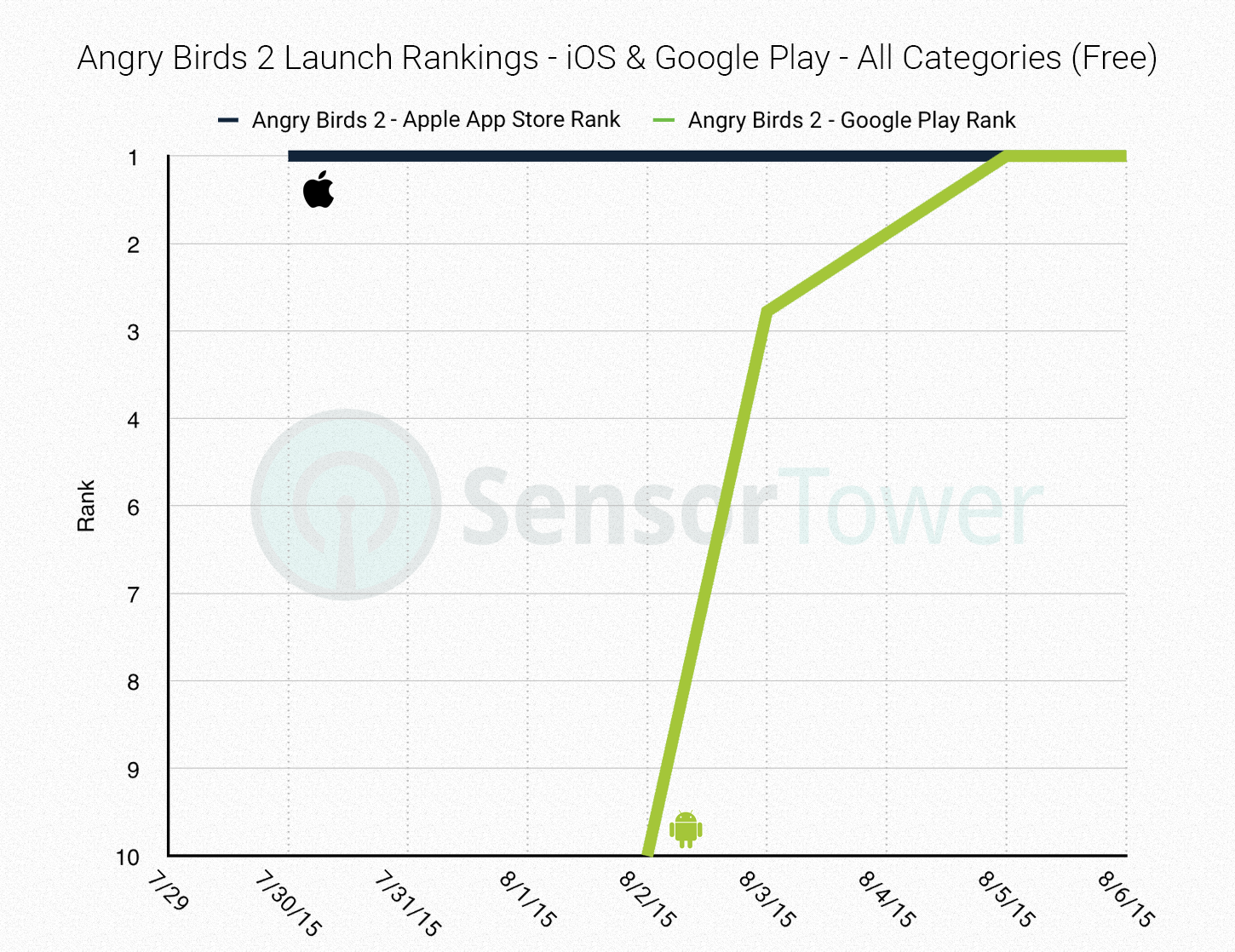 With Apple’s model, you could have the top-ranked app on the App Store for a single day if you were able to drive enough downloads, supplanting apps that were ranked higher but had fewer downloads that day.

On Google Play, you won’t see any benefit to your app’s ranking until days after its downloads peak, and then its ranking won’t immediately drop in tandem with downloads, making the prospect of edging out an app that’s been ranked highly for a long period of time more challenging. In a nutshell: Just because you have the most downloaded app on Google Play for a day, that doesn’t mean it will be the top-ranked app that day.

That said, while the approach to using paid promotion to push an iOS app to or near the top of the charts by going “all in” on advertising (and spending enough to beat competitors) on a single day may be an effective strategy, this data suggests that, on Google Play, you’ll need to advertise consistently and considerably over a more extended period.

Furthermore, you should also consider this data when selecting the days of the week where you’re hoping to drive more downloads or rank highly. For instance, a large increase in downloads on a Thursday might not translate into a higher ranking until Sunday—so you’ll need to determine if that’s the day of the week you really want to appear higher in the charts.

If you’re an Android publisher and would like to see how this behavior looks for your own apps, you can do so in our App Intelligence product. Hopefully, knowing what to watch for will help hone your launch and promotion strategies to drive maximum benefits for your app’s ranking on Google Play.