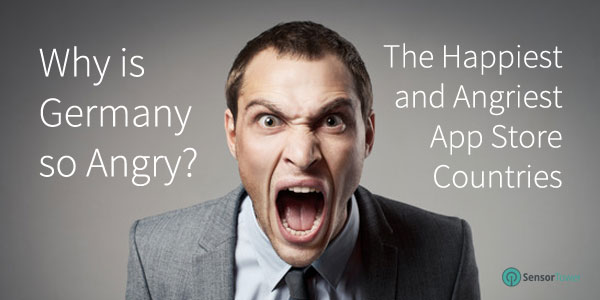 Understanding the nuances of other App Store countries can go a long way to helping your apps succeed internationally. One question that came up was, do certain countries tend to rate apps higher than others? We thought that it would be interesting to find out, so we did a little research.

The first statistic that we looked at was the countries with the lowest average rating. Our Data Science team jokingly asked, why is Germany so angry?

So we are going to break down the "angriest" and "happiest" countries, as well as look at the countries with the most and least number of total ratings. Our goal in this post is not to hypothesize as to why certain countries have higher or lower average ratings than others.

We simply want to show you what you can expect when targeting these countries and help you choose which countries to target first. Examining the total number of ratings in each country can be a great way to figure out which countries are worth your time. 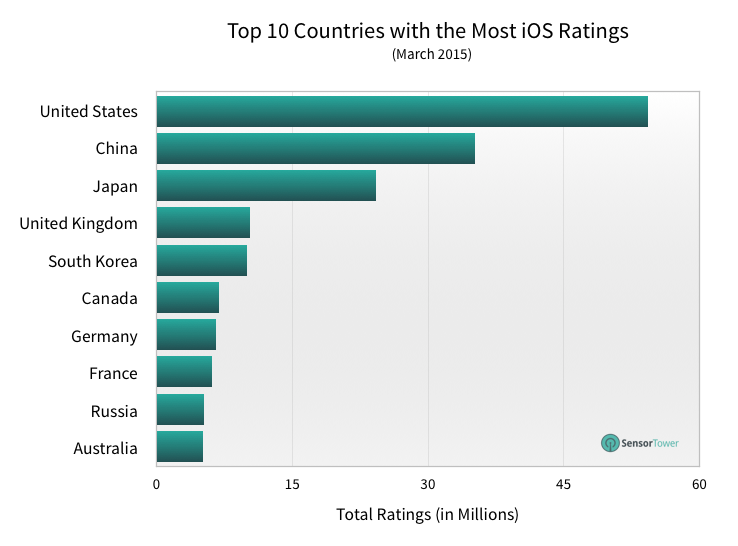 First, let's take a look at the countries that have the most iOS ratings. Looking at the total number of ratings will also give you an idea of the relative size of the app market in these countries. App market size is much different from population.

Even though Russia has a population that is about 12% larger, Japan has almost five times the number of ratings. This is an indication that app usage is much higher in Japan and so it should be one of the first countries to target with your localization. 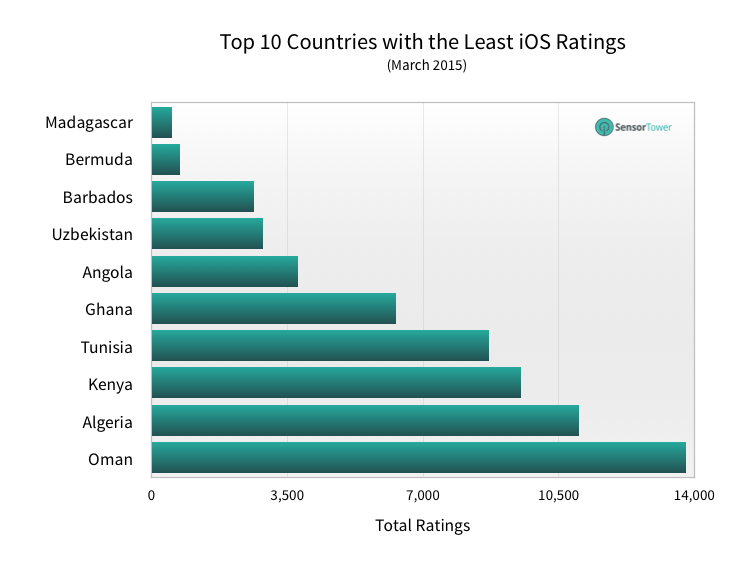 Now let's look at the countries that have the lowest number of total ratings. This will give you an idea of the difference between the highest and lowest rating counts. If you see a country that has a very low number of ratings, then their average rating would not be as statistically significant as a country that has considerably more ratings.

The country with the least number of ratings is Madagascar, with only 520 total ratings. With a population of almost 23 million, the population is comparable to Australia.

But Australia has over five million ratings. So again, simply looking at population size is a poor indication of which countries to target first. 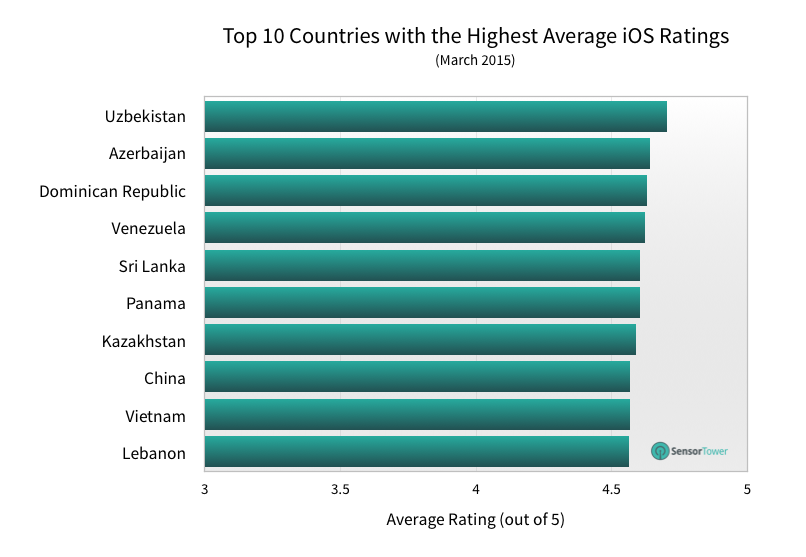 The country with the highest average rating is Uzbekistan, but it also has one of the lowest total reviews counts at 2,881. Among the top 10 countries in this category, China is the only country that has a significant number of total ratings, with over 35 million.

Therefore, it seems like the more ratings there are, the more likely your overall average will go down. Let's see if this holds up with countries that have low average ratings. 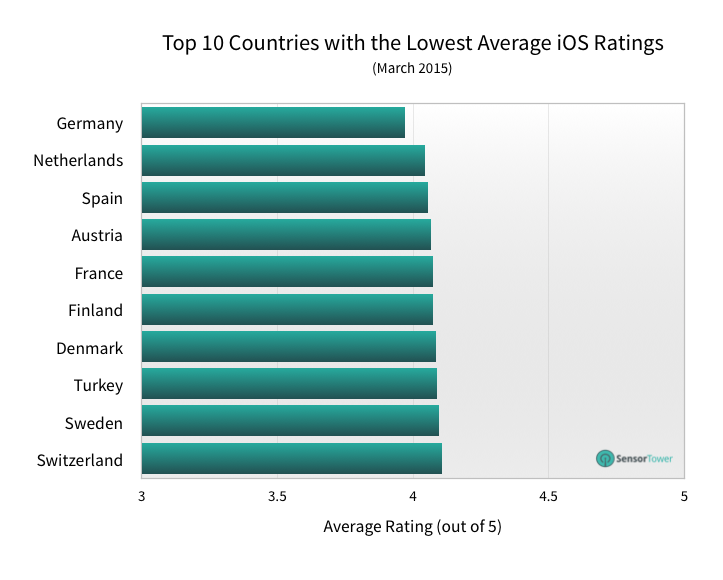 When we look at the top 10 countries with the lowest average ratings, we find that 60% of the countries have over one million ratings. These countries are as follows:

So our observation that more reviews will lead to a lower average rating, generally holds true. But since the countries with the highest ratings counts, such as the US, China, Japan and the UK are not on this list, then there must be other factors at play here.

We could provide a million guesses as to why this is. But the bottom line is that if you make your app available in these markets, you should expect slightly lower than average ratings. This is obviously a very broad generalization, and will vary by category and country, but that is what the data is showing us.

So when deciding which countries to target first, you cannot only look at population size. You need to do some research on app usage. Looking at total number of app reviews can be a simple way to figure out where to start.

Why do you think these countries have the highest/lowest average ratings? Share your theory in the comments below...