Savvy app marketers are always on the lookout for ways to use holidays and events to increase the number of downloads of their apps. The biggest event going on right now is the World Cup.

So let's take a look at three companies that are not soccer related and how they are using the World Cup to increase public awareness of their apps. Hopefully, this post will give you some ideas for your next promotion.

McDonald's is one of the sponsors of the World Cup. But they did not rely on their sponsorship alone to increase awareness of their brand. They created a separate app, just for the World Cup.

The game allows players to perfect soccer tricks and even upload their gameplay to YouTube. Creating a new game for a tournament that will only last about a month may not be worthwhile for every company.

But for McDonlad's, it seems like the app has been a success. It has given McDonald's a fun way to connect with soccer fans, promote their fries and promote their brand. Their app ranks well for the keywords "gol," "fry," "copa," and even "fifa."

Instavoice Messenger publisher Kirusa focuses on emerging markets, primarily in Africa. In order to increase the number of downloads of their app during the World Cup, they partnered with Goal.com to provide exclusive World Cup updates to their users.

This is a great example of an app that is not sports related, but the publisher saw an opportunity to capitalize on the World Cup. It appears to have worked. We see a big jump in the rank of the app on the Top Free iPhone Apps - Social Media chart in Ghana. 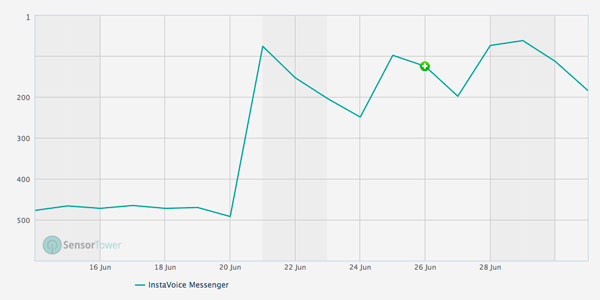 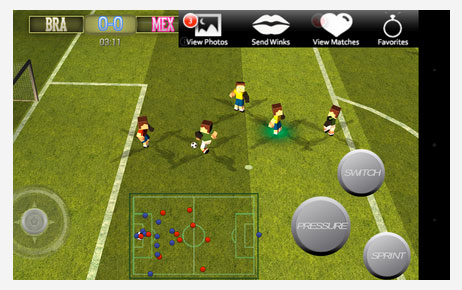 Even smaller app publishers can get in on the action. Soccer Craft is a good example of a successful game that has used the popularity of the World Cup to its advantage.

App publisher Craft Games Inc. didn't stop with just a soccer game however. They also based the players in the game on the popular game Minecraft.

There may be copyright issues with doing this. But the combination has been very successful so far, landing Soccer Craft in the top 10 on the Free Sports Games category chart on Google Play. 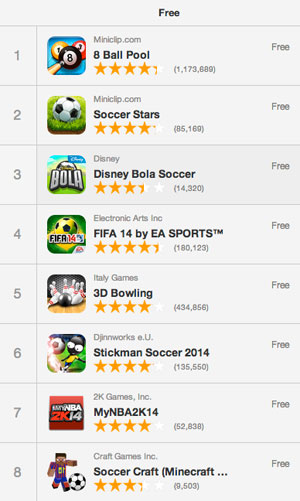 All of the companies mentioned above have used the popularity of the World Cup to help promote their app. But could the World Cup itself benefit from creating an app?

FIFA is the governing body of the World Cup and was founded on May 21, 1904 in Paris. They have been criticized over the years for not embracing technology, such as instant replay.

But this year, they knew that many fans would be following the games on their mobile devices. So they decided to work with Monitise Create to launch their first mobile app.

The FIFA Official App has been a success. It was launched in November of last year and has since steadily climbed to number one in the Sports category on the Top Free iPhone Apps chart. 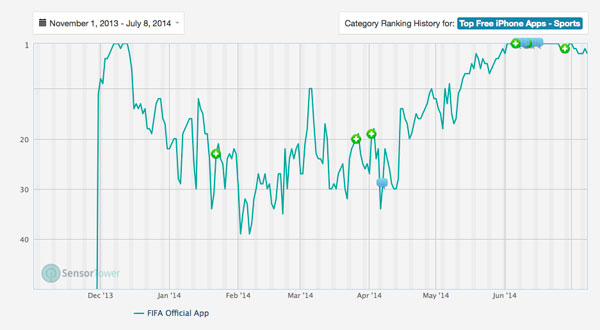 The ratings have also been very good. It currently has a 4.5 out of 5 star overall rating. 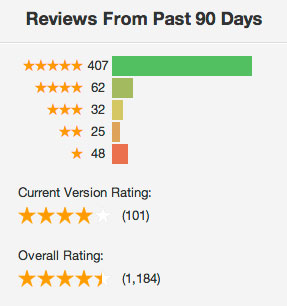 So if your company does not have an app yet, this is certainly a great time to create one. FIFA is a good example of an organization that realized the value of a mobile app and used it to showcase their biggest event.

The World Cup is almost finished and won't come around for another four years. But start thinking about how you can take advantage of other holidays and events to make people more aware of your app.

Awhile back, we wrote a post on how apps do fun things on Halloween. Check out that post for more ideas. We hope that you start to look at events that are coming up in the next few months and how you can take advantage of them to raise public awareness of your app.

Who do you think will win the World Cup? Let us know in the comments below.