Are we really going to write an App Store Optimization blog post that does not involve optimizing keywords?

As important as keywords are, there may be a point where your keywords are very well optimized and trying to improve them further will have diminishing returns. This usually happens with more established apps, but it can also be the case with apps that were well researched before launch.

Whatever the case may be, if you are already ranking in the top 10 for your relevant keywords, then you should consider looking at other App Store Optimization techniques to continue to grow your downloads. This post will show you examples of apps that have had recent wins without changing a single keyword.

First, let's talk about a few of the strategies these apps implemented and why they work. Even if your app icon is branded and already well known, a simple refresh of your app icon can help attract renewed interest in your app. Since the icon is one of the first things that people see, it is one of the determining factors if a person makes the split decision to download your app or not.

Like a new app icon, changing your screenshots can breathe new life into your app. Consider using lighter colors, adding descriptive text making the design simpler. Many times publishers don't realize how much of a difference even a small change can make.

Moving Keywords To Your Title

The publisher of one example app below didn't change the app keywords but they did move the existing keywords to the app title. This helped boost their rankings for those keywords and on the Top Charts. There is a balance to be struck between having a concise, brandable title and having too many keywords, which looks spammy. The example below has done a very good job in balancing that, in our opinion.

If you have a paid app and have always kept it at the same price, then you might consider a price drop. In fact, we recently got a Tweet from a happy customer who used the price drop method along with keyword optimization to greatly increase his downloads. The reason this works is because the price drop is picked up by websites that features discounted apps.

Here are four apps that have used a combination of the different strategies above to increase their downloads and chart rankings. We always have to preface results like this with the disclaimer that there may have been other factors involved, such as a paid ads or media coverage.

But the correlation between changes and the rankings happens often enough that even if they were not the primary reasons for the improvements, they probably played a big role.

On May 26, 2014, the Chefkoch app on the German App Store changed their name, icon, screenshots and description. On the Top Free iPhone Apps chart across all categories, they ranked at #118 and went to #32 soon after. Before the change, they were having difficulty breaking #100. 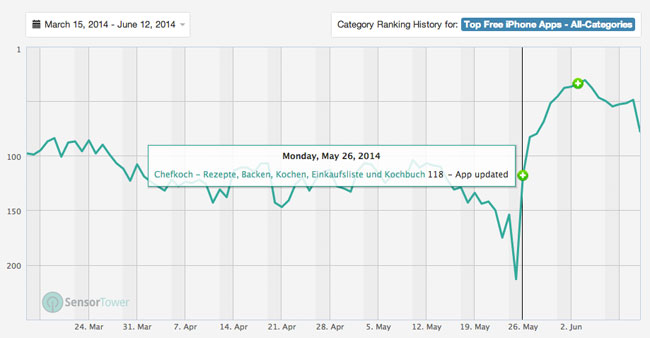 One change that we were particularly impressed with was their screenshot changes. Look at how much more appealing they are. 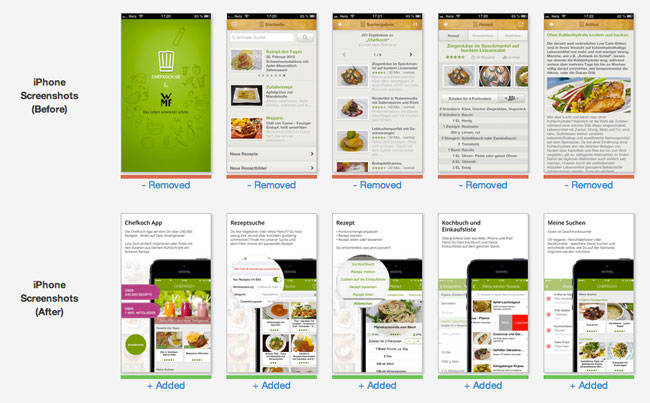 The Leiferheld app publishers did a very minimal amount of changes to their app on March 15, 2014, but the results were excellent. They went from #210 on the 15th and peaked out at #4 on the Top iPhone Free Apps chart. 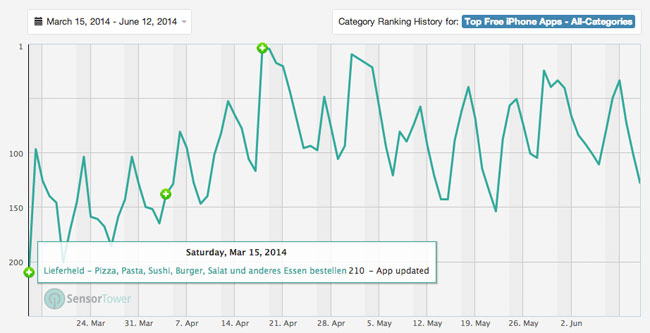 Since the description on the Apple App Store does not usually have an effect on downloads, we can conclude with reasonable certainty that the screenshots had the biggest influence on the improvement. 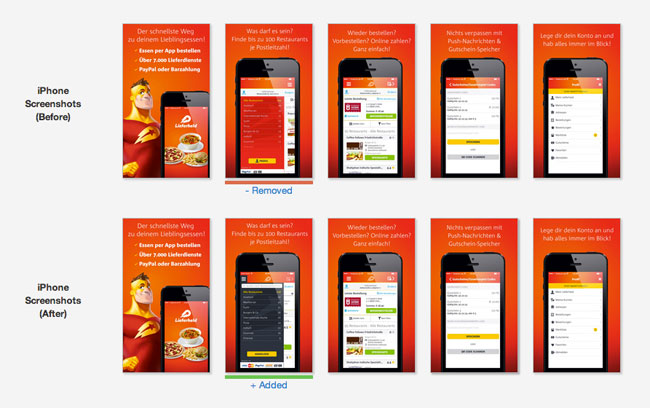 The interesting thing was that they only changed the color of the menu on the screen in the second screenshot from red to black. Perhaps that made it stand out enough to make a difference. But maybe because this change was so small, that is why the app declined soon after. Again, other factors could have also been involved.

Next we move to Australia to check out the Worms 3 game. We chose to highlight this app because it features an interesting mix of updates that doesn't include keywords. The changes resulted in a jump from #332 on the Top Paid iPad Apps chart to #10, where they are currently sitting. 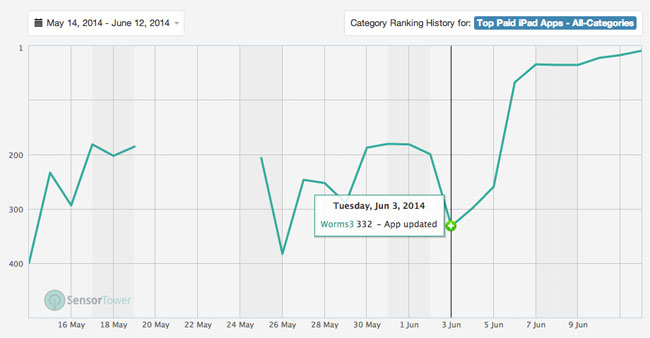 Finally, let's look at an app on the US App Store, Beer Buddy. It allows you to get reviews of a beer, just by scanning the barcode. Since this app publisher only changed the screenshots of the app, it is another interesting look at how just the screenshots can affect downloads. 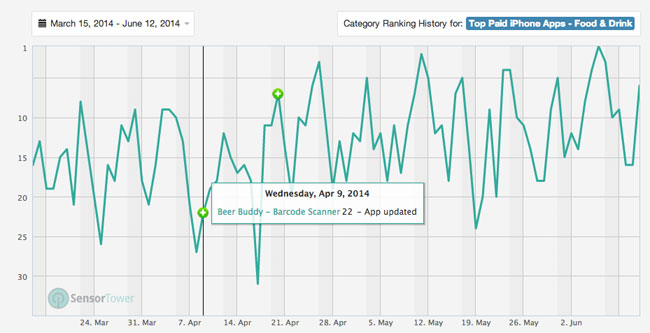 It went from #22 to #1 in the Food & Drink category for Top Paid iPhone Apps, soon after the April 9 update. However, as we look that the screenshot changes, they were relatively minor.

This shows that the screenshots probably didn't have as big an influence as in the previous cases. But who knows, making the rating higher on the first screen could have made the difference. 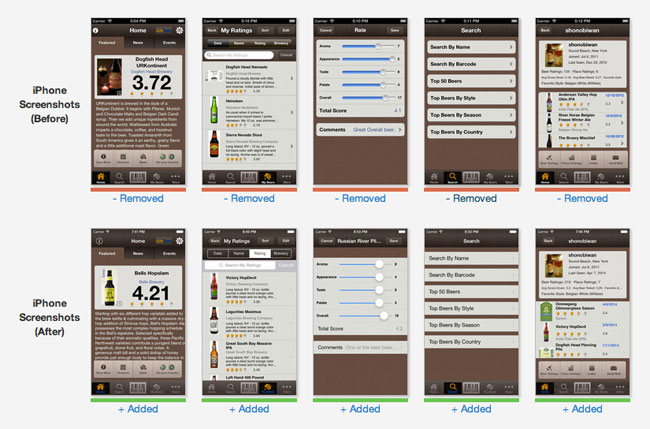 Just like with everything in App Store Optimization, there is no magic bullet and you will have to test as many things as possible to see how you can improve your downloads without doing more keyword optimization. But if you feel like you are stuck with your keyword optimization, we hope that this post has given you hope that other things can work.

Have you ever hit a point where keyword optimization wasn't showing any more improvements? If so, what did you do?