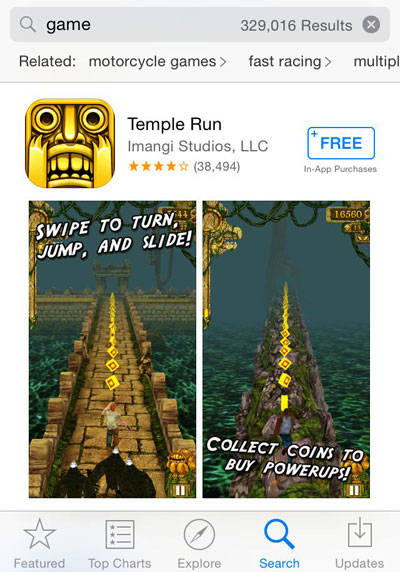 Before iOS 8 was officially released, we examined the beta version closely. We really liked what we saw when it came to how screenshots were going to be displayed in search results. Now that we have had some time to explore iOS 8, we would like to share with you what we have discovered. This post will show you the advantages of using vertical screenshots.

There are two primary reasons why vertical screenshots are preferable for iOS 8 iPhone apps.

First, they give you more opportunity to showcase different elements of your app. If one picture tells a story about your app, why not tell two stories?

When your first two screenshots are vertical, they both show up in search results. This gives you a second opportunity to convince people to download your app. 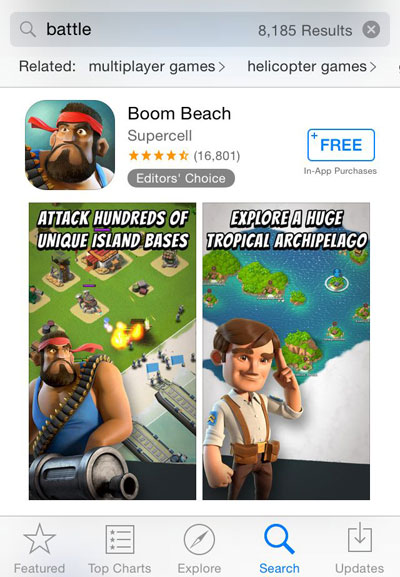 Second, they take up more vertical space. This may not seem like a big deal at first.

But look at how much space there is left after a search result that has a horizontal screenshot. If your competitor is the next on the list, why give them more space to market their app? 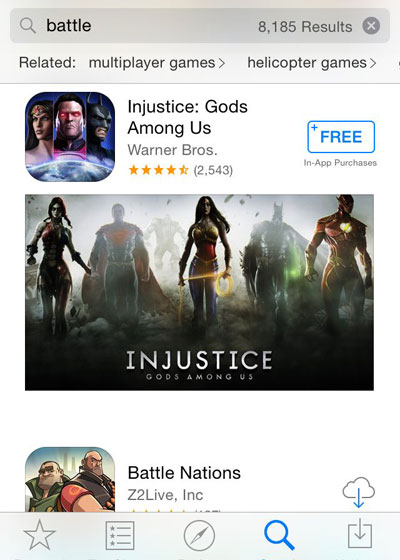 On the iPhone 4s (the smallest device iOS 8 will work on), there is a difference of 162 pixels between the orientations. This makes a big difference in a small device like this. However, regardless of which iPhone a person is viewing your screenshots on, there is an advantage to using vertical screenshots. 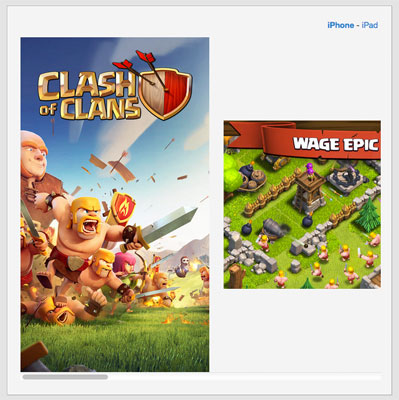 This what the search listing looks like on an iPhone. Notice how there is a lot of empty space that could be used more effectively. 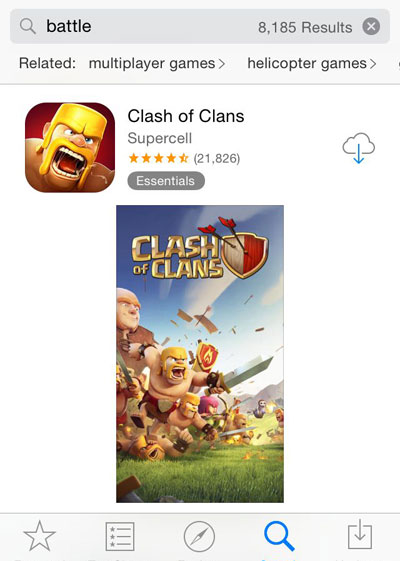 But there may be a good reason for them to do this. Notice how all the whitespace draws your eye to the listing, especially when scrolling quickly.

This is similar to an old school marketing technique where advertisers would actually leave two lines blank out of a six-line newspaper advertisement. This would draw the eyes of the reader to the whitespace, which would help the ad stand out on the page.

In addition, Clash of Clans is certainly no ordinary game. There are some things that Supercell can get away with that other publishers can't. They may not need to explain as much about their game as other apps would have to. Rovio uses the same strategy with their Angry Birds games.

Just like with anything else in App Store Optimization, you should test different variations of your screenshots. There may be instances where horizontal screenshots work better.

However, based on how much real estate two vertical screenshots take up on an iPhone, it should be the first thing you test. This strategy gives you the best chance of getting noticed, blocking out competitors and helping potential users discover more about your app.

Do you currently use landscape or portrait iPhone screenshots for iOS 8, and why? Let us know in the comments below...