Electronic Arts' gamble on infusing one of mobile gaming's most well-known franchises with collectible card-based gameplay mechanics is already paying off in substantial first-week downloads and user engagement. According to data from Sensor Tower's Store Intelligence platform, Plants vs. Zombies Heroes, launched worldwide a week ago on October 18, has already exceeded five million downloads across the iOS App Store and Google Play, and is adding nearly one million new users daily. Keep reading to see how it compares to its chief rival, Supercell's Clash Royale, in terms of daily usage.

Sowing the Seeds of User Engagement

Plants vs. Zombies Heroes soft-launched in spring 2016 prior to its global launch last week, and Electronic Arts, along with developer PopCap Games, clearly used that time to refine its game design to ensure high user engagement—at least out of the gate. Sensor Tower usage data shows that, in its first seven days of wide release, the average daily usage for Plants vs. Zombies Heroes among U.S. iOS users was approximately 32 minutes. As you can see on the chart below, that exceeds the approximately 26 minutes players of Clash Royale were spending in that app each day, on average, during its first week of availability in March of this year. 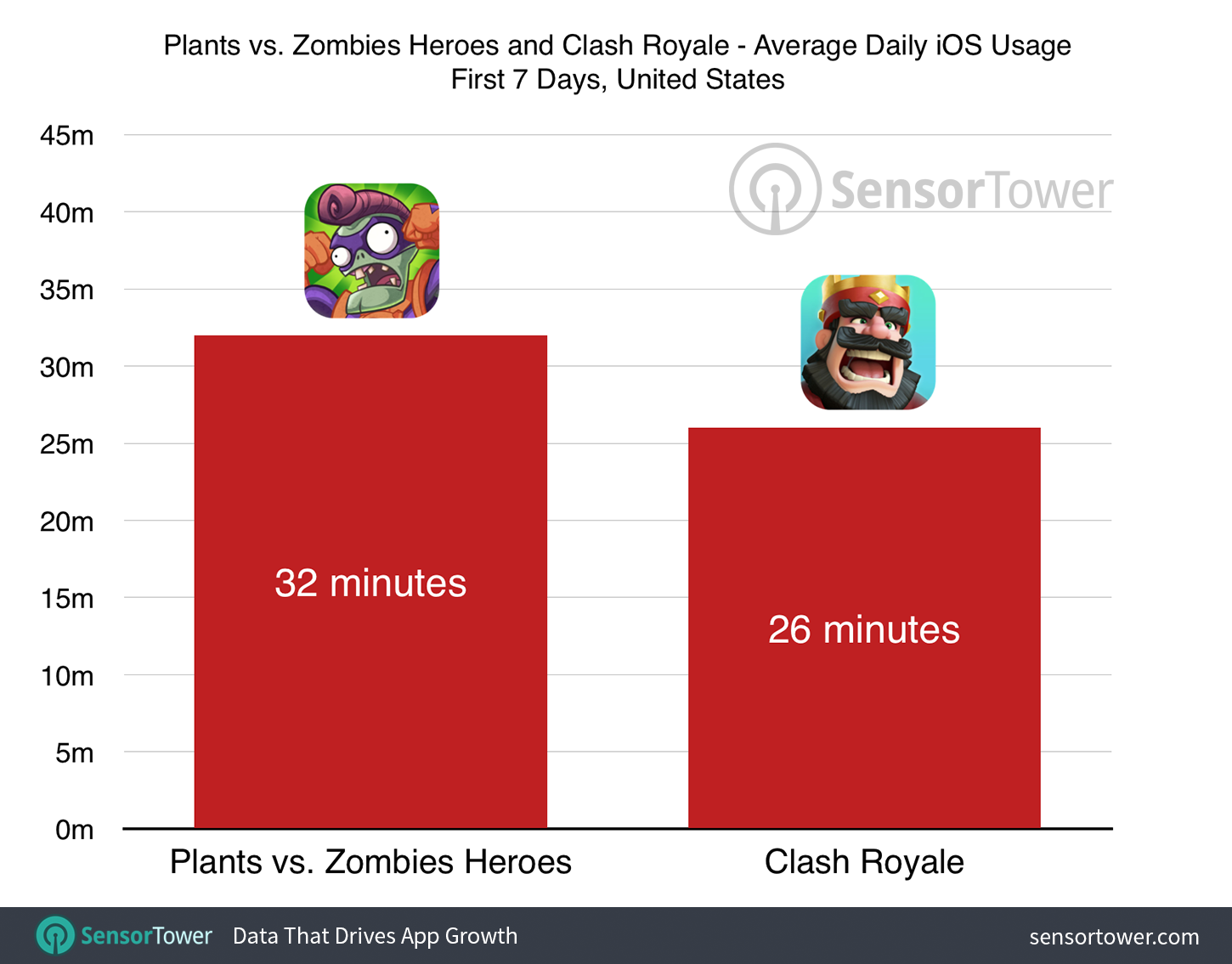 Total daily usage of Clash Royale among U.S. iOS users in the past week has averaged 19 minutes, for comparison. Another title with similar (yet far more hardcore) gameplay mechanics, Activision Blizzard's Hearthstone, saw average daily usage of 42 minutes for the past seven days, according to our iOS usage data for the United States.

These are early days for Electronic Arts and PopCap with this latest Plants vs. Zombies, so it will be important to revisit how users are (hopefully) staying engaged and monetizing after a month, in three months, and so on. But for now, all signs point to another successful launch for this mobile gaming mainstay from the user acquisition standpoint.