Although Snapchat trails TikTokin terms of worldwide engagement, the reverse is true in the United States. Sensor Tower’s Consumer Intelligence reveals that Snapchat tied with Instagram as the social app with the highest percentage of power users—those who open the apps every day—among their active installs in Q2 2022. This audience of engaged installs undoubtedly contributed to Snapchat generating $6 million from in-app spending in the first three weeks after the launch of its premium subscription feature.

After Instagram, which also saw 34 percent of its active installs opening the app every day last quarter, Facebook had the third highest daily open rate with 31 percent. TikTok was fourth with approximately 23 percent, and Twitter trailed the others with 19 percent. 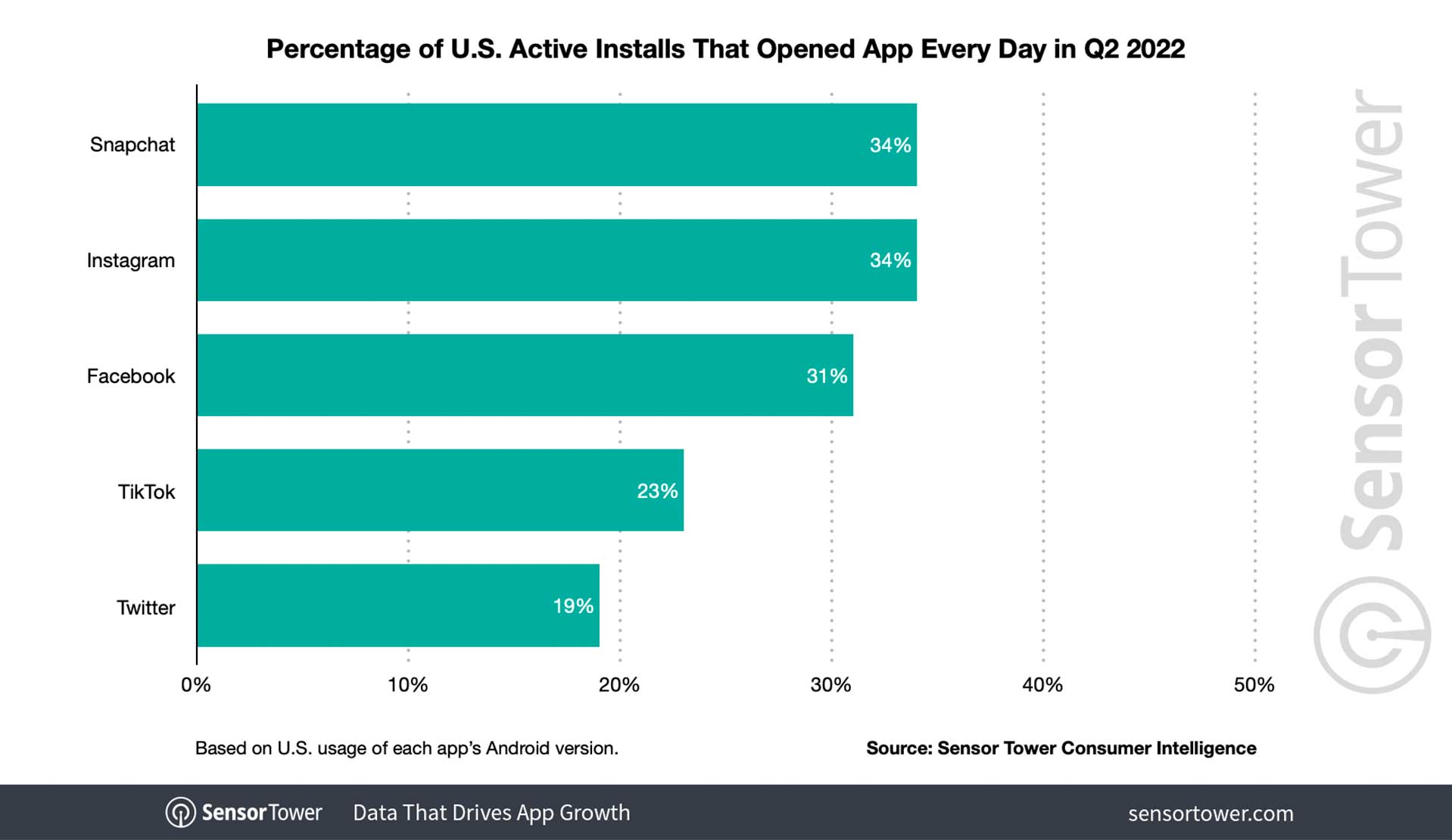 With its power user base growing year-over-year, Snap sought to leverage its highly engaged audience with the launch of a premium subscription in-app purchase (IAP). Snapchat+ launched on June 29, and in the three weeks since its launch, the app has generated an estimated $6 million in consumer spending, 136 times the $44,000 it saw in the previous three weeks from June 8 to June 28. While those figures include other IAPs such as Geofilters, the app’s top two IAPs are both for Snapchat+, with the monthly option proving to be the most popular followed by the 12-month plan.

For comparison, Twitter Blue’s launch hasn’t yielded as large an impact on its mobile spending. Since the feature rolled out on June 3, 2021, Twitter’s mobile app has seen a total of $3.7 million in worldwide consumer spending—a figure which includes Twitter Blue as well as Super Follows and Ticketed Spaces. However, unlike Snapchat, users can sign up for Twitter Blue through the web, the revenue from which isn’t included in this analysis. On mobile, at least, Snapchat comes out on top. 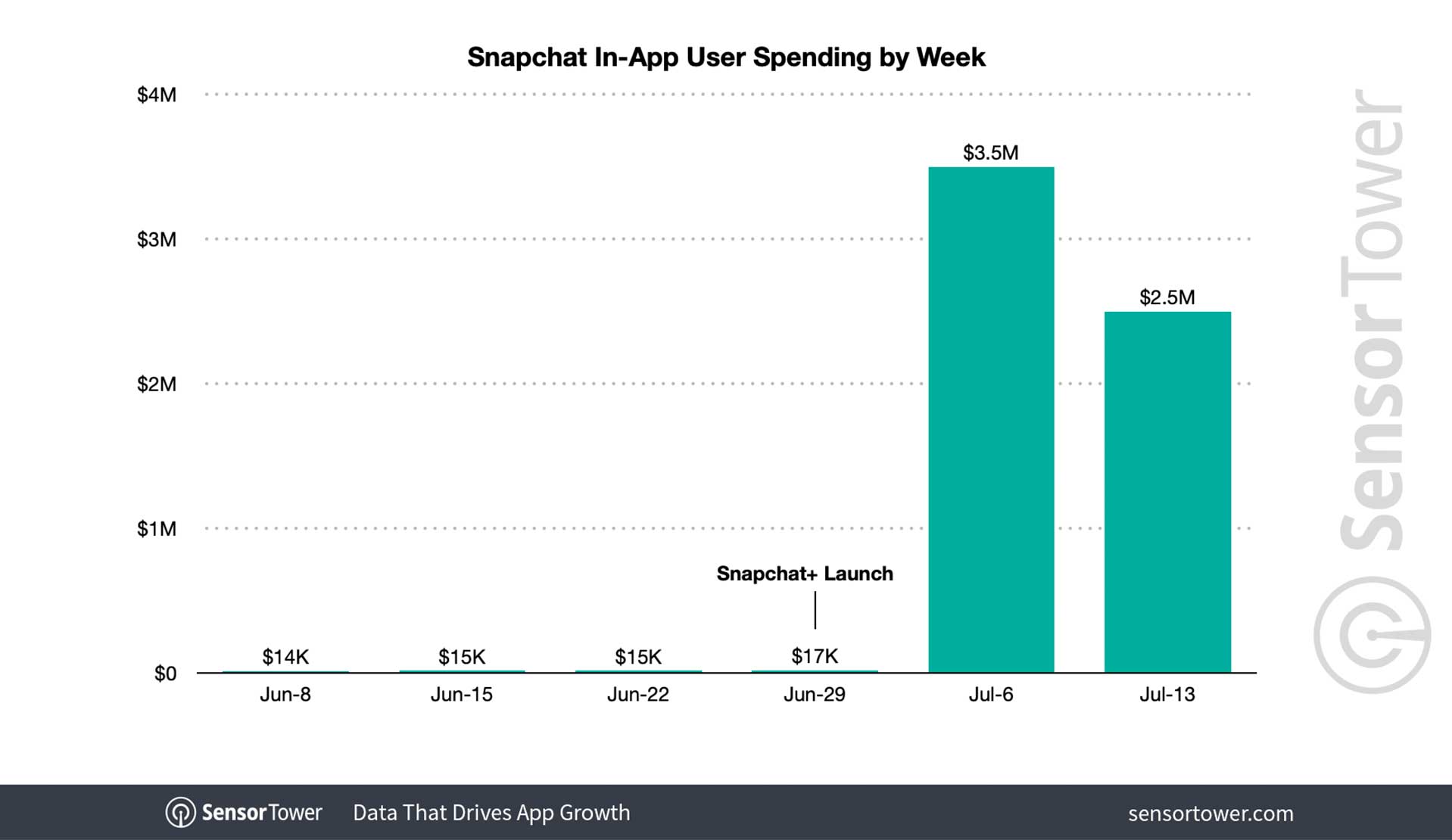 The top mobile apps are increasingly exploring new verticals and functionality to appeal to users. In the social media arena, this was apparent when platforms such as Twitter rolled out social audio features such as Spaces as well as in the ecommerce experiments conducted by TikTok. In addition to its premium subscription launch, Snapchat is now expanding its functionality to the web for the first time, undoubtedly hoping to capture an even wider audience who might also be interested in its new premium offering.