Remote work has had a lasting impact in the United States, resulting in a sustained elevation in business mobile app adoption. Sensor Tower Store Intelligence reveals that U.S. installs from top apps in this category have exceeded 70 million each quarter since Q1 2020 and reached 76 million in Q2 2022, up nearly 70 percent from Q2 2019. The latest State of Business Apps in the U.S. report dives into download and usage shares from selected top Business app subcategories such as Job, Business Operation, and Remote Office Apps. 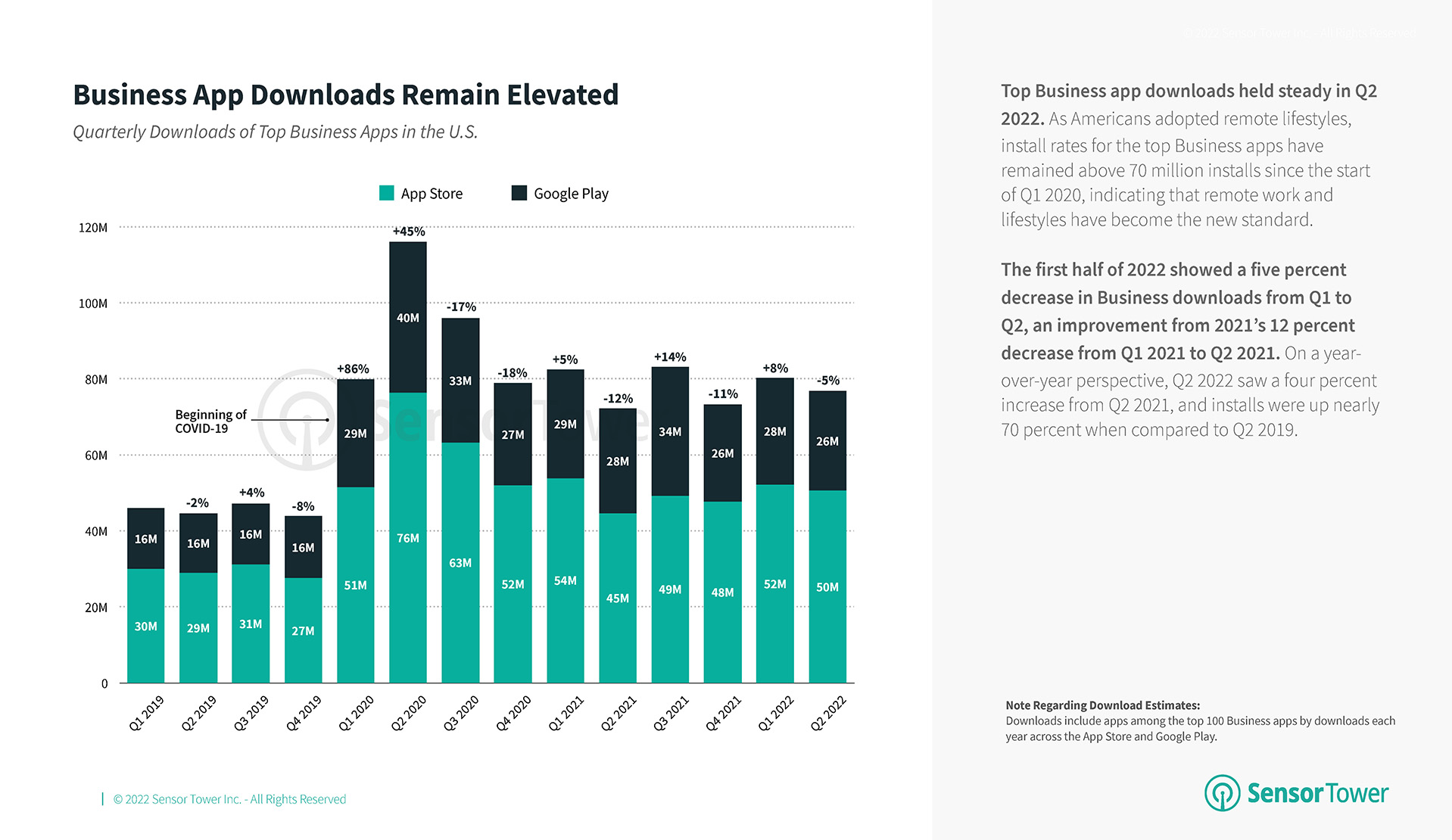 Communication apps such as Microsoft Teams and Google Chat have increased their share of downloads by three percentage points from 2020 to 2021 within the top Business apps. In H1 2022, Communication apps’ share of installs in the U.S. grew to 15 percent.

Video Conference app installs have seen a four percentage point decline in 2021, and an 18 point decline in H1 2022 as adoption has slowed since the initial surge at the start of the pandemic. However, the category remains the top-performing subcategory among the top Business apps. 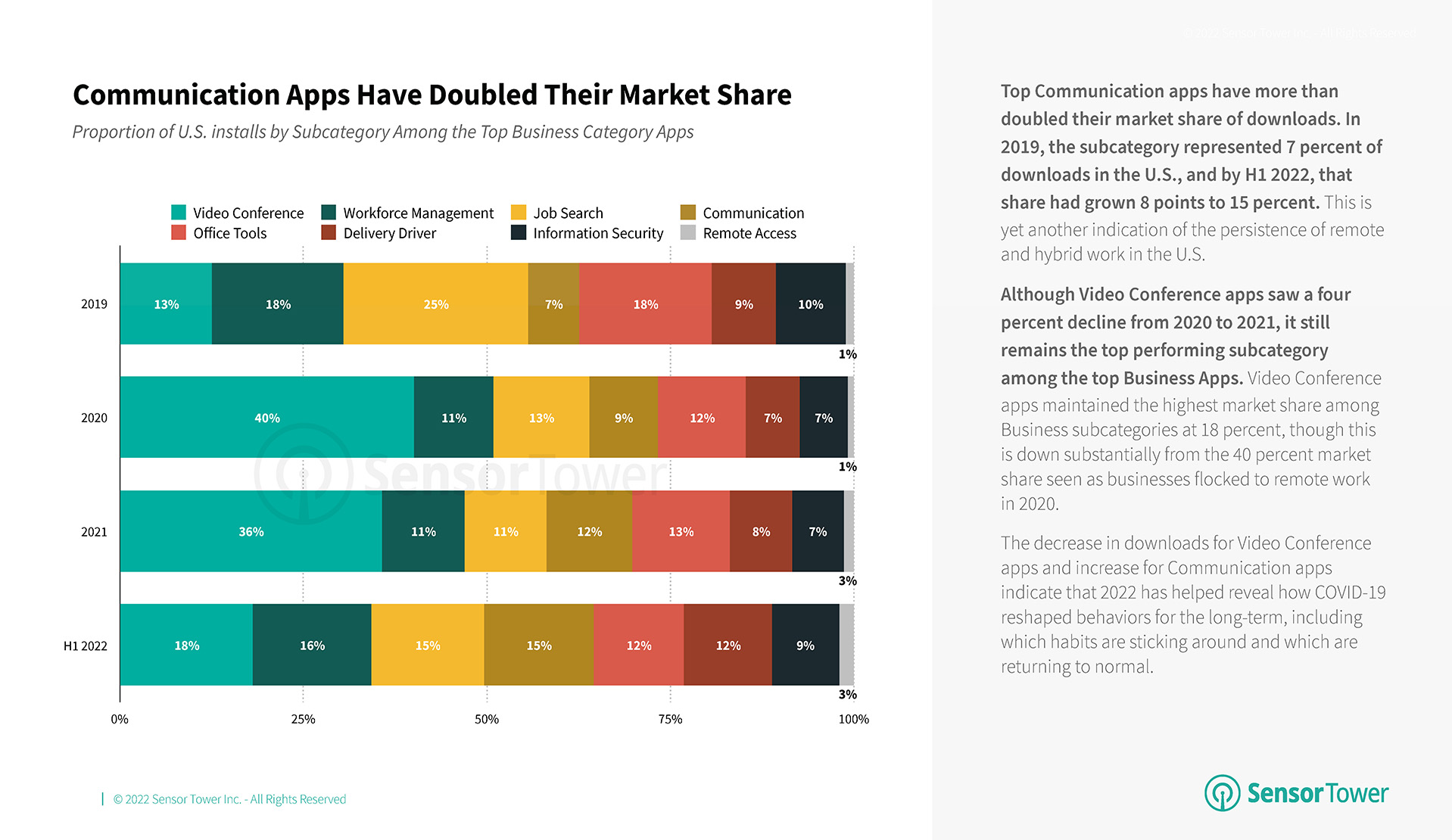 Instawork Grows Its User Base

Perhaps driven in part by shifts in career priorities as encapsulated by terms such as The Great Resignation, Instawork—a flexible staffing platform for part-time local and hourly workers—has since grown its user base 15 times the average monthly active users seen in 2019. In comparison, the usage of traditional job search apps has remained nearly unchanged. This disparity may indicate that there is a persistent uptick in consumer demand for freelance platforms such as Instawork and Fiverr. 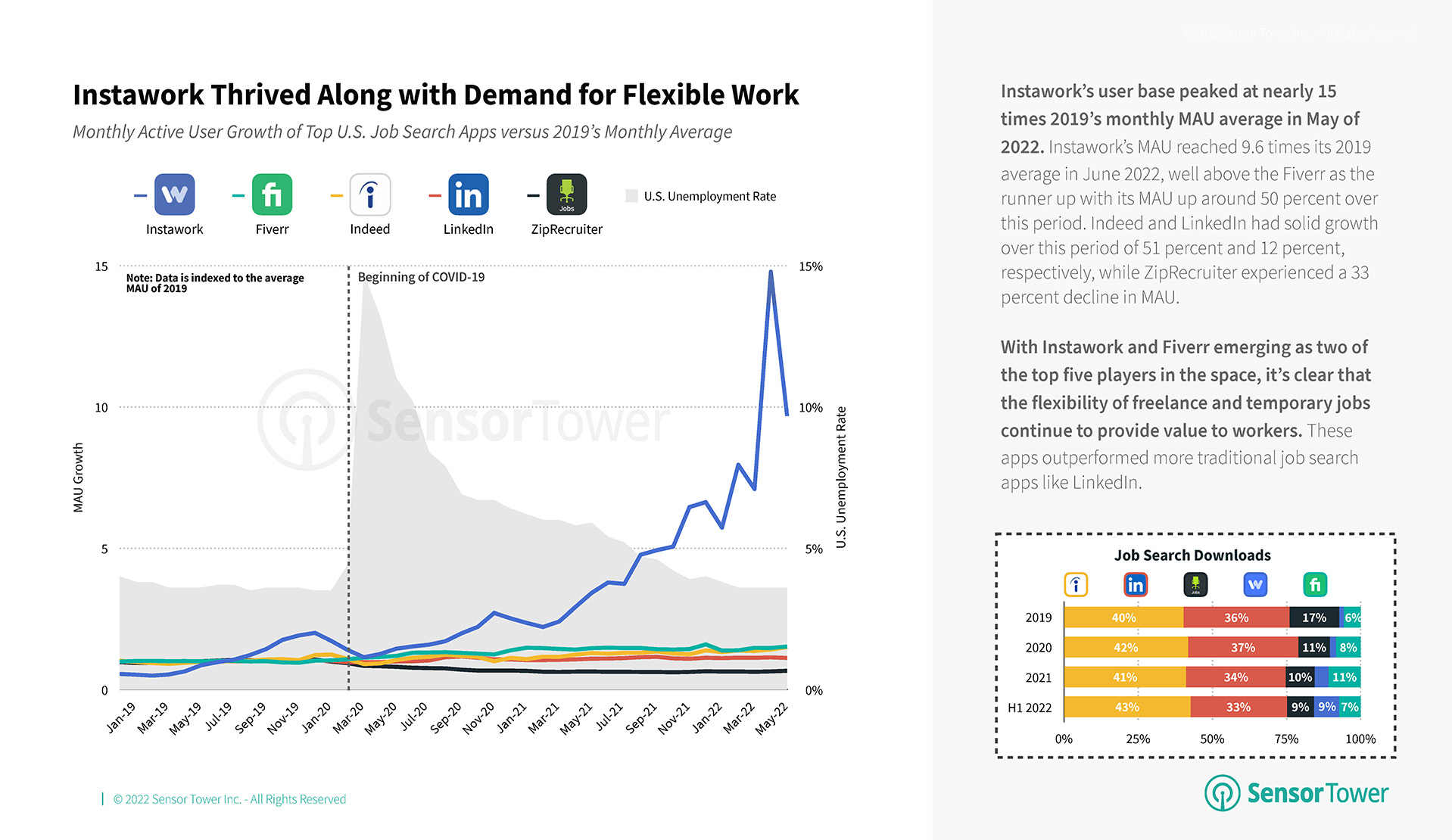 Remote work lifestyles have reduced the need for physical work equipment, resulting in the increased demand for business operation apps. Scanner apps such as Adobe Scan and Scanner led the Office Tool subcategory for the fourth consecutive year. In H1 2022, downloads of Scanner apps were up 6 percent year-over-year, reaching a total of 7.7 million on the U.S. App Store and Google Play. PDF Editors, which include apps such as Adobe Acrobat and Office Suite, have also seen elevated adoption with more than five million downloads for three consecutive first halves since H1 2020. 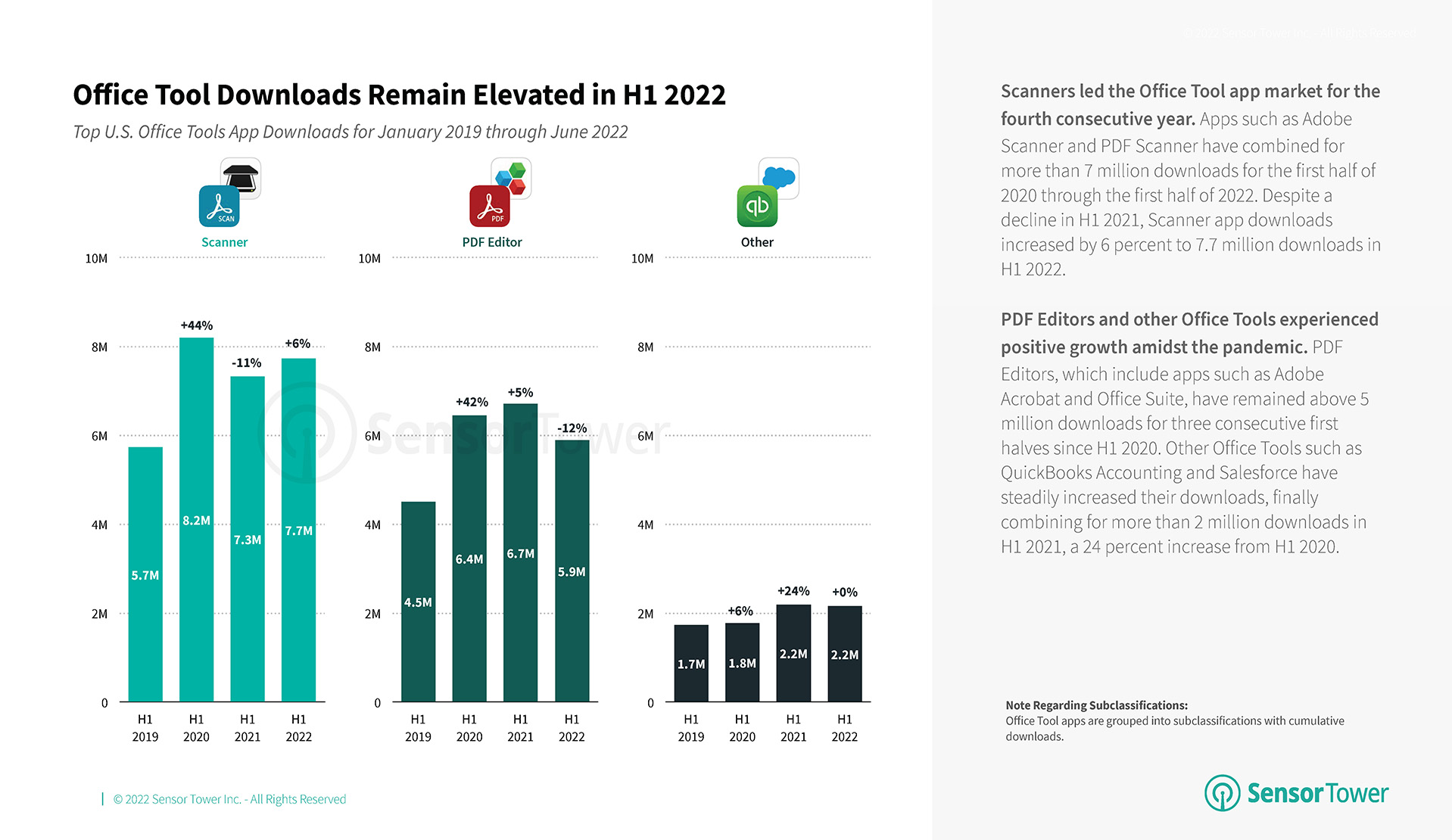 Business app downloads on both the App Store and Google Play have retained much of the gains since Q1 2020. As remote or hybrid work environments have become increasingly the norm, these apps may continue to see usage growth.

The Sensor Tower Store Intelligence platform can help you unlock trends that are shaping brands in the digital economy. For more insights on how U.S. Business apps are performing in 2022, download the complete report below: