Despite economic headwinds, demand for travel in the United States has continued to surge this year. This trend is reflected in the mobile market, where Travel category apps have reached record adoption. Sensor Tower’s latest report on travel apps in the United States, available now, reveals that Travel apps saw 137 million downloads from the U.S. App Store and Google Play in Q2 2022, up 18 percent year-over-year from 116 million in Q2 2021.

The U.S. had administered more than 100 million COVID vaccines by the end of Q1 2021, and the Travel category began its recovery in earnest in the following quarter. That growth hasn’t slowed in 2022, and in 2Q22 installs of Travel apps in the U.S. were up 18 percent when compared to pre-pandemic figures in Q2 2019. 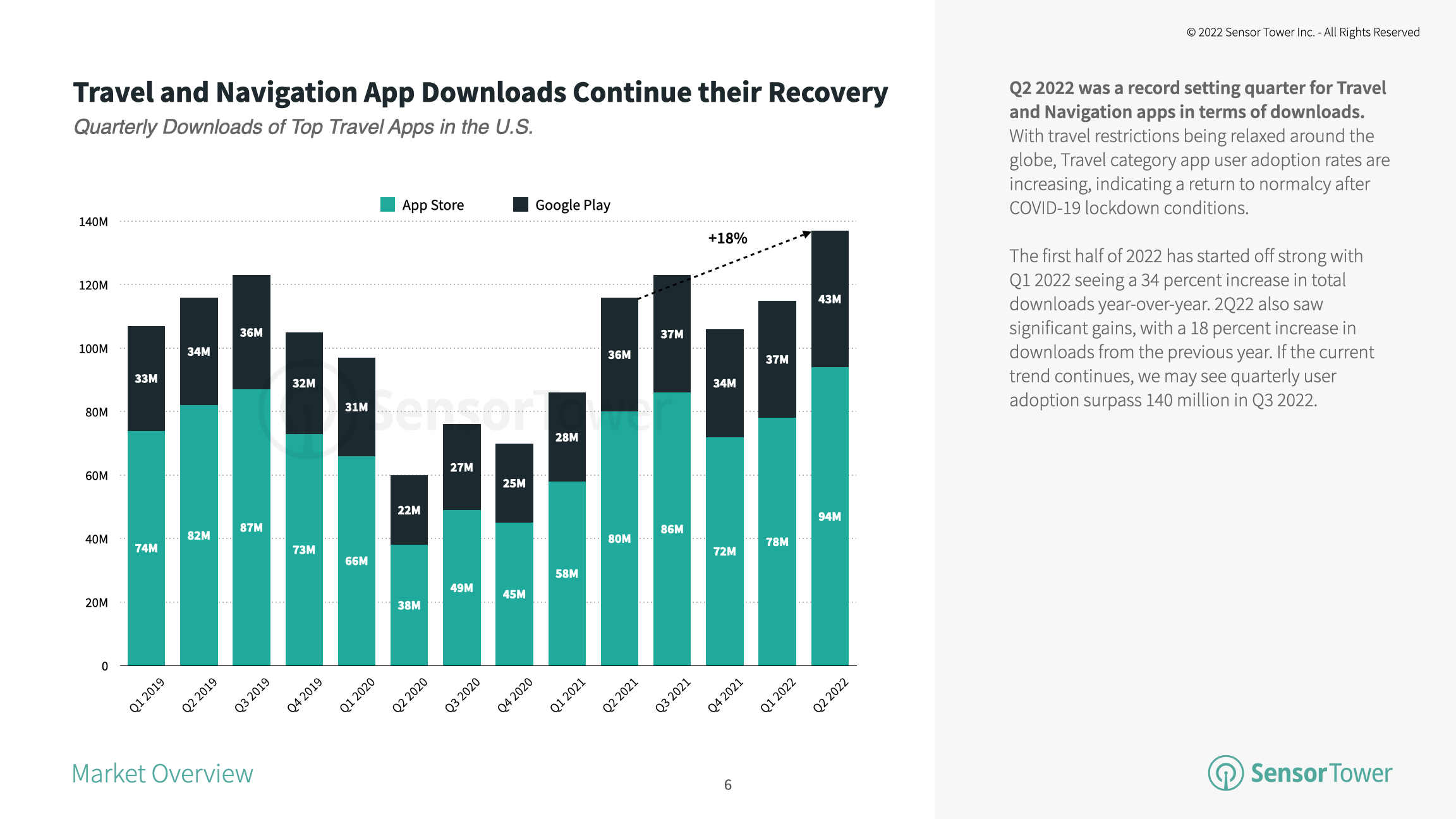 The main beneficiaries of the Travel category’s record installs belong in the Long-Distance subcategory, which includes Airline, Vacation Rental, Travel Booking, and Hotel Brand apps. The top Vacation Rental apps saw the most growth from pre-pandemic adoption, with installs collectively climbing 105 percent to 8 million in 2Q22 compared to nearly 4 million in 2Q19. 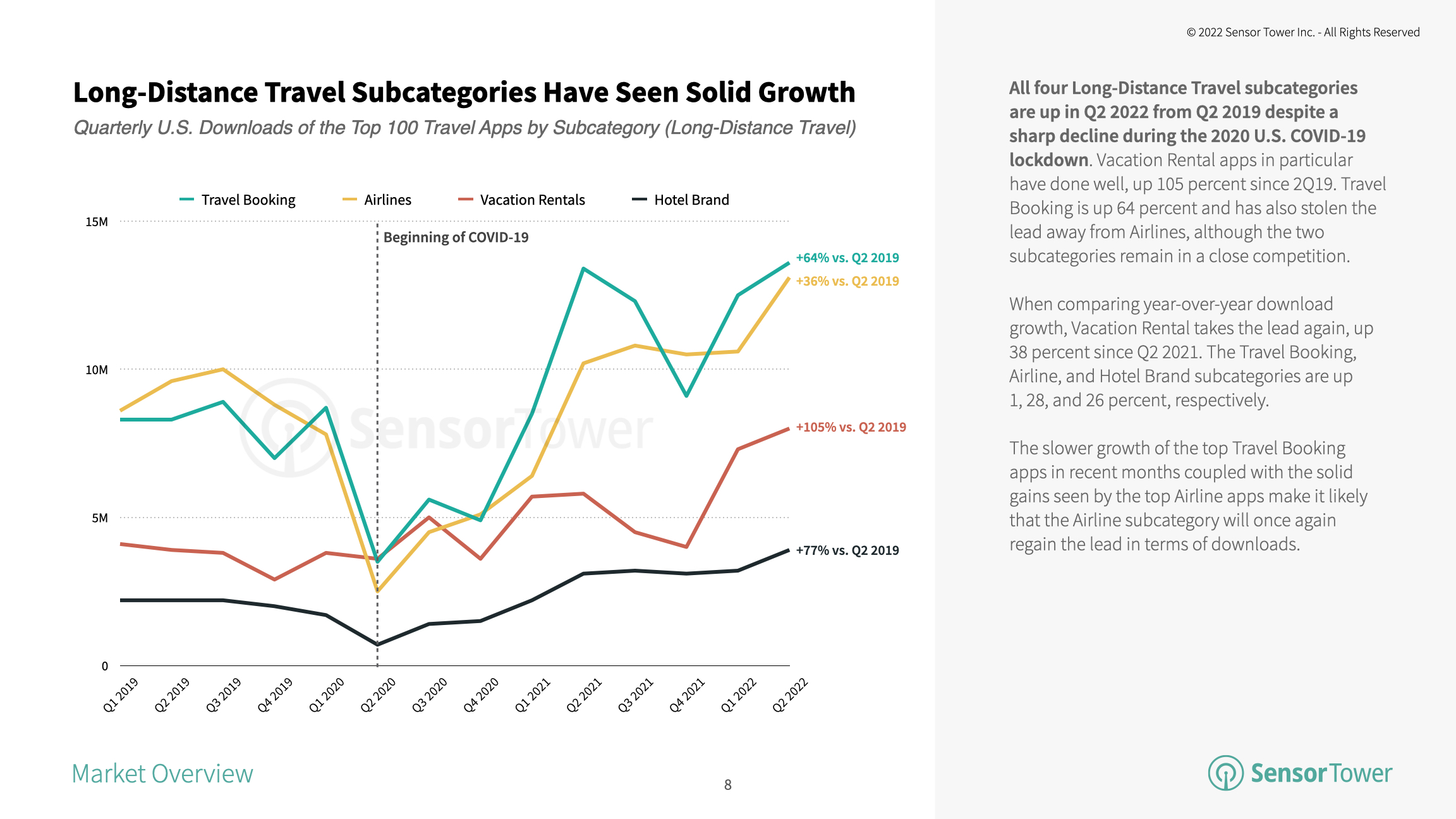 While Short Distance Travel app downloads are still trailing pre-pandemic levels of adoption, this has created opportunities for competitors of previous market leaders. Among the top six e-scooter sharing apps, Lime commanded 44 percent of market share in 2019. This figure fell to 28 percent in the first half of 2022, while competitor Bird grew its share from 35 percent to 37 percent when comparing the same two periods.

Newcomer LINK from Superpedestrian launched in January 2020 and has steadily grown its market share from 2 percent in its launch year to 8 percent in H1 2022. 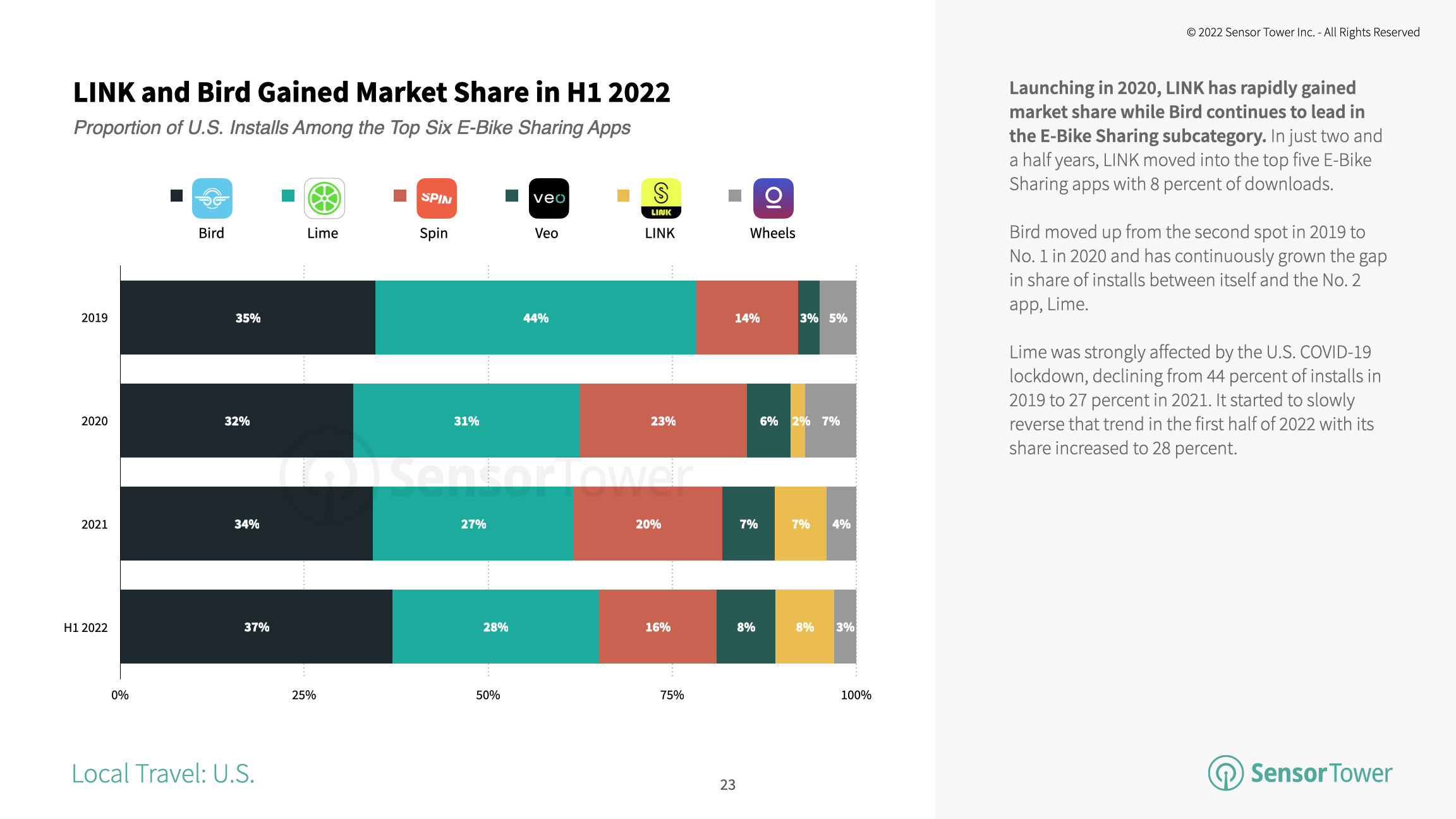 For more analysis from the Sensor Tower Store Intelligence platform, including key insights on the performance of top Travel apps in the U.S., download the complete report in PDF form below: 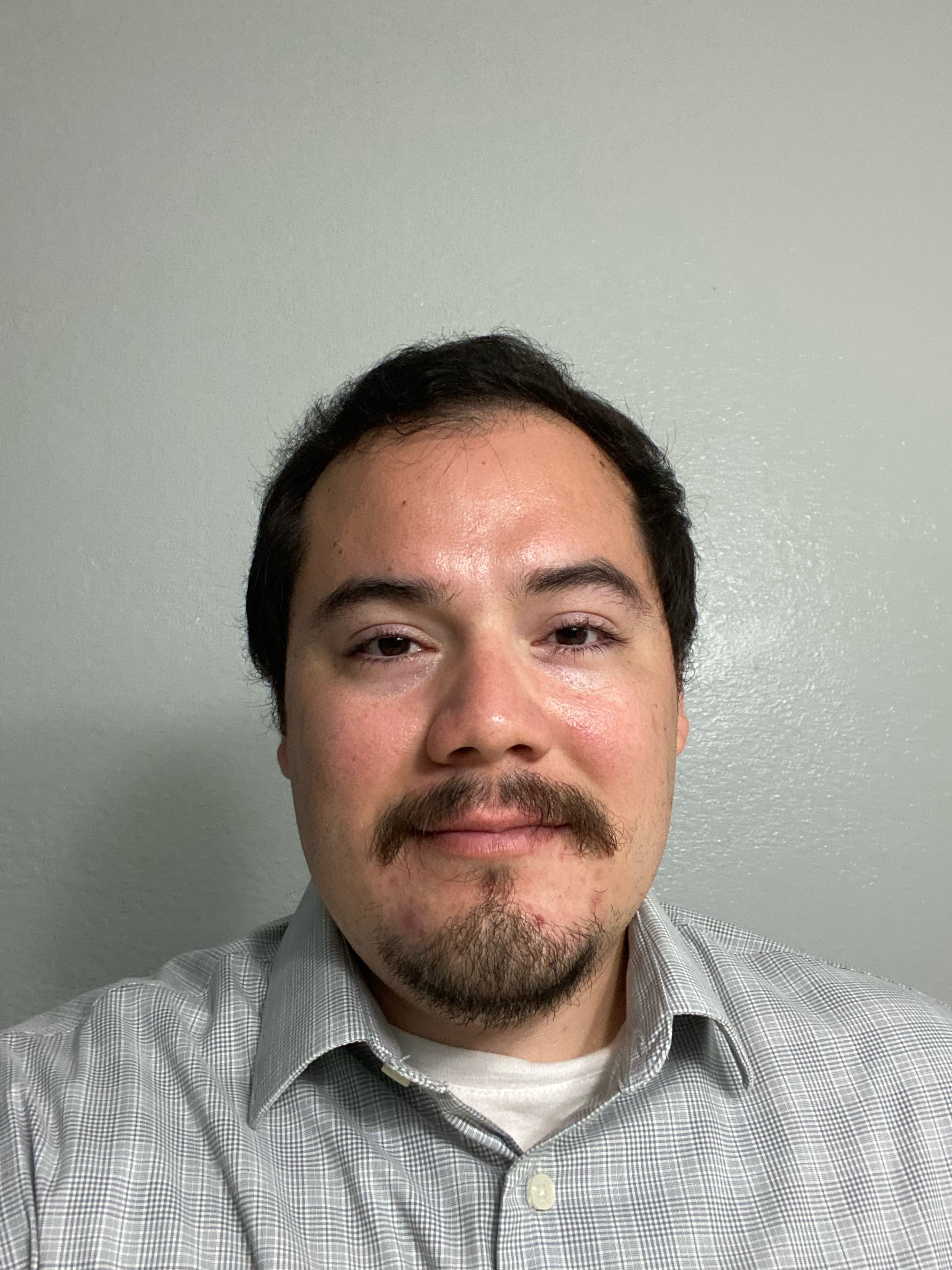