TikTok's gross revenue from in-app purchases of virtual currency (known as Coins) was up 588 percent year-over-year from $1.6 million in June 2018. Spending in the app increased 19 percent month-over-month from $9 million in May.

This increase in spending has been most pronounced during the first half of 2019 and is being driven primarily by users in China, where gross revenue for the app has increased 271 percent since January. By comparison, TikTok's revenue from IAP last month was down 16 percent from January in the United States. 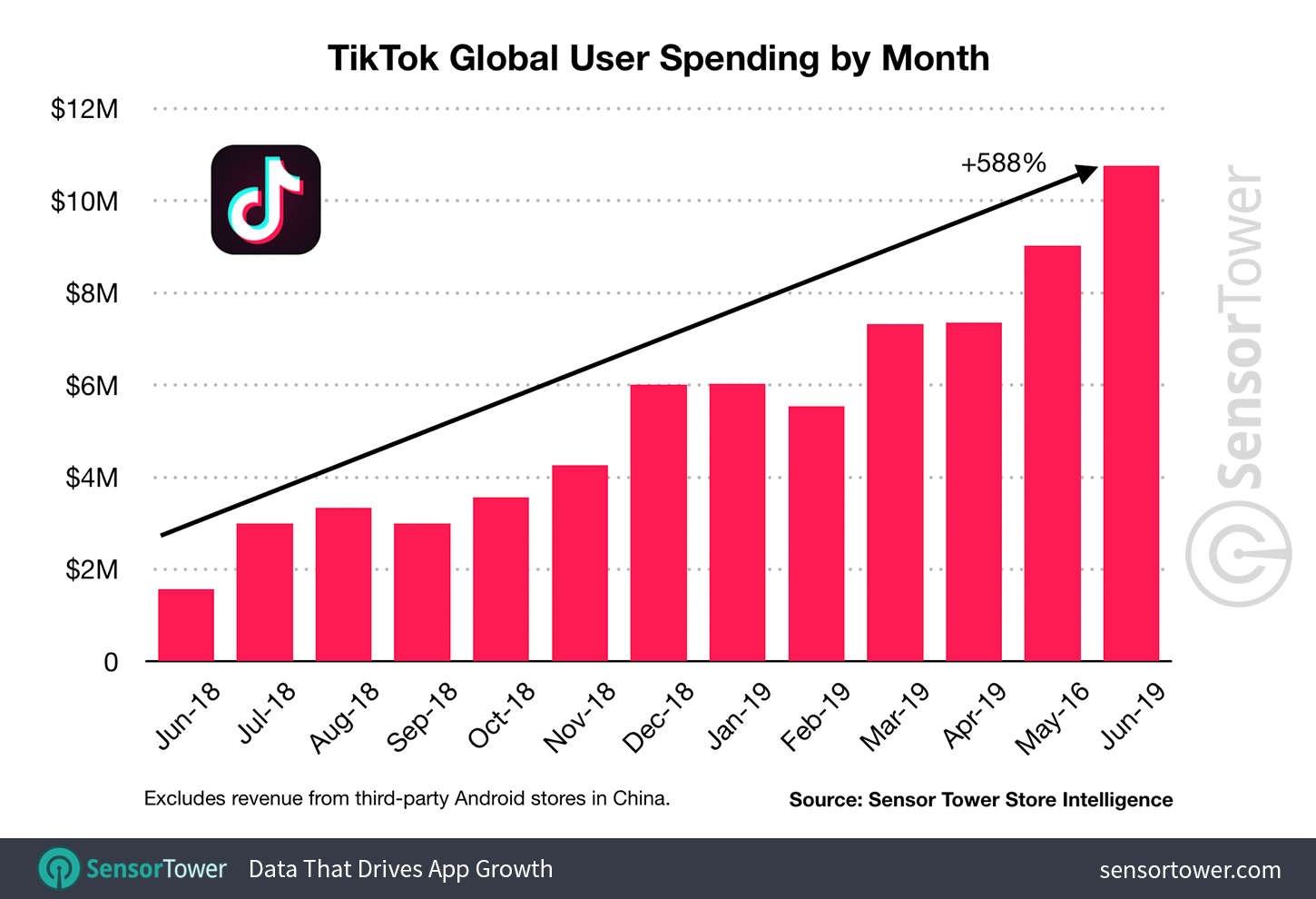 Chinese users accounted for 69 percent of TikTok's in-app revenue last month, up from 30 percent in June 2018. U.S. users of the app contributed 52 percent of its IAP revenue last June, but this dropped to 21 percent last month.

Last month's record spending comes as TikTok is testing several enhancements to its user experience, some inspired by rival Instagram. So far, spending of coins purchased using real money remains limited to gifting live streamers, who can, in turn, exchange these gifts for real money. TikTok hasn't indicated if it intends to extend the utility of coins beyond these transactions.

TikTok has grossed $113 million from in-app purchased to date, not including spending on third-party Android app stores such as those in China. It has been installed 1.27 billion times so far. First-time downloads of the app reached 56.7 million in June, down 7 percent year-over-year from June 2018's total of 60.7 million.