Ever since we launched our Internationalization Tools, Sensor Tower subscribers have been able to see which countries their competition are targeting and use that as a clue as to which markets to enter.

But what if we look at it from the other side of the coin? What is the primary language of the app users in each country? That could also be used as an indicator as to which languages you might want to target with your localization efforts.

There are a few different ways to measure this, but since we have been looking at user reviews a lot lately, we wanted to see how many reviews were left in languages other than the primary language of the App Store that the app is in.

For example, if we look at an app in the US App Store, how many users leave reviews in German or Japanese? In this post, we will analyze the top 11 largest international Apple App Stores to see what we can discover about users who speak a primary language that is not the primary language of App Store that they downloaded an app from.

For simplicity, we are only specifically graphing the top 8 foreign languages in each App Store, and grouping the other languages in to an "Other" category. Also, keep in mind that this data paints some very broad strokes, since it looks at all of the reviews in each country. But this information can point you in the right direction and help you research what languages you should target with your app. 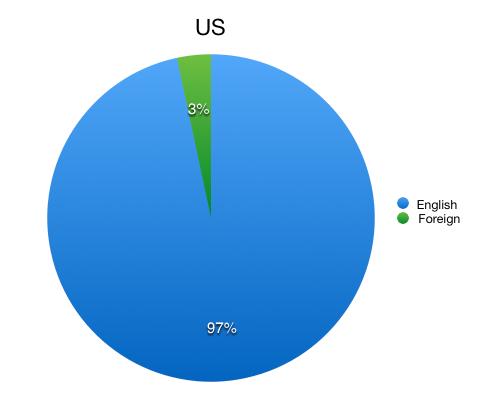 When we break down the 3.34% of other languages that reviews were left in, we see that there is a very strong presence of four different languages. Korean, Spanish, Chinese and Arabic make up the largest individual languages. However, if we look at the bigger picture, 96.66% of the App Store reviews were left in English, so it is one of the least diverse samples of user reviews in this study. 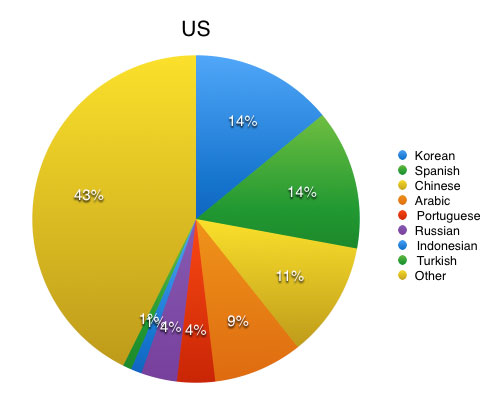 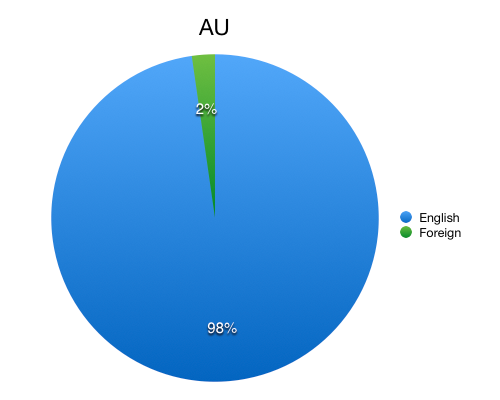 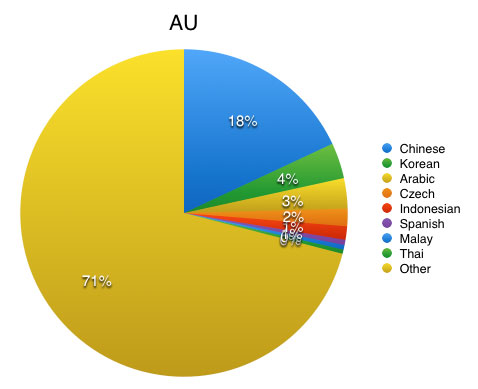 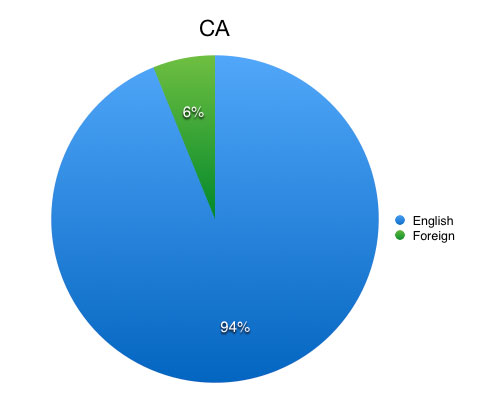 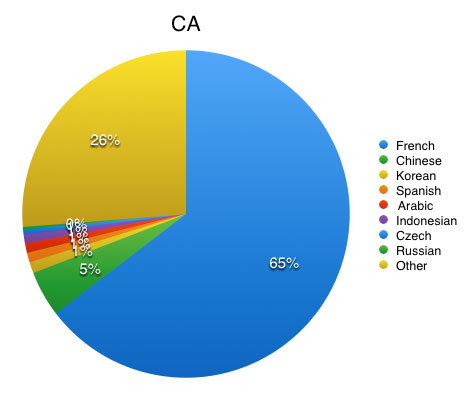 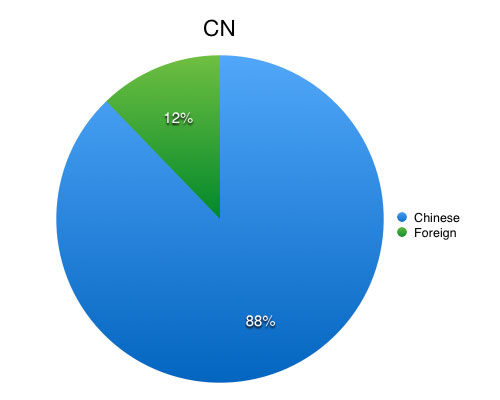 English dominates the foreign language reviews and there is no close second. Since over 12% of the of reviews are not Chinese, English should be the next language that Chinese publishers consider targeting. 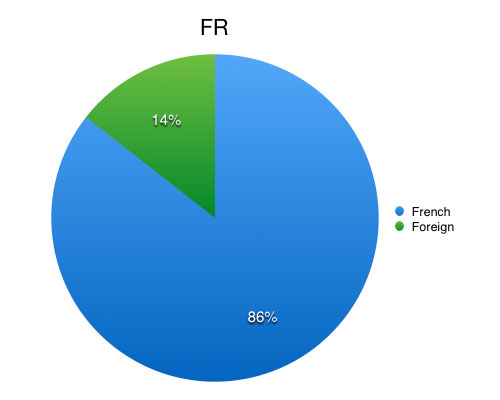 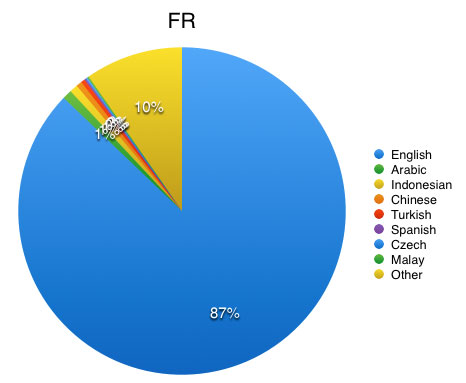 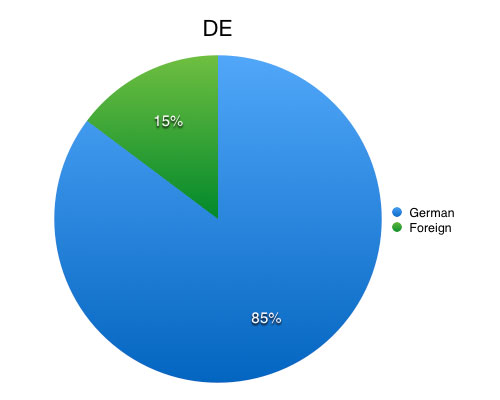 The graph of the foreign reviews in the German App Store looks very similar to that of the French App Store. Again, publishers with apps in this app store should probably look at localizing for English first so they can get into the English App Stores and because a relatively large population in Germany seems to speak English as their native language. 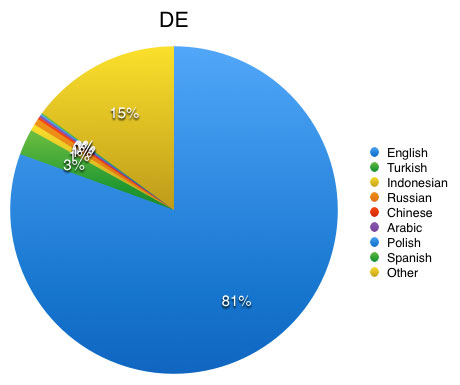 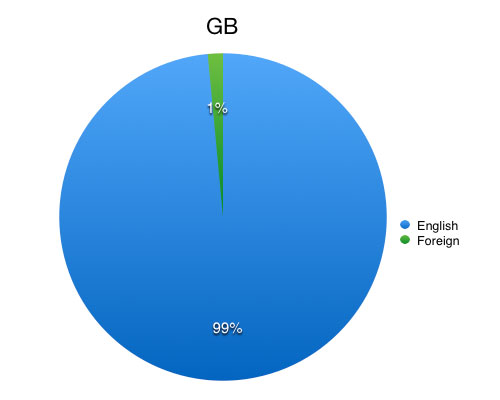 Great Britain has the lowest percentage of non primary language reviews in this study. If we only look at user reviews, it seems like app publishers in this App Store do not need to be as concerned with localizing their app if they are only looking for downloads within Great Britain. 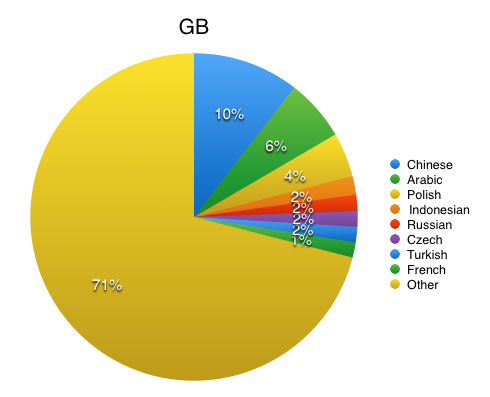 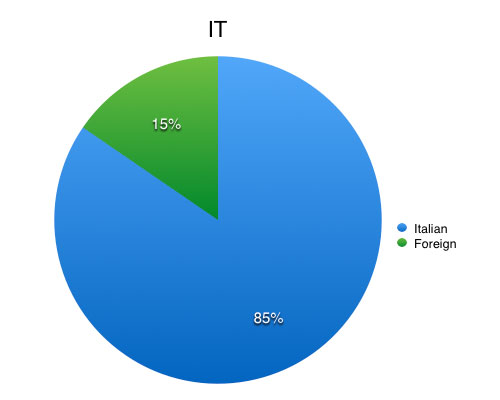 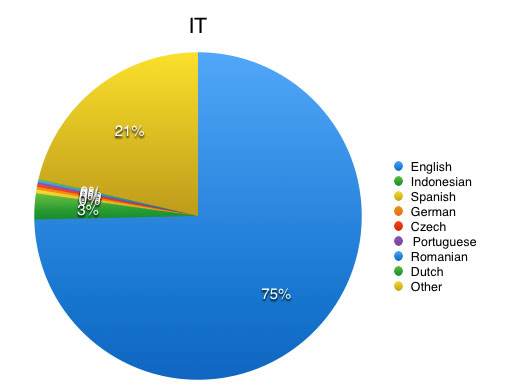 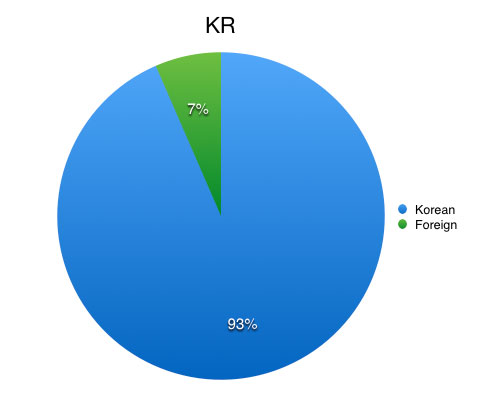 South Korea has a slightly higher percentage of foreign language app reviews, compared to countries like Japan or even the US, but three out of four of them are in English. So if you are a US publisher looking to get into the South Korean market, you will need to localize for Korean, but the English version of your app will not go to waste. 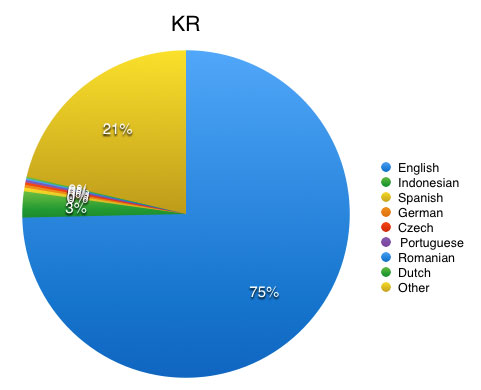 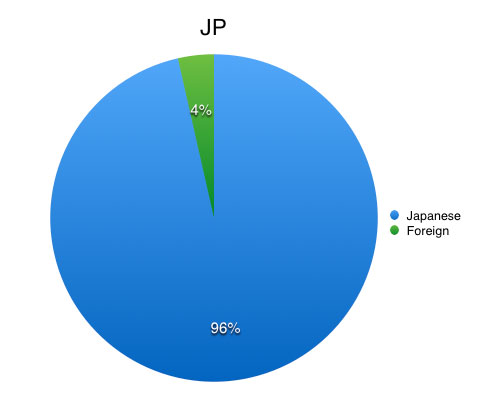 Although the percentage of foreign language reviews is very small at 3.54%, they are very much dominated by English reviews. We would think that Chinese would be a more dominant language since China is closer to Japan geographically, but that is certainly not the case, at least when it comes to user reviews. 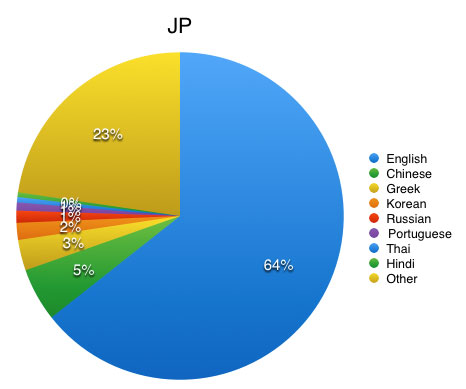 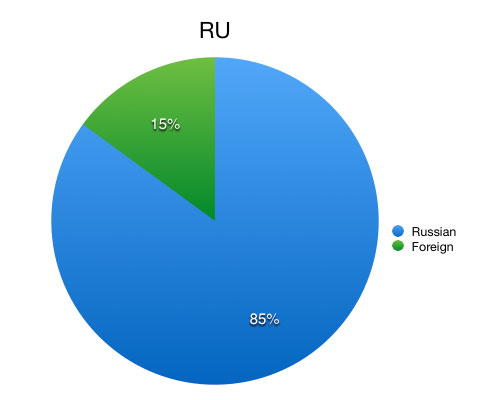 With almost 15% of the app store reviews left in other languages, Russia has one of the most diverse review samples in this study. Like other countries on this list, the foreign reviews are mostly in English, but there is also a fairly large sample of miscellaneous languages. 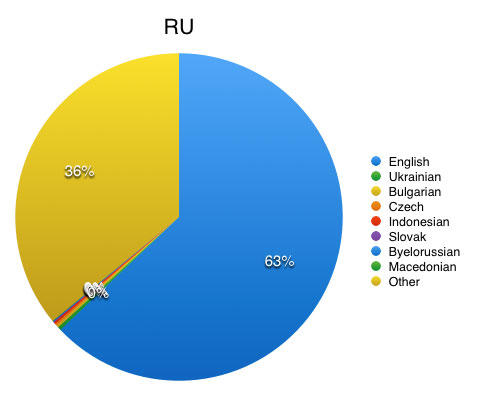 By looking past the primarily language of each of the 11 largest Apple App Stores and examining the reviews that were left in other languages, we get an interesting look at the users of apps in those countries. Some countries are very much dominated by one or two languages, while others have a more diverse cross section of languages.

But one thing is apparent. Apps in every country are downloaded by users who do not speak the primary language of that country's App Store. This means that if you do not localize your app, you are not only missing out on customers in foreign App Stores, but in your country's App Store as well. The best way to start optimizing and tracking foreign keywords for your app to use our Internationalization Tools.

What was the most surprising thing that you discovered in the results above? Let us know in the comments below.