Today, we'll take our study a step further to see how much money app users around the world are willing to spend, and what types of apps they're likely to purchase. If you're planning to do a soft launch internationally, this is data you'll definitely need.

Global Downloads and Revenue in 2015

Before looking at individual markets and their tendencies, here's an overview of which countries have been topping the charts this year.

The data we used for this iOS-specific study ranges from January 2015 through the end of May. Also, it's important to note that these revenue figures include both initial purchase price and revenue from in-app purchases.* 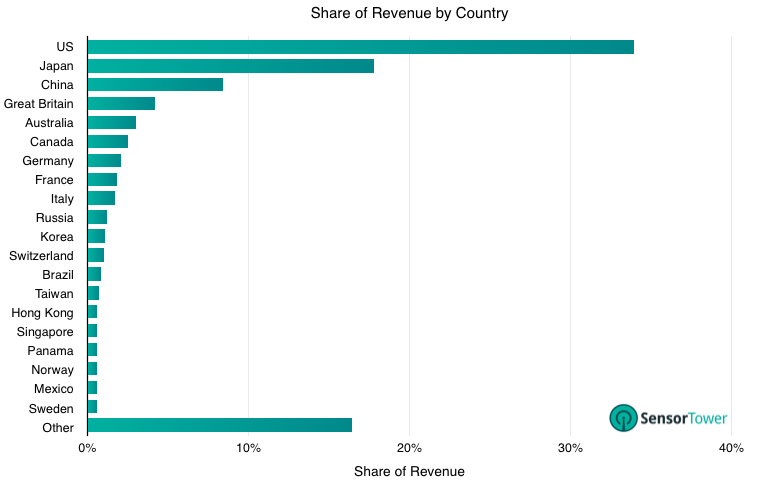 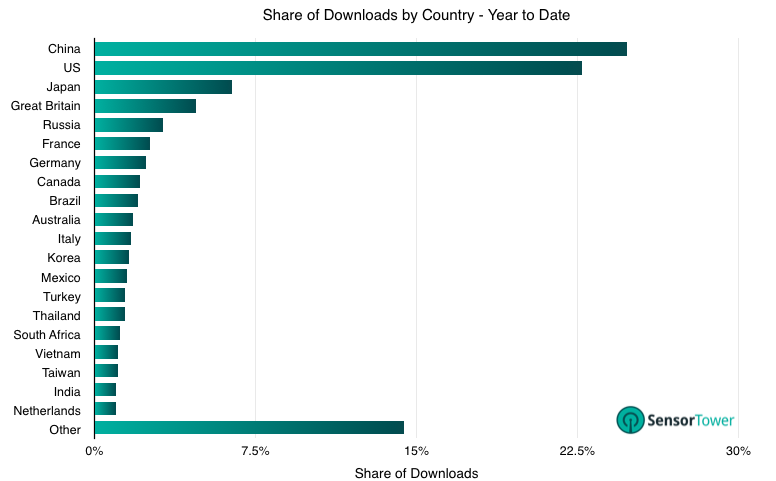 Though the U.S. is still on top of the bunch for greatest share of total iOS revenue, China has leapt ahead in terms of iOS downloads.

Looking at the top five countries appearing in each of these graphs, we compiled our list of six markets to investigate further. 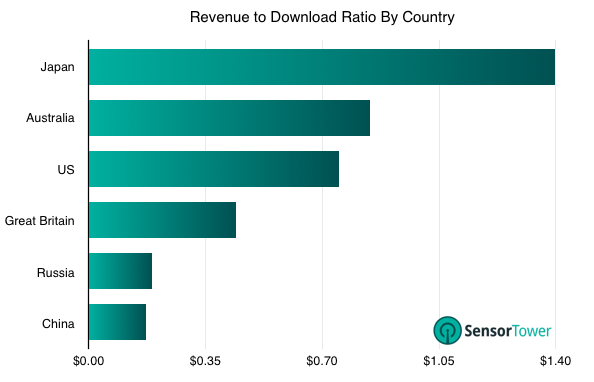 Japan's numbers may be far behind the front-runners in our first two graphs, but we've discovered that Japan is generating the most revenue per download so far this year.

Since downloads in Japan demonstrate so much value, we wanted to know exactly where these downloads are coming from.

Entertainment apps in Japan have the most downloads, but Games are generating, by far, the most revenue per download. To zoom in even closer, we've identified that Role Playing is the best-performing subcategory.**

Here are our next three contenders, in terms of dollars for downloads.

For Australia and Great Britain, subcategory distribution is largely consistent, with Family apps demonstrating the highest revenue per download. In the United States, this category is Puzzles.

Russia and China are the final countries we investigated from our top five global leaders in share of downloads or share of revenue.

Briefly, app users in these markets tended to spend the most money in the Games category. But the average spend in both China and Russia is less than $0.60 per download.

App users in Japan are currently much more likely to spend money on iOS apps than the other major countries in the App Store. Particularly in the gaming industry, lifetime value for a download in Japan is the highest.

Beyond this very specific takeaway, it's easy to see how global market research can have a big impact on launching a new app. Knowing how much money users are likely to spend, per category, in your target market lends a crucial competitive advantage.

Additional Notes on the Data:

*We included IAPs in order to fully demonstrate the lifetime value generated per download, which provides even greater insight into how much people are willing to spend on their apps.