We don't have to give you more stats on how mobile devices are taking over the world, you have heard enough about that already. But you may be thinking that it is too late to get in on the fun of creating apps.

Just like anything else, it will take some time and work to get started, but if you really want to start creating apps, we hope that this post will show you that there can be room for you on the App Store. Here are the top 5 misconceptions about mobile app development that we come across.

1. You Have To Get $1 Million In Funding And Be A Rocket Scientist To Create An App

Creating a mobile app may sound complicated if you have never done it before, but it doesn't have to be. Learning how to develop an app yourself will take some time (like any other skill), but it is possible. If learning programming yourself is not your thing, then you can always find someone else to do it.

If you poke around online, you will find several success stories of young kids who have done well with some pretty simple apps, usually games. Nothing against their intelligence, they are obviously very smart kids, but they do not have a degree in computer science or anything. They just decided to get started.

One of our favorite stories is of our friend Elaine Heney, who started learning how to create iOS games in her spare time, on a shoestring budget. She was able to get an app published on her own, but quickly learned that she needed some help and started hiring developers to help her create her games. She didn't let her lack of funding stop her and built a six-figure mobile games business in about 14 months.

You don't have to have a ton of money or be a really good programmer to create an app. If you don't have much money, but some time to learn, you can start developing yourself. If you have some money, but not a lot of free time, you can hire developers to help you with your project.

2. Your App Has To Be Absolutely Perfect Before You Launch

You want to create the best app possible so your users will love it and it will do well, but you can easily get to the point where launching your app can be unnecessarily delayed by a growing list of "essential" features. Since you do not even know if your will be successful yet, how can you prevent your app from being a giant time suck that doesn't ultimately yield any results?

Start small and define a set of must have features for the first version of your app. Some call this the minimum viable product. These features should be fairly easy to implement and allow you to get a good working version of your app published. Varun Goel mentioned this as one of his biggest tips for beginning developers.

Make sure that your app looks good and is easy to use, but you can always add more features later, if there is demand. If there isn't, then you didn't waste a ton of time on development.

Along these lines, some developers can get caught up in thinking that they have to create both an iOS and Android version of their app before they can launch. Although Android does dominate the number of global installs, the development time for an Android app is usually going to be 2-3x as long as for an iOS app. This is due to several different factors, but a big one is that it takes a much longer time to test an app on all of the different implementations of Android out there. Just start on the one platform you are more comfortable with and take it from there.

3. Since You Think It Is A Good Idea, Everyone Else Will Too 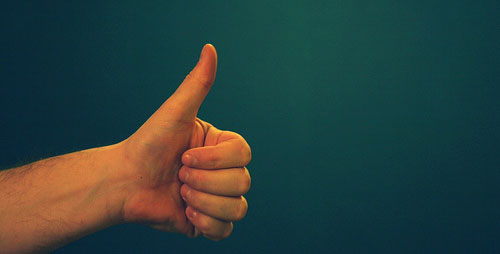 Just because you think that your app idea will become the next Instagram, it doesn't mean that it will necessarily be so. Take some time to ask your friends and family to take a look at your app and find out what they think.

If your family and friends are not in your target demographic, then go to places where people who would use your app might hang out (both online and offline) and talk to them and see what they say. For example, starting a conversation at a bar with people who have had a couple of drinks, will probably get you a more candid responses than an online survey. Whatever you choose to do, a little feedback can go a long way.

4. Getting On The Top Charts Is The Only Way To Succeed 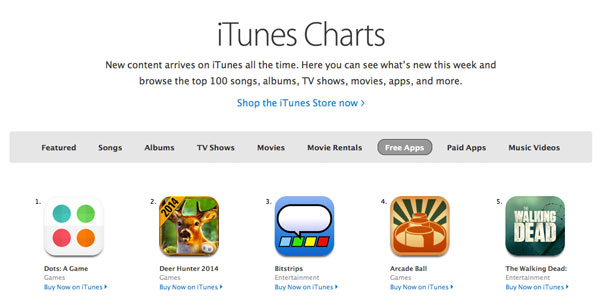 From time-to-time, we get inquires from indie developers asking how to get their app on the Top Charts on the App Store...next month. While this could be possible for the right app, it is highly unlikely because the apps on these charts already have a ton of downloads. Sure, getting on the Top Charts is a great way to increase your visibility and get a ton of downloads, but you can still do very well by optimizing your keywords and doing outside app marketing.

The desire to be on the Top Charts right away generally comes from the perception that there is already too much competition and getting on those charts is the only way to be discovered. This is simply not true.

Felipe Watanabe from Tapps Games mentioned to us that "...there is no case in which a good research and strategy is not able to improve the downloads of an application", when we interviewed him back in August. We also provide case studies of strategies that have helped developers increase their visibility, both on this blog and on Twitter, so be sure to follow us, if you are interested.

5. Keyword Selection Ends When Your App Is Published

If you are just getting started with app development, then it might be tempting to just throw in a few keywords off the top of your head and be done with it. But the reality is that your keywords have to be tracked and improved continually. If you need help with picking keywords, check out our guide to choosing keywords that will get your app ranked and downloaded.

You need to know exactly where your app ranks for all of its keywords and continually prune and upgrade your keyword list. This is only a part of your overall marketing plan, but one that cannot be ignored.

We hope that this post will encourage you move forward with your first app or create more apps. Do not let these myths stop you from going for what you really want.

Yes, the App Store is getting more and more competitive, but all the more reason to get started right now. Our examples have shown that there is still room for quality apps that fulfill a need in the market. There is never a guarantee of success, but you will never know how well you can do until you put in the work.

What is the biggest myth about app development that you have heard? What is holding you back from creating your first or next app? Let us know in the comments below.

Photo Credit: Thumbs Up by sarahreido via Flickr CC