But getting your app downloaded is only half the battle. In order to retain users and maximize your revenue, you also have to optimize the other elements of your app.

In a previous post, Zac showed us that A/B testing can significantly increase conversion rate. The case study in that post showed a 124% increase in in-app purchase conversion. That is huge, regardless if your app is big or small.

So in this post, we are going to give you the benefits of using mobile A/B testing tools and list examples of some of the tools that are out there. We hope that this list helps you find the tool that is right for your needs and your budget.

Tools that help you A/B test have three primary benefits. First, small changes to elements in your app can produce big gains.

For example, button color can be a big factor in conversion rate. If you are interested in learning more about this, you should read this really good post.

Like the article says, it is not a matter of green being better than orange. The best colors for your app will depend on your audience and subject matter. Therefore, you have to do a lot of testing to see what works best for your app.

The Optimizely website has an excellent demonstration of what you can do with their service. Here it is in action.

Second, testing tools allow you to iterate quickly. This is especially useful for iOS apps because each new update is subject to review.

Instead of submitting a change, then measuring the results, you can test two changes at the same time. This will help you get to the best variation much faster than testing one thing at a time.

Third, testing two variations at the same time will also allow you remove extraneous variables from the testing process. For example, let's say that you wanted to find out if a green or orange button is better.

Optimizely is well known in the website optimization world, but they are just getting started in mobile A/B testing. This can be a good thing however, because their site will allow you to create website and app tests in the same place.

Their service features a visual editor that allows you to create testing variations without coding. If you do want to test code, you can also do that with their code block tester.

Apptimize is available for both iOS and Android. They feature flagging and staged rollouts. This will allow you to gradually roll out features and turn off features that are not working. You can also target users by criteria such as device or geographic location.

Splitforce allows you to test iOS, Android and Unity apps. Their online experimental builder allows non-technical people to test almost anything with no additional coding required. They also provide user segment targeting, auto-optimization and the ability to export data. 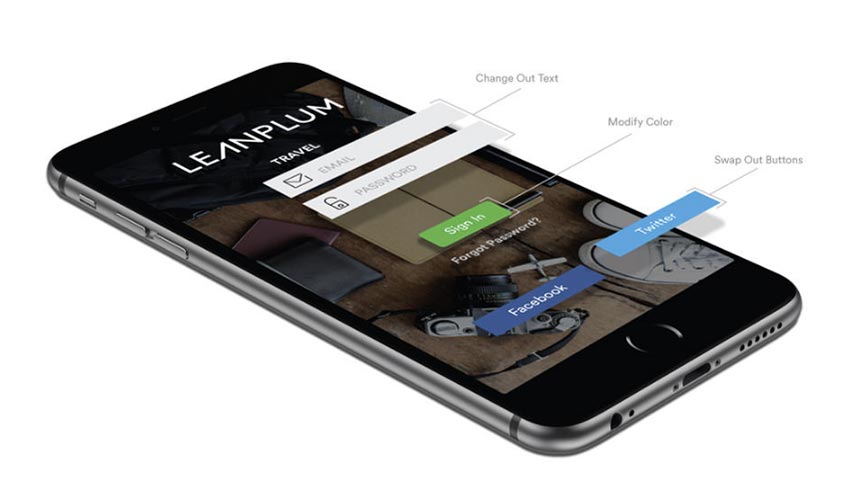 In addition to A/B testing, Bestly also gives you the option to do multivariate testing. They provide access to real-time data and the ability to immediately roll out changes.

On top of the usual testing features, Optimimio offers heatmaps. This is a great way to uncover things that people are tapping on that can be turned into conversion mechanisms. They also offer navigation flow visualization and the ability to create usability surveys.

The way that Vessel primarily differentiates itself from the competition is through its pricing. Their lowest tier is higher than other services, but it does provide unlimited apps and tests. They also offer segmentation, multivariate testing and real-time reporting.

Taplytics offers a free one-on-one setup and consultation with every paid plan. They also provide great documentation that includes Chuck Norris. If you don't know how Chuck Norris and A/B testing go together, check out their site. 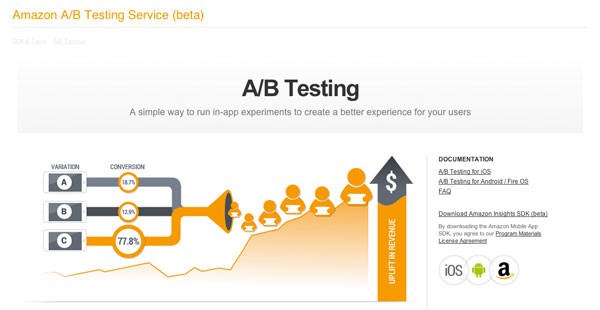 Finally, Amazon pretty much provides every other online service, so it is no surprise that they have created an A/B testing service too. They support iOS and Android/Fire OS. You can test up to five variations at once and it is free.

When your testing finally uncovers the best variation, these tools will also help you deploy the winner. Remember to make sure that your results are statistically significant. It can be easy to jump to conclusions when you are testing.

Which is your favorite A/B testing service? Did we miss anything? Let us know in the comments below.