Nintendo's third mobile game, Animal Crossing: Pocket Camp, remains on of the world's most popular iPhone apps more than a week after its November 21 release—it's just no longer the most downloaded iPhone app in the United States. Sensor Tower App Intelligence data shows that the campsite building game has dropped to No. 3 among all iPhone apps on the U.S. App Store eight days after launch.

To provide a point of comparison, we looked at the ranking history for Nintendo's first mobile game, Super Mario Run, which managed to remain No. 1 on Apple's top free iPhone apps ranking for 10 days following its December 15, 2016 launch. Despite having lost its place on the App Store's summit in Canada, Great Britain, Singapore, and Ireland in addition to the U.S., Animal Crossing is still No. 1 in the all-important Japan, along with Germany, France, Austria, and Luxemborg.

Coming at the subject of No. 1 staying power from another angle, the chart below compares the post-launch runs of Animal Crossing: Pocket Camp, Super Mario Run, and Fire Emblem Heroes in the U.S. App Store's Games category. As you can see, Super Mario Run was the winner by far with 29 days as the top U.S. iOS game, while Animal Crossing came in second at eight days and Fire Emblem was third at just two days. 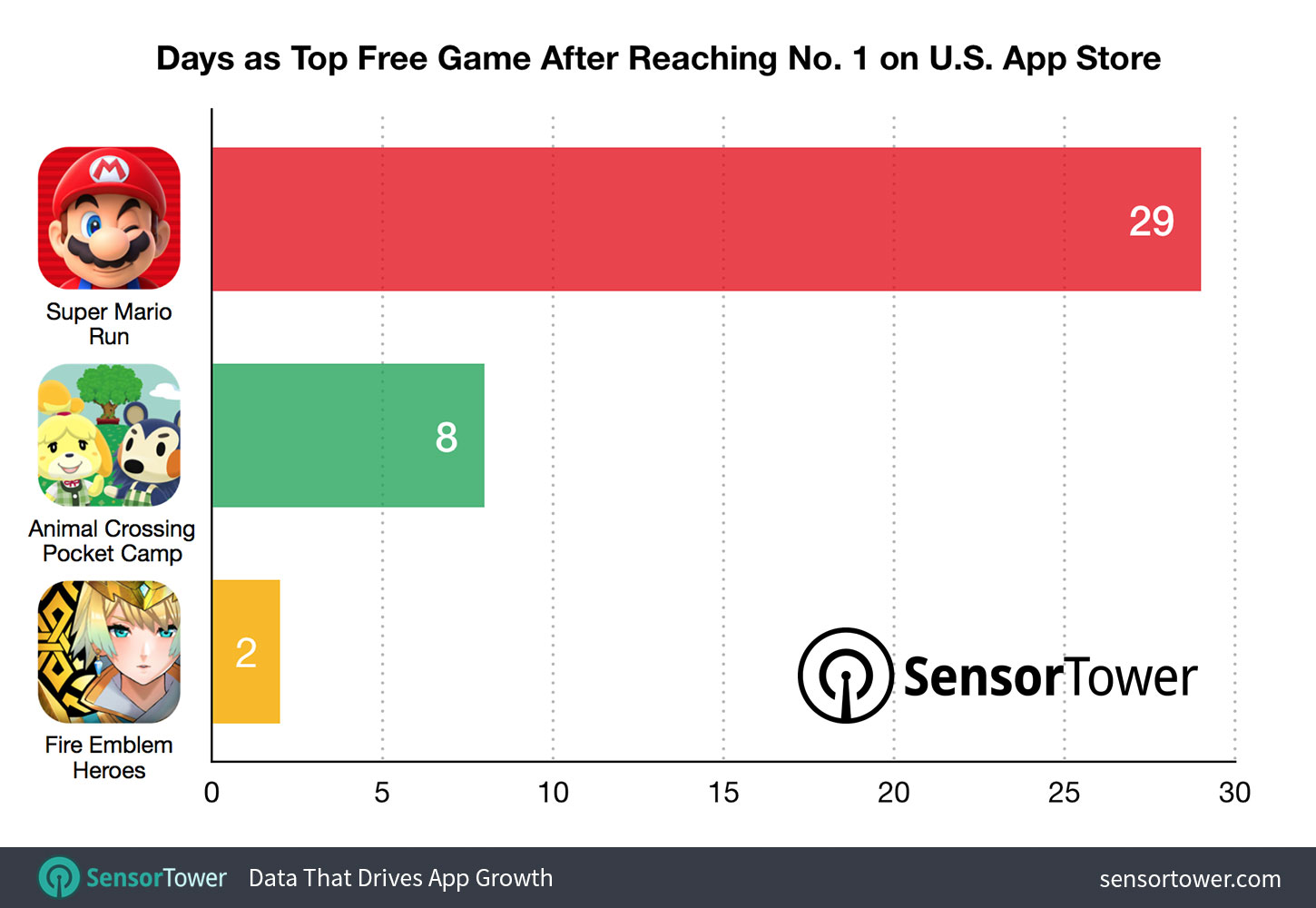 Speaking of Nintendo's mobile Fire Emblem title, the highest it has ranked among all U.S. iOS apps was No. 2 overall (it currently ranks way down at No. 1461 out of 1500). That said, it's currently ranked at No. 9 for U.S. iPhone revenue, which is an extremely impressive feat that Nintendo no doubt hopes to replicate with its latest title—which, as of this writing, is ranked No. 81 for overall iPhone revenue in the U.S.