Sensor Tower's latest mobile ecosystem report delves into the murky realm of referral installs on Apple's App Store to provide clarity on which apps drive the most downloads of others—and how users spent in those apps once they're installed. Based on our study of a sample of iOS apps worldwide between November 2017 and October 2018, we have found that Facebook's mobile app drives the highest percentage of installs of other apps on the platform. What's more, users referred from Facebook also spend far more in the apps they download than those referred any other non-game app in our study.

The chart below reveals by how much Facebook's mobile users outspend those of other social apps on iOS in the apps they install via advertising. At an average of $1.17 spent during our year-long study period, this is approximately three times what user of Instagram spent in apps they installed via ads on that platform. It's also about 4x the amount spent by Twitter users and nearly 10x what users of Snapchat spent in apps they were referred to download. Note that this spending is inclusive of in-app purchases and subscriptions, and does not include commerce such as Amazon purchases. 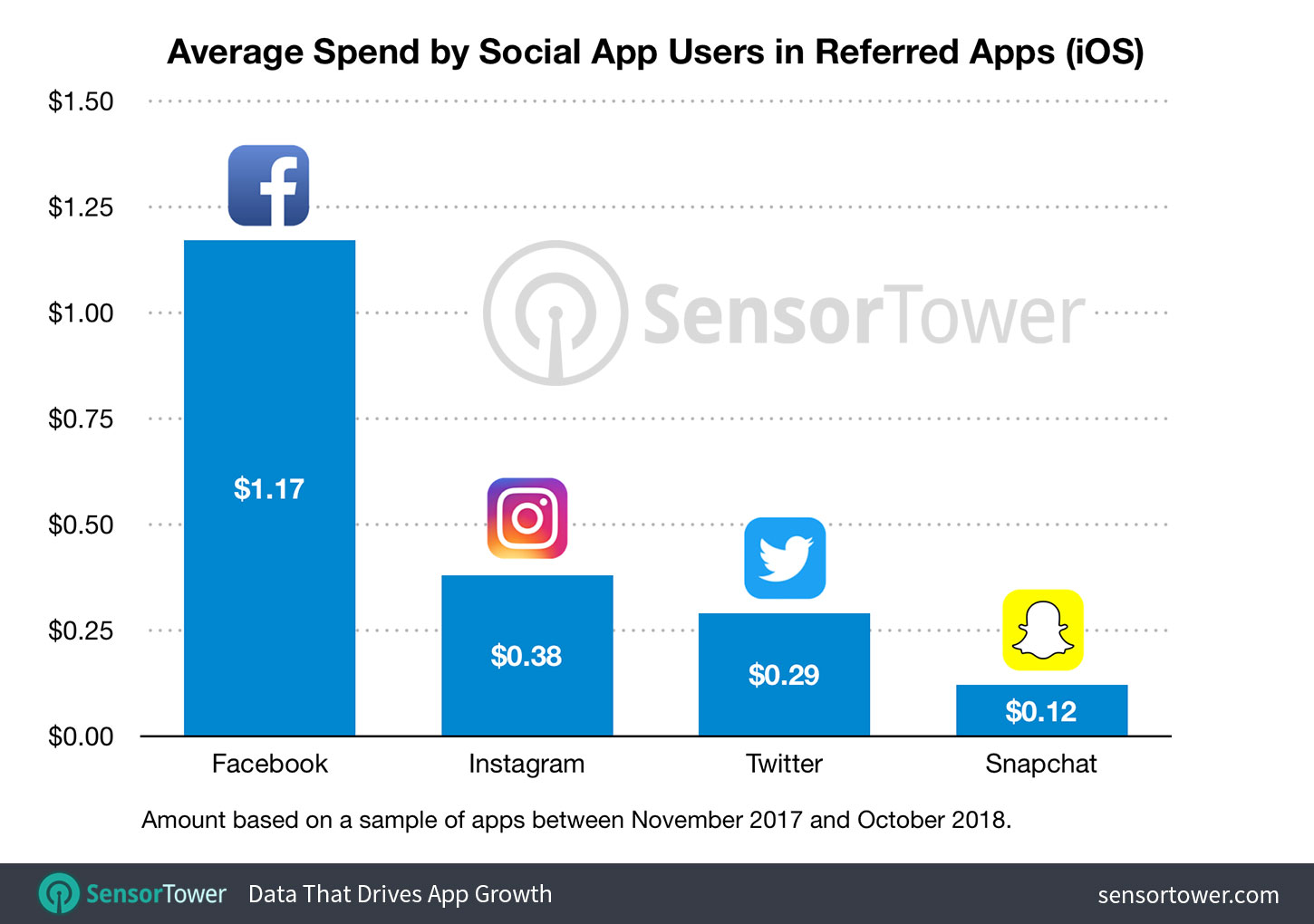 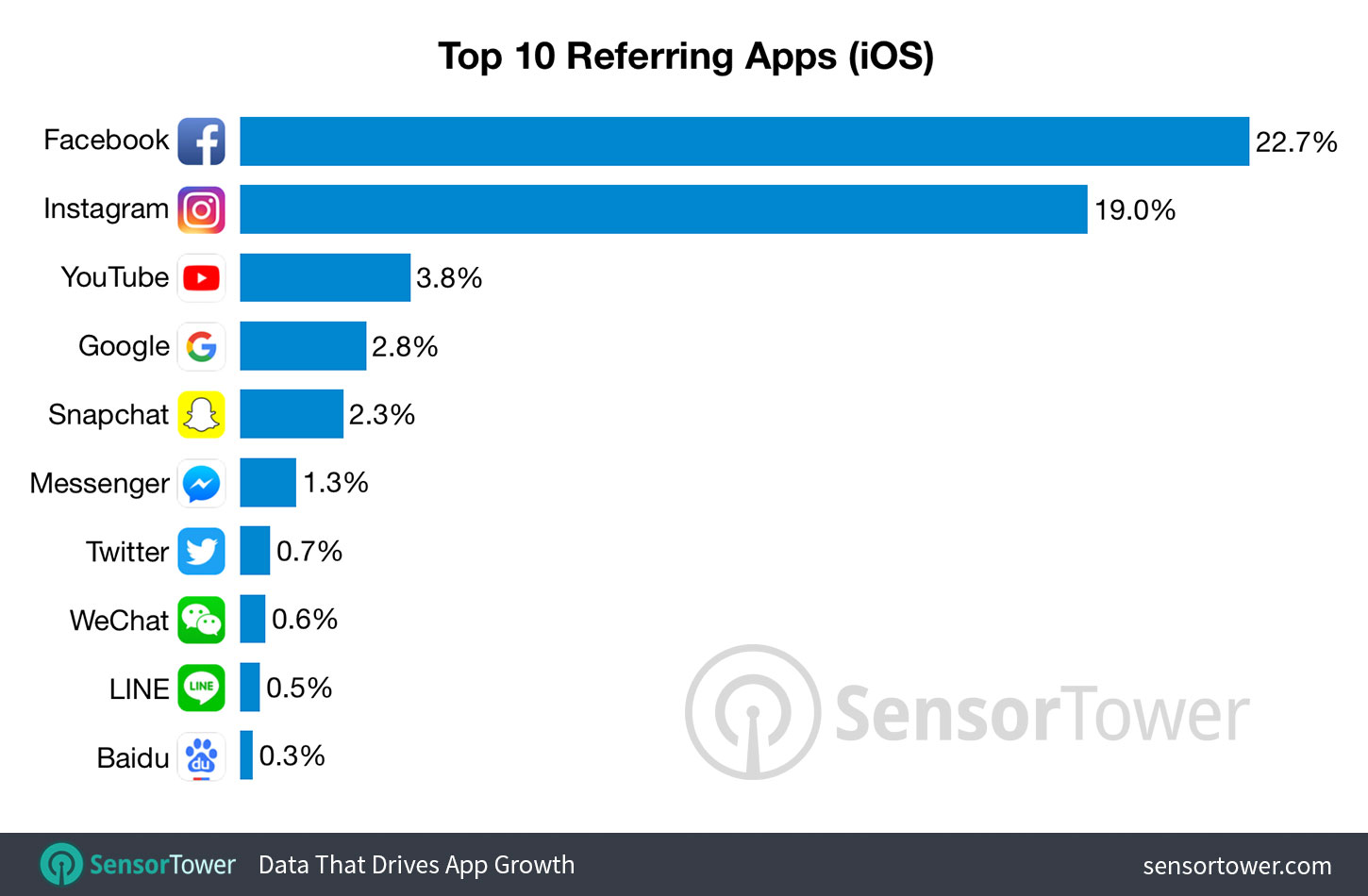 These findings are part of a larger report exclusively for Sensor Tower enterprise users that dives deeper into app referral trends, Games category referrals, and referred user monetization across specific subcategories of games. To find out more about this report, please contact our Customer Strategy team or simply follow the link below.