In this week's wrap-up of apps that caught our attention over the past seven days, we'll take a look at some potential big-name competition for Clash Royale, what Facebook's getting with its acquisition of MSQRD, and how Intuit is making big moves with TurboTax on mobile. Read on for all the insights.

In last week's inaugural Apps We're Watching, we showed you what the launch of Supercell's latest mobile game, Clash Royale, looked like—namely, complete domination of the App Store charts. Now it appears that the Finnish company isn't the only mobile publisher that's been studying Blizzard's success with Hearthstone and preparing a unique spin on its formula. 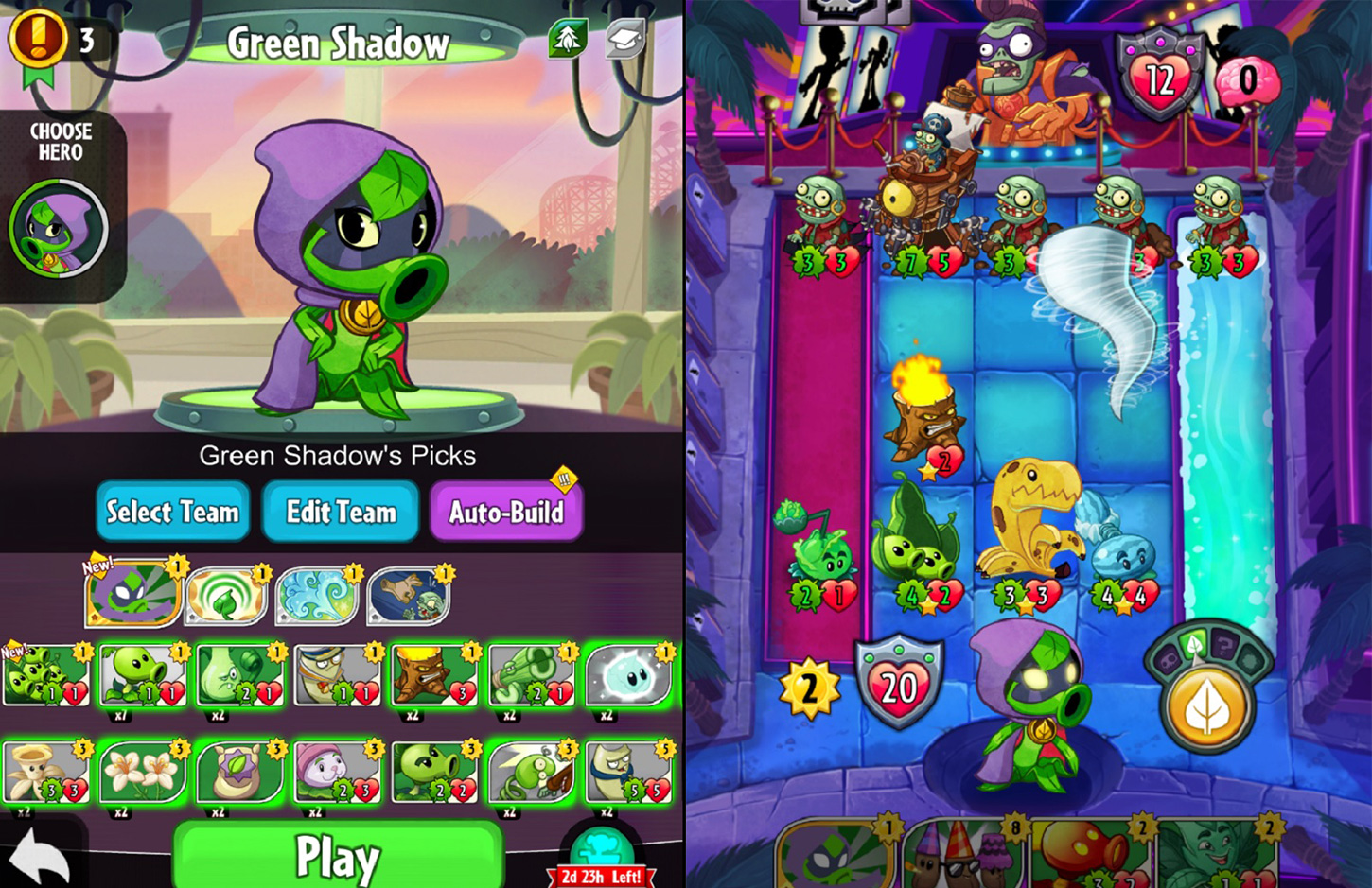 This week, Electronic Arts and its PopCap studio announced the soft-launch—and upcoming global release—of Plants vs. Zombies Heroes, a combination of collectible card game and head-to-head strategy title with some similar core gameplay to Supercell and Blizzard's titles. Of course, it also brings the hugely popular Plants vs. Zombies IP to the (virtual) table along with PopCap's pedigree, which makes its performance during the soft-launch, currently underway in New Zealand and Romania, something we'll be keeping a close eye on.

How Many Users Were at Masquerade's Ball?

Facebook this week acquired another promising startup in the form of Belarus-based Masquerade, maker of MSQRD, a photo manipulation app for iOS and Android that lets users apply masks to their faces, swap faces with others, and generally create a variety of goofy imagery on their mobile devices. Its capabilities were shown to great effect during last month's Academy Awards, where an international audience saw celebrities using the app to transform themselves into Best Actor Oscar winner Leonardo DiCaprio. Perhaps Facebook was watching, too?

We've been watching the app climb the free apps in all categories ranking for iPhone since its worldwide launch last month. According to our Store Intelligence estimates, between December 17 and March 5, it received more than 12.6 million downloads across iOS and Android combined. You can see its user growth on both platforms on the chart below: 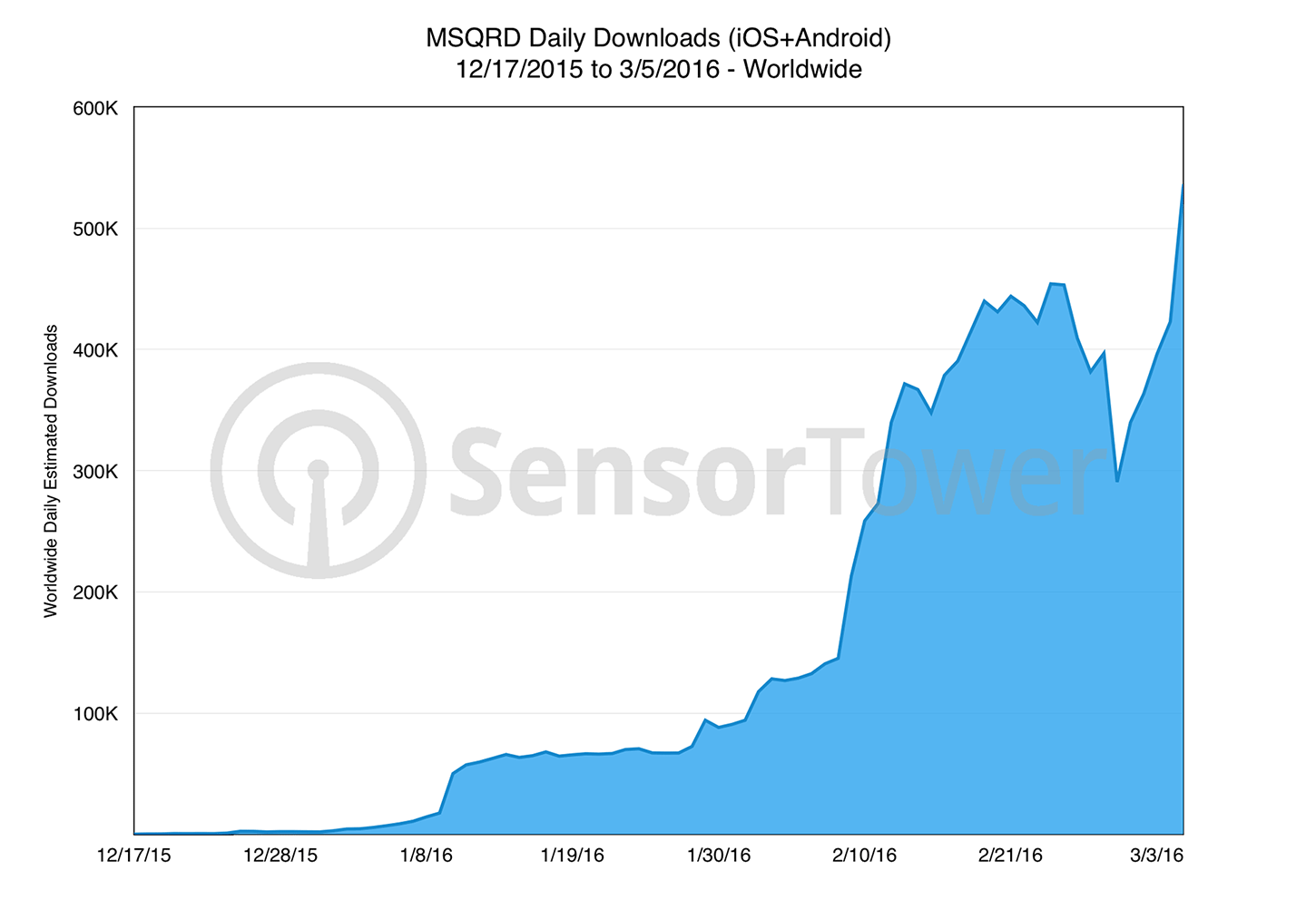 Facebook says it intends to operate MSQRD independently, meaning those users—and no doubt many more to come—will continue to enjoy its features, while Facebook-owned Instagram being able to leverage its technology becomes a possibility.

Finally this week, we have a chart showing the growth of in-app purchase (IAP) revenue from TurboTax since the start of 2014. Normally, you wouldn't expect this to be worthy of a call out, but once you see the chart, you'll understand why we included it: 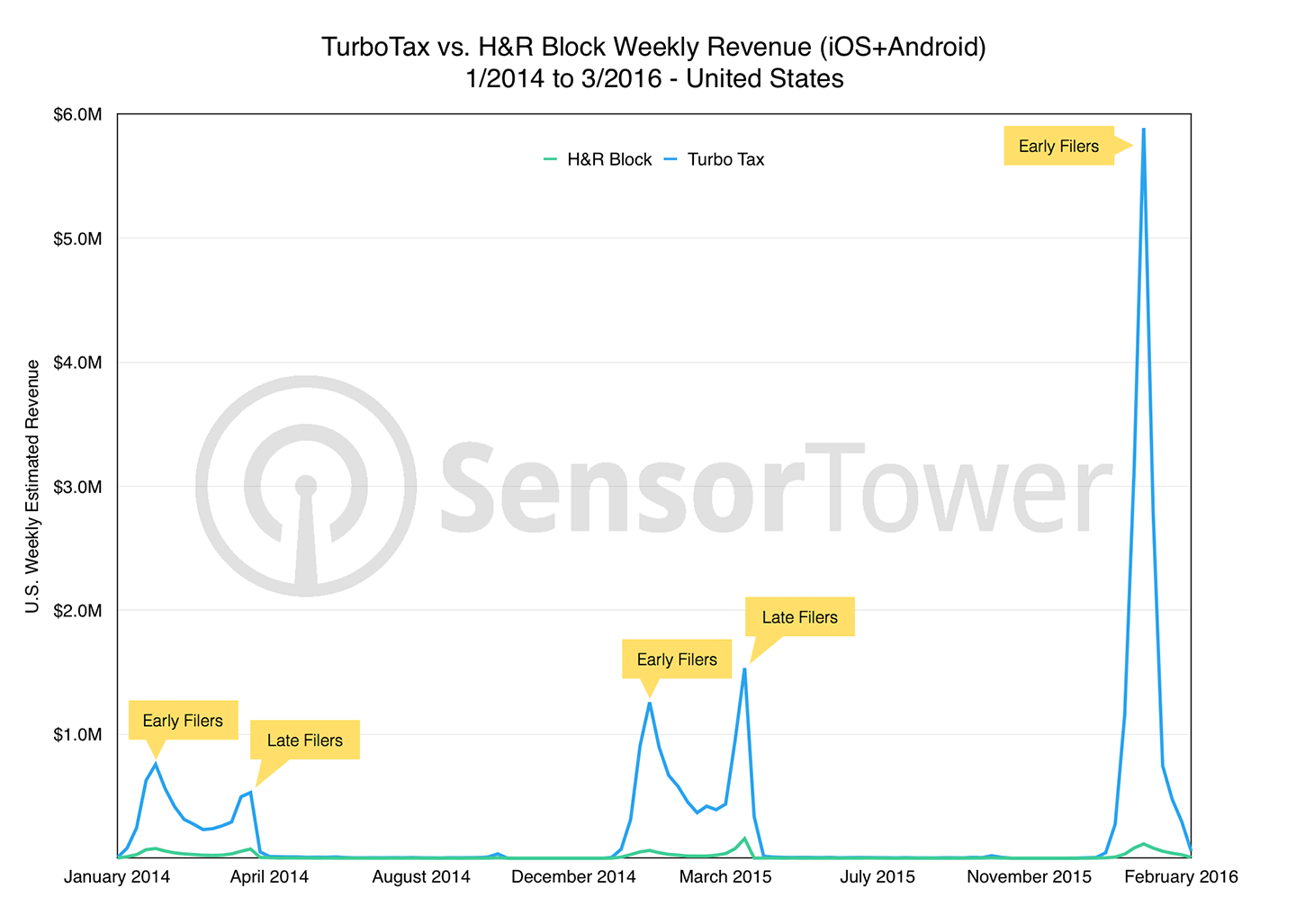 As you can see, the year-over-year revenue growth for TurboTax is nothing short of phenomenal. Clearly, Americans are adopting the concept of filing their taxes on mobile devices at a dramatic rate. What this chart also shows, however, is rival H&R Block's inability to match its IAP revenue growth to any degree.