Can the company that put handheld gaming on the map successfully expand to mobile? Can the biggest name in on-demand transportation deliver when it comes to food delivery? And will the promise of an ever-evolving album help a fledgling music service hold onto its recent wave of new subscribers? This week's Apps We're Watching looks at all three of these stories.

Nintendo's Miitomo is Already a Hit in Japan

Nintendo knows a thing or two about mobile entertainment, having revolutionized the idea of handheld gaming nearly 30 years ago with the GameBoy. Still, it's felt the winds of change and realized that the mobile gaming market simply can't be ignored, and this week the Japanese publisher made its debut on the App Store—not with a game, however, but with a (gamified) social networking app called Miitomo.

Launched yesterday in Japan, Miitomo—which combines Nintendo's whimsical avatars called "Miis" with a novel messaging app—has already reached No. 1 in all categories on the Japanese App Store's free apps chart. Its rapid rise to the top can be seen in the chart below: 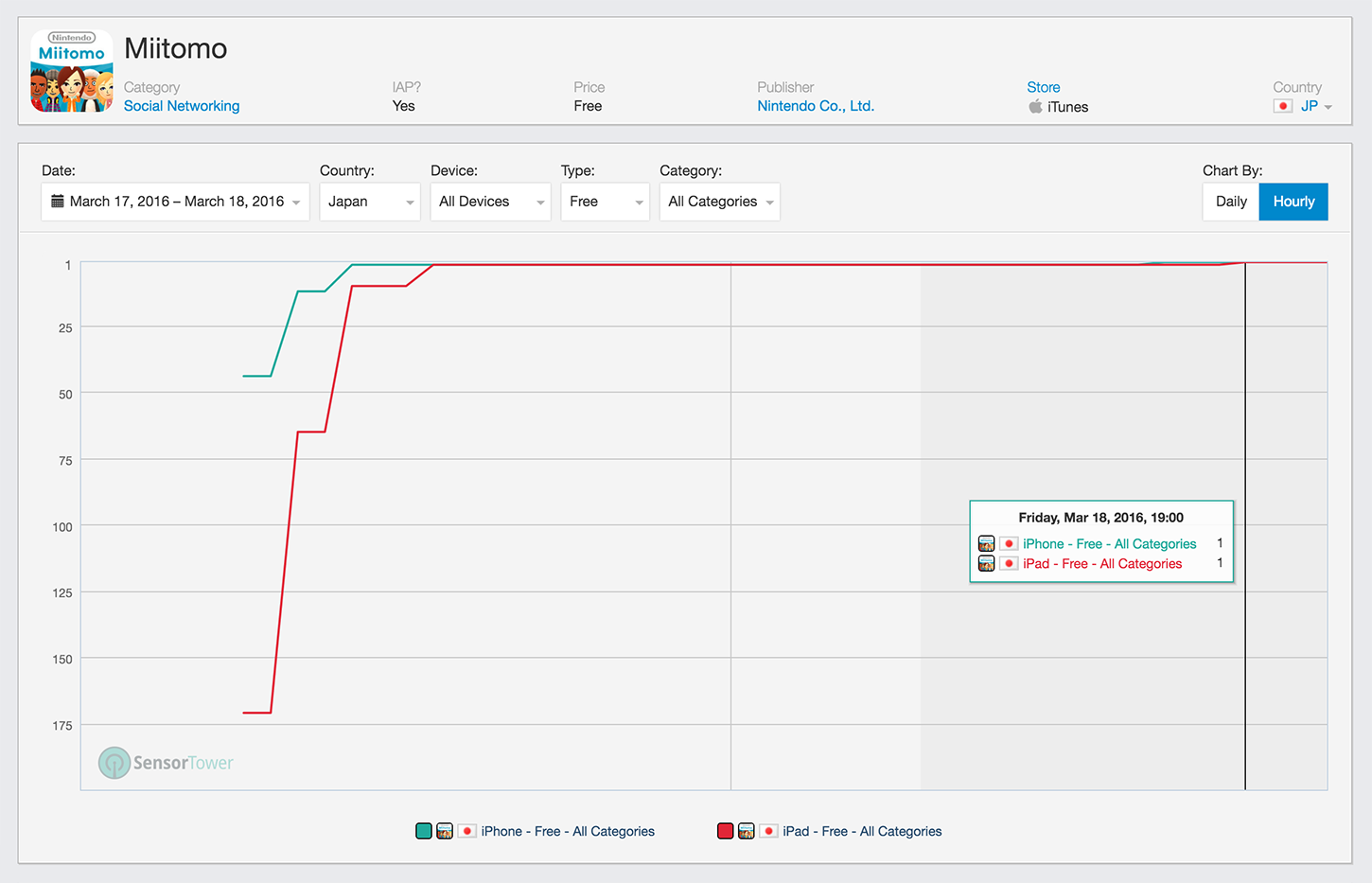 Currently, Miitomo has more than 3,000 user ratings, and more than 80 percent of those are positive. Nintendo is currently accepting signups to be notified of when the app will launch in the West. We're extremely curious to see how Miitomo monitizes—and if Western users will adopt the app as aggressively as their Japanese counterparts—so expect continuing analysis.

After a soft-launch in Toronto, Uber rolled out UberEATS, its on-demand food delivery app, in its first U.S. cities this week. The service has technically been active in Los Angeles since March 1, but has expanded into San Francisco, Chicago, and Houston, with plans to hit Atlanta, Austin, Dallas, Melbourne, New York, Paris, Seattle, and Washington, D.C. next.

Given Uber's leadership in on-demand transportation, all eyes are on how it fares in this adjacent space—one currently dominated by the likes of GrubHub and Amazon Prime Now. 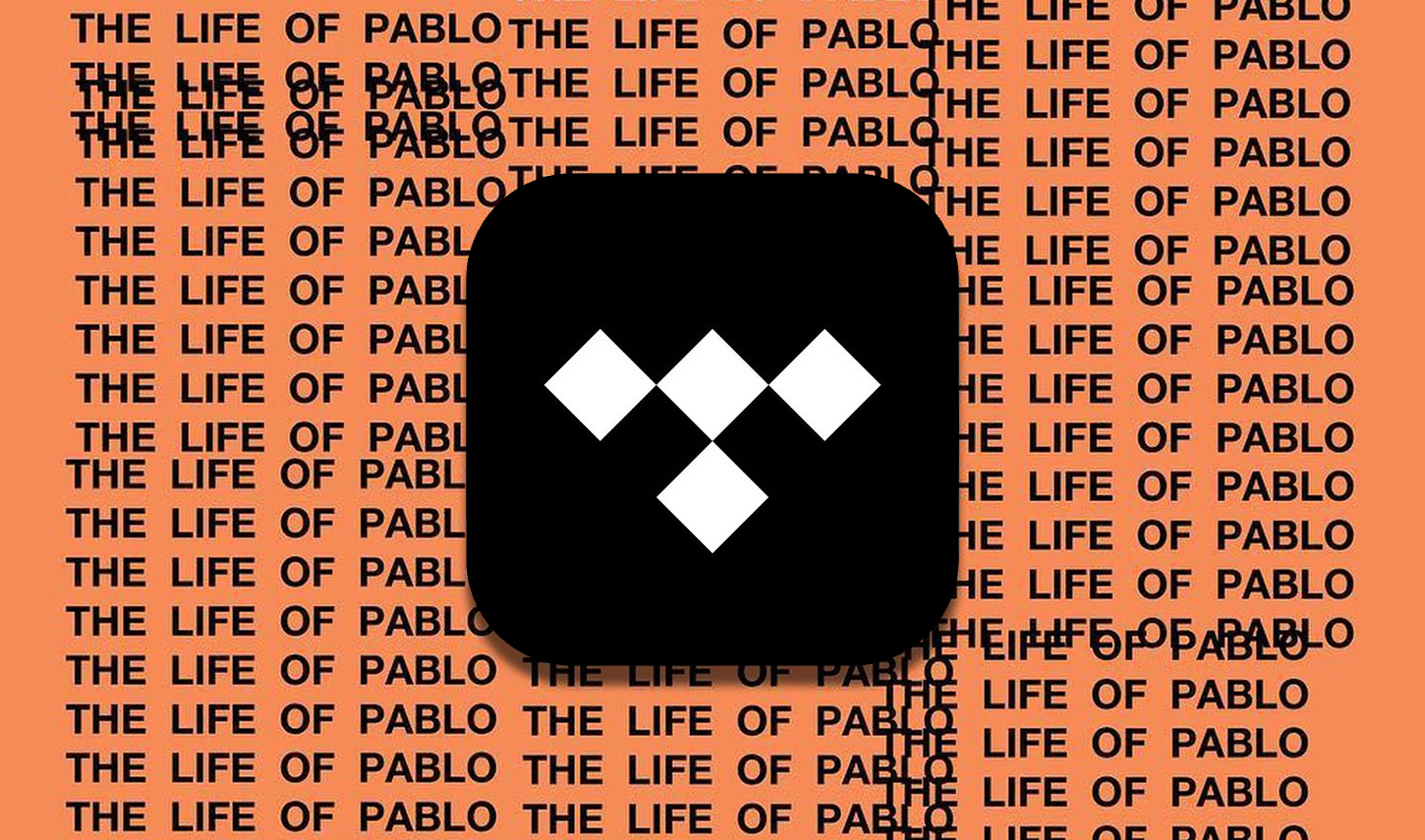 Finally this week, music streaming service Tidal received another unexpected boost from none other than Kanye West, who sent the app's installs soaring last month with the release of his latest album, The Life of Pablo, exclusively to its subscribers. Not only did the hip hop superstar update an existing track and add a new song to the album post-release, but he announced via social media that the album still isn't technically "finished."

While this will undoubtedly help keep a portion of the subscribers earned through the Pablo's exclusive release loyal to Tidal, the service took an extra step by extending its free trial period by an additional two weeks. It's clearly hopeful that this, along with the promise of more content like that which motivated them to sign up in the first place, will help with user retention. The viability of this strategy remains unclear, however, as it relies on a consistent stream of high-demand exclusive content—and, short of a new Kanye album, who can say when the next Life of Pablo-scale release will drop.