Welcome to Apps We're Watching, Sensor Tower's analysis of apps that made waves this week. In this installment, we look at Snapchat's flirtation with the App Store's top spot, another celebrity who's hoping to corner the emoji market, and the U.S. launch of Nintendo's first mobile app.

The Next Generation of Snapchat

First up this week is Snapchat, which on Tuesday received what many are calling its most significant update yet. Dubbed "Chat 2.0", the update introduced new and upgraded functionality app-wide, but primarily to its actual chat component. These include the ability to call contacts using voice or video without already being in a chat with them, in essence giving the app phone capabilities. The app also gained chat stickers not unlike those found in Facebook's Messenger, but not yet customizable like those of recent Snapchat purchase Bitmoji.

These improvements come as the messaging app sector grows more crowded by the week. Snapchat, like its ever-expanding list of competitors, is trying fresh approaches to acquire new users. At the same time, it no doubt hopes to retain existing ones through richer functionality built around the core experience that helped it stand out in the first place. 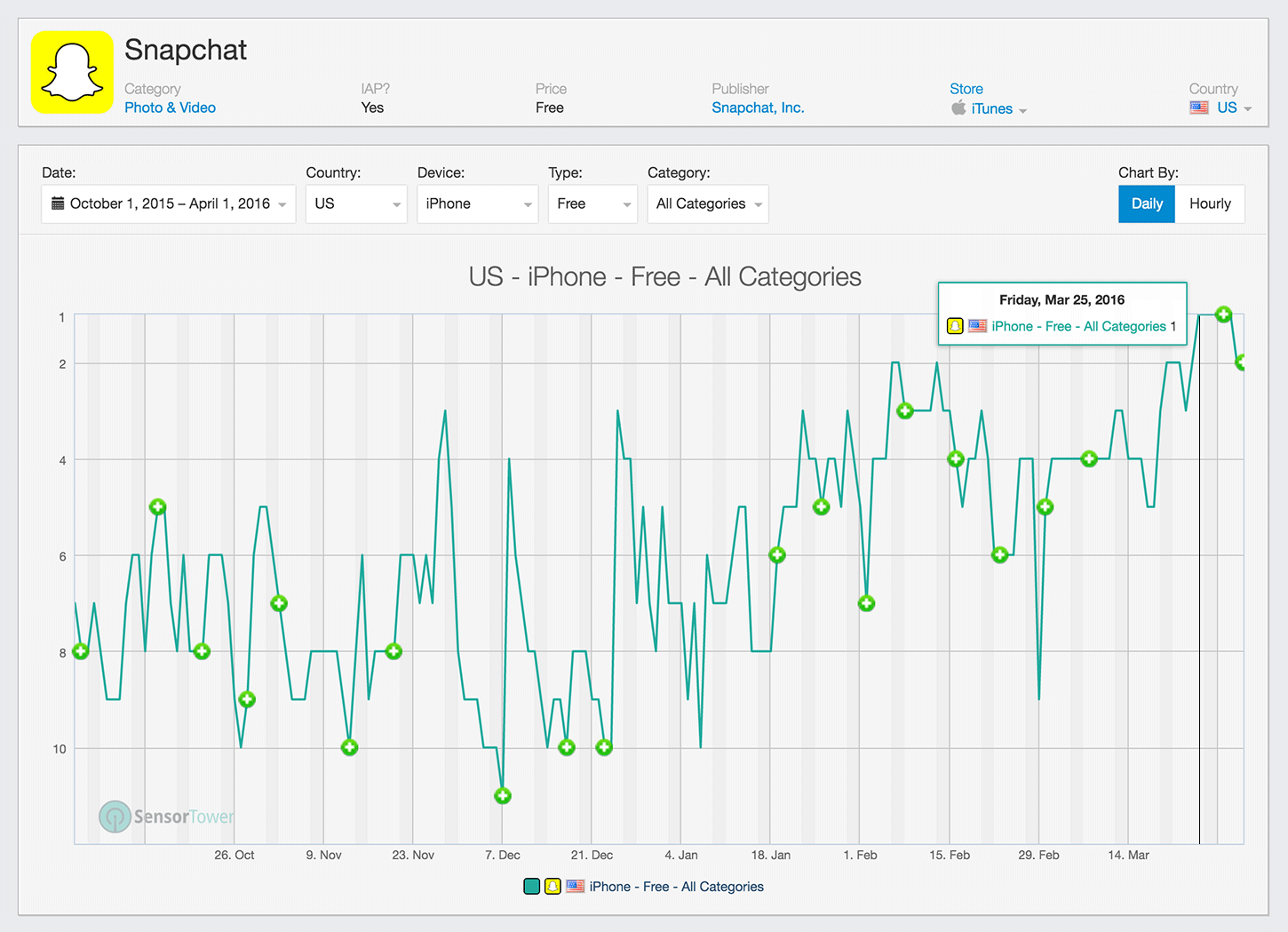 As you can see in the App Intelligence chart above, this appears to be working in its favor. Snapchat reached No. 1 on the U.S. App Store's free apps chart for all categories for the first time this week, where it enjoyed a brief stay before being bumped down by an app we'll talk about later in this post.

Speaking of chart-topping, the U.S. App Store's top paid apps ranking saw a new champion this week in the form of MuvaMoji by Amber Rose, an emoji keyboard from Appmoji that features nearly 1,000 chat-enhancing symbols curated by—and often featuring—its eponymous celebrity. The $1.99 app is in direct competition with Kimoji, Whalerock Digital Media's licensed Kim Kardashian emoji keyboard, which launched in late December 2015 and has topped the paid apps chart on an off since then. 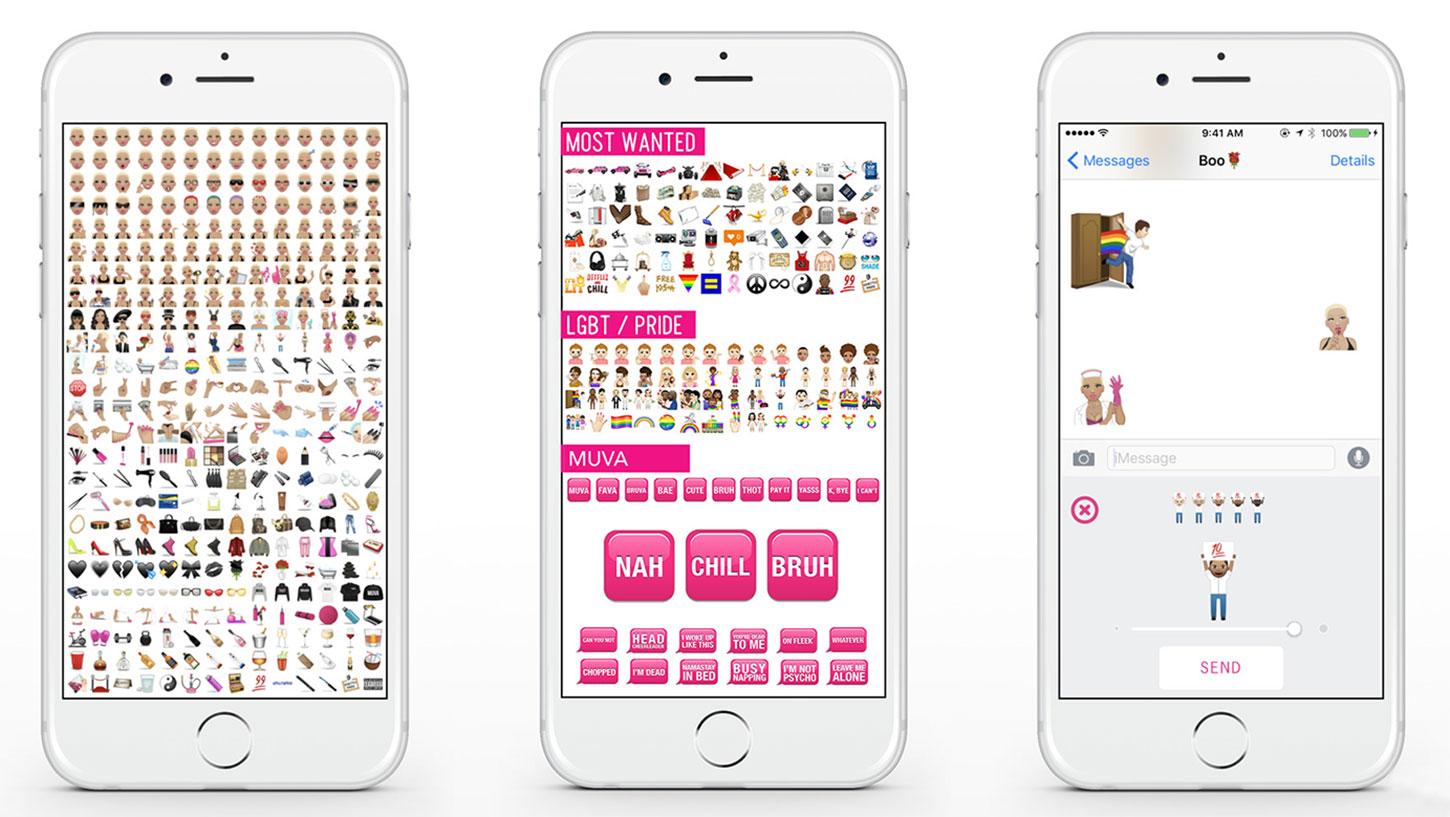 Where Kimoji became the most downloaded paid app on the U.S. App Store just two hours after its release on December 21, MuvaMoji reached the same position in seven hours. Kimoji last ranked No. 1 on this chart in early February and is ranked No. 7 as of this writing. It should be interesting to see if App Store super-stardom is as fleeting for Rose's app. Watch this space.

Nintendo Has a Hit on Its Hands—But for How Long

Last up this week we have a look at the U.S. launch of Miitomo, the first mobile app from video gaming mainstay Nintendo. While some analysts questioned the app's ability to appeal to Western audiences, it had no problem rocketing to the top of the App Store's top free apps ranking in eight hours. (It took almost two days to achieve the same feat in Japan.) The chart below shows Miitomo's rise to the top in the hours after it launched: 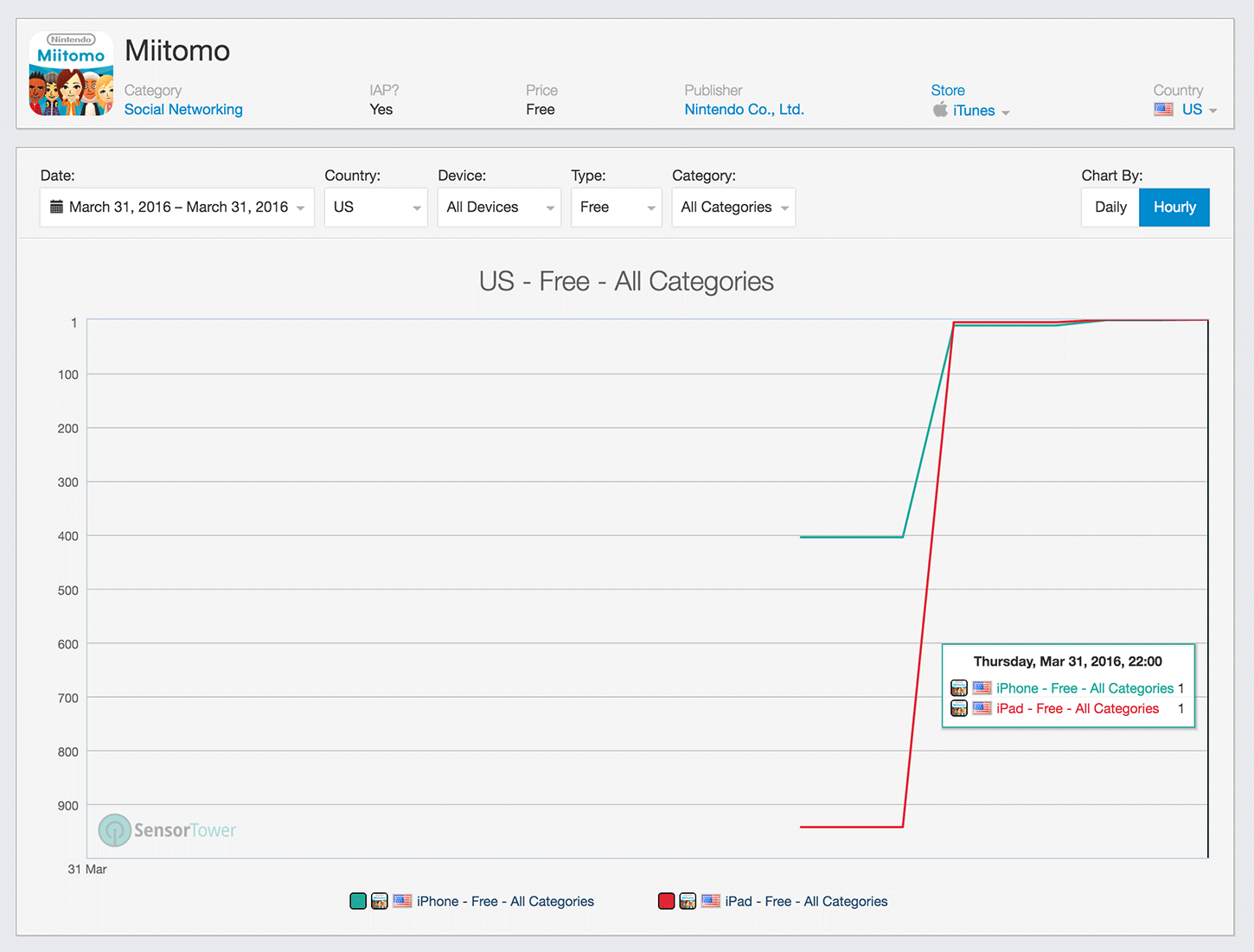 While this is certainly impressive—Supercell's Clash Royale took 12 hours to reach No. 1 by comparison—we'll be watching to see if Miitomo can maintain this momentum. In Japan, the app spent six days at No. 1 but had slipped to No. 19 as of this post.