Apps We're Watching is your weekly digest of the apps that've lit up on our radar in the last seven days, from new releases climbing the charts to popular mainstays that are making the news, and more. This week we share our take on two freshly released games with different monetization approaches—Teeny Titans and The Sandbox Evolution—and look at the latest usage figures for one of the app world's most well-known names: Instagram. 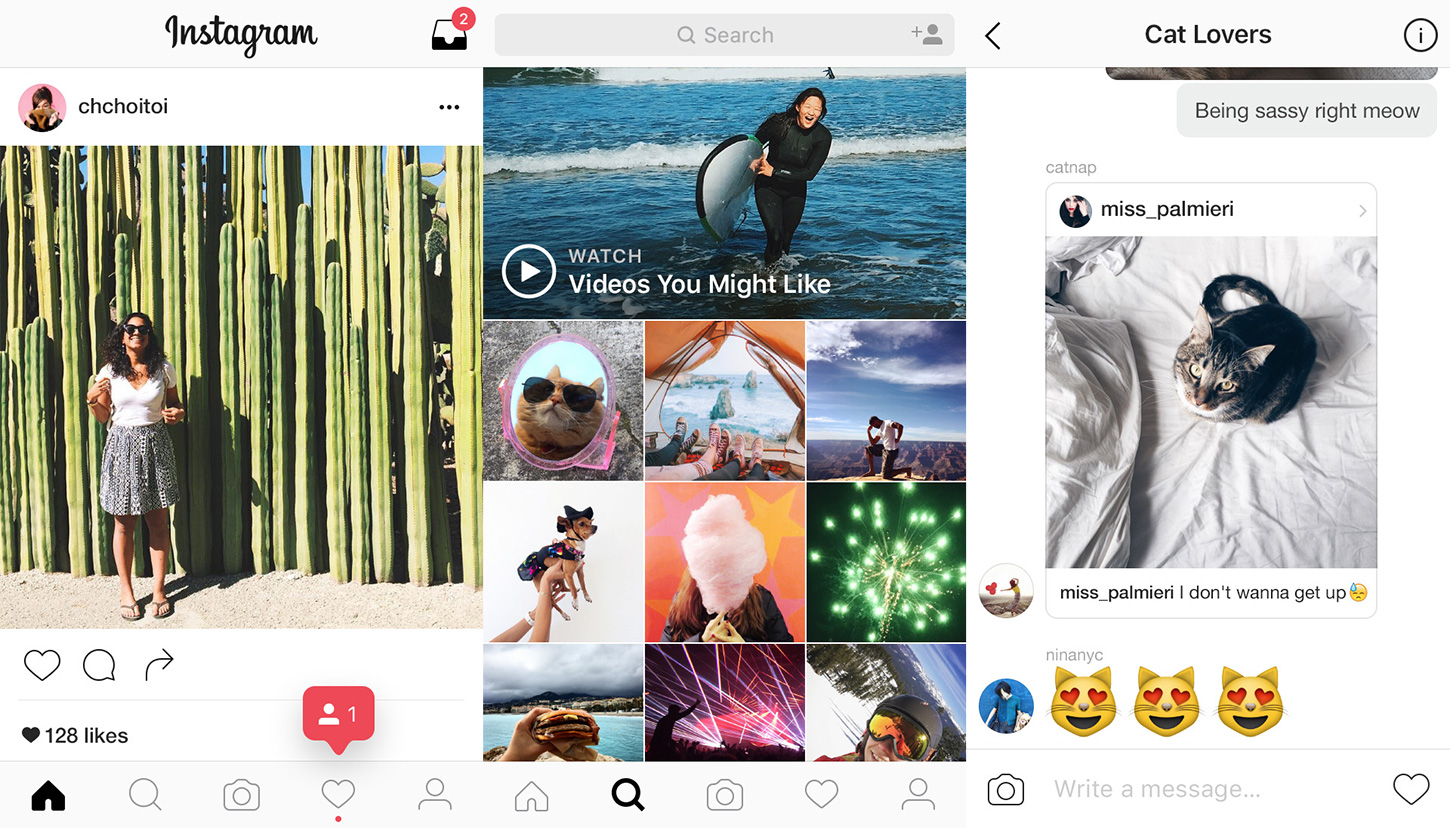 The week started off with some big figures out of Instagram HQ, which touted impressive growth for the social photography app over the past two years. In that time, total users of Instagram have doubled to approximately 500 million. What's more, the publisher has gone on the record as having more than 300 million monthly active users, which, while still a far cry from Facebook's most recently reported 1.51 billion mobile MAUs, is nonetheless impressive.

There's Potential in These Pixels 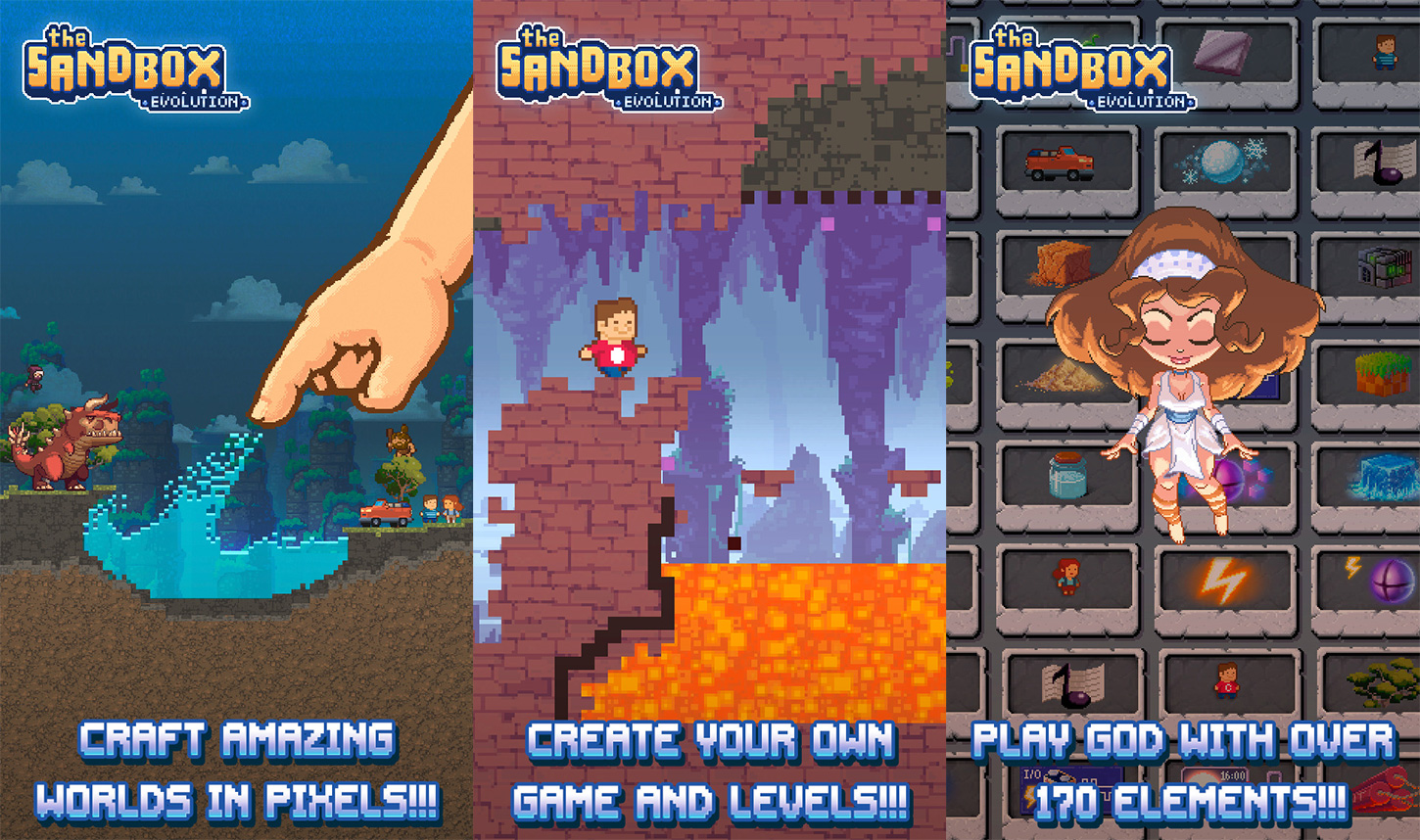 The first of two games that caught our attention this week, The Sandbox Evolution, is the sequel to a 2012 release from PIXOWL that sees players building intricately detailed, playable game worlds from retro-inspired 2D pixel graphics. According to Sensor Tower's Store Intelligence platform, the original game has racked up more than seven million installs worldwide since its launch on the App Store, and its sequel is definitely off to a solid start. In fact, at the No. 38 iPhone all categories rank as seen in the App Intelligence category ranking chart below, it has already surpassed the all-time high iPhone all categories ranking for the original game of No. 114 in November 2014. 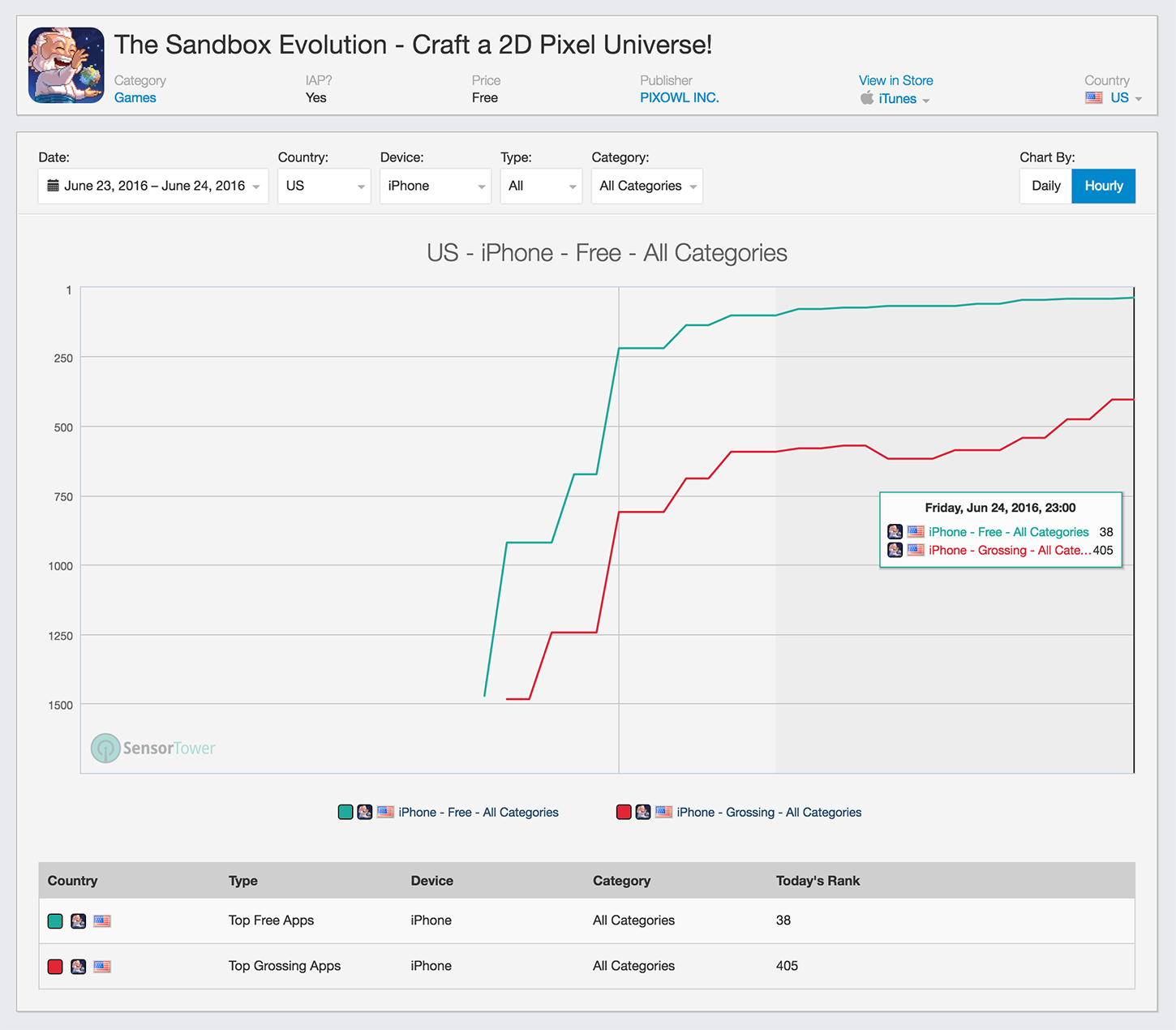 Like the original, this title is free to download and features in-app purchases. So far, the majority of users spending money in the app have opted for the $9.99 non-consumable All Elements Pack, which, as its title implies, unlocks all of the numerous (more than 160) world-building elements within that game. 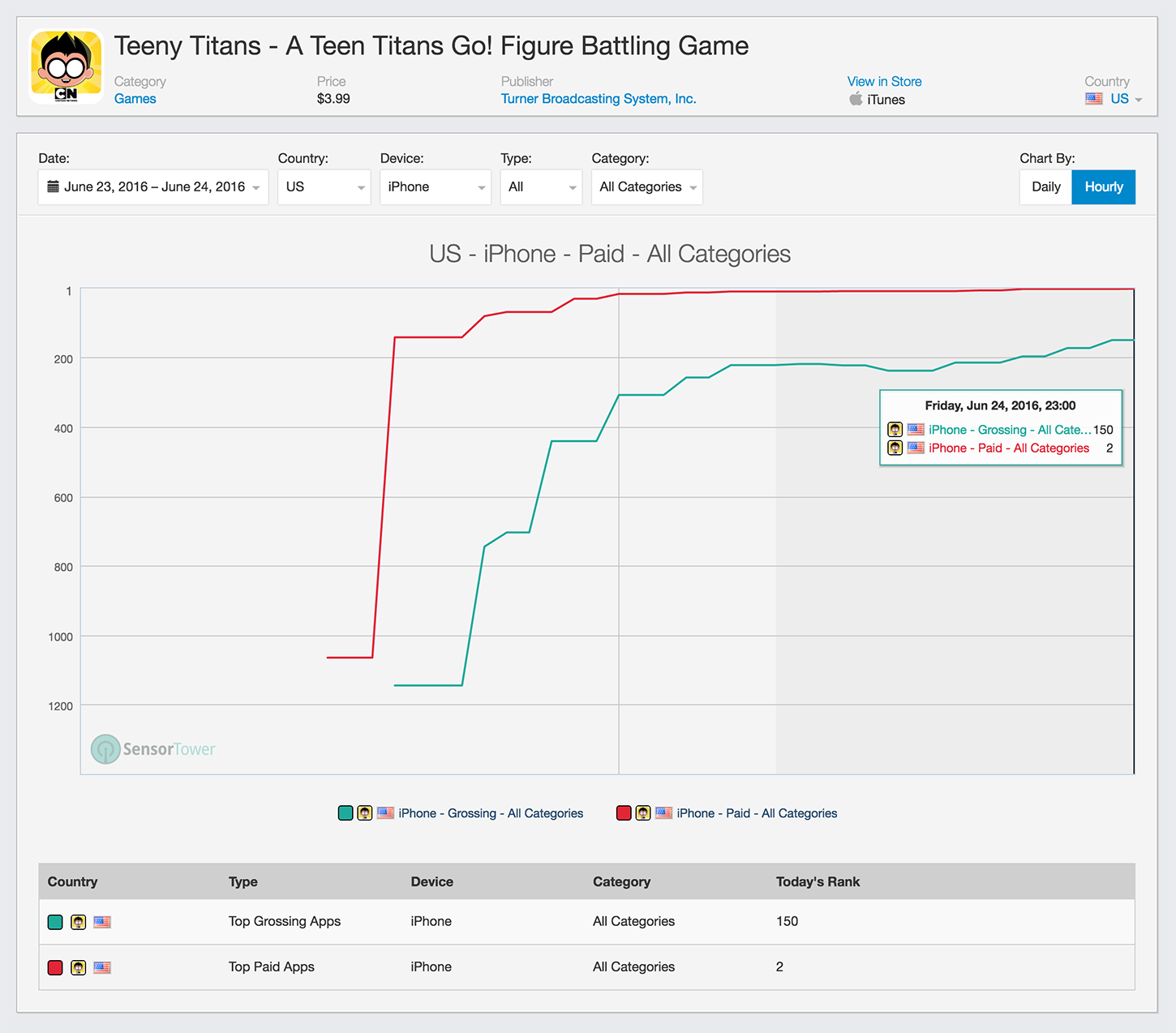 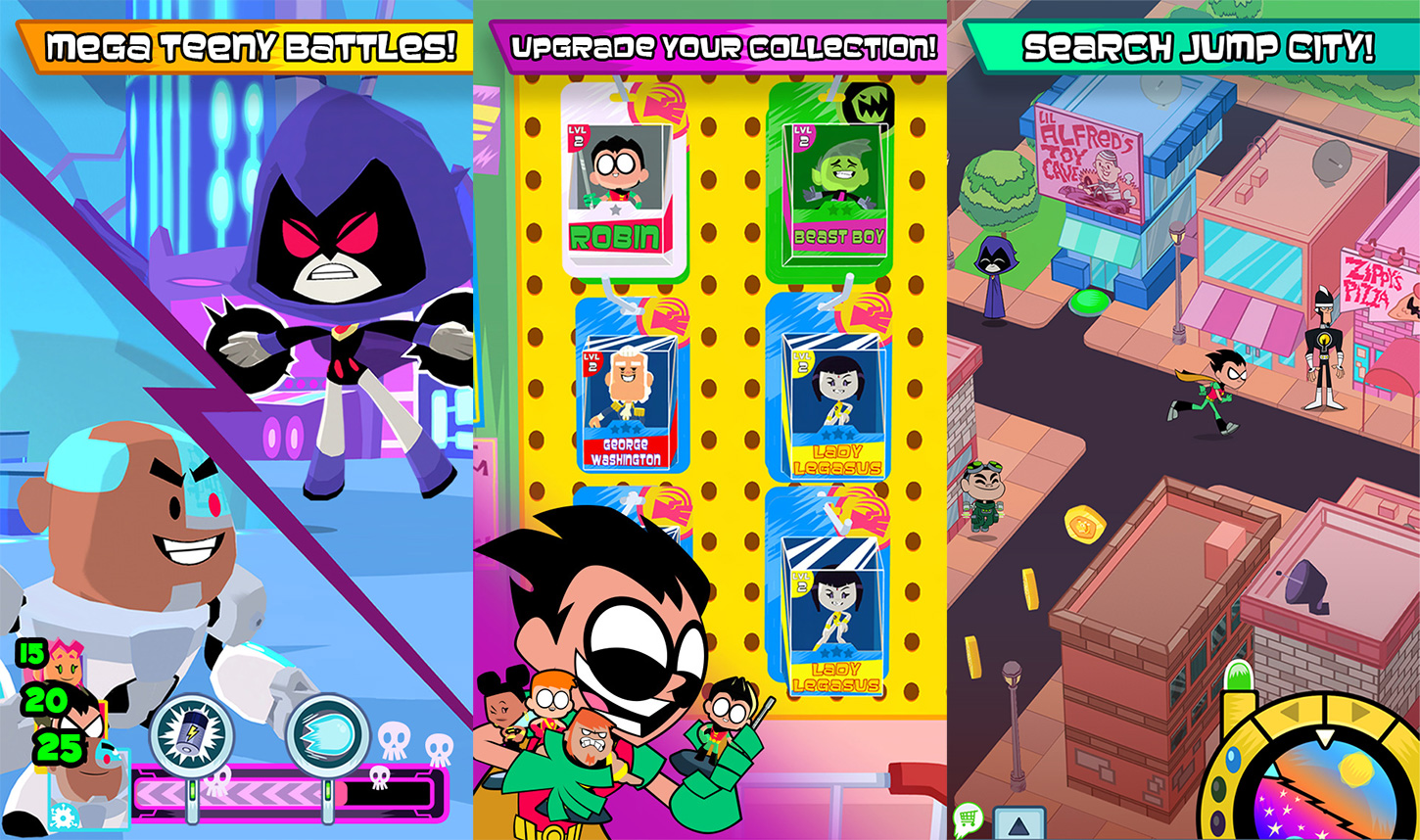 What you might also be able make out from these images is the fact that the game features an abundance of collectibles in the form of DC characters that can be used in battle. Typically, this type of content would be the focus of a free-to-play title featuring in-app purchases, but Cartoon Network has opted to take the premium route—there are no IAPs, in fact. So far at least, the decision has paid off well.

Users have bestowed the game with glowing reviews thus far, praising its high production values and polished gameplay, although some have already began to request more content. We're interested to see how Cartoon Network will keep the game fresh and encourage continued downloads in the coming months.