As the price of Bitcoin nears $20,000—and shows no signs of slowing anytime soon—Sensor Tower Store Intelligence data reveals that more than 25 million mobile users have installed Bitcoin wallet apps since 2014, including Coinbase, which just reached No. 1 on the U.S. App Store's top free iPhone apps chart. Last month alone, these apps were downloaded more than four million times, which represents year-over-year-growth of nearly 800 percent since November 2016 when they saw an estimated 450,000 installs. 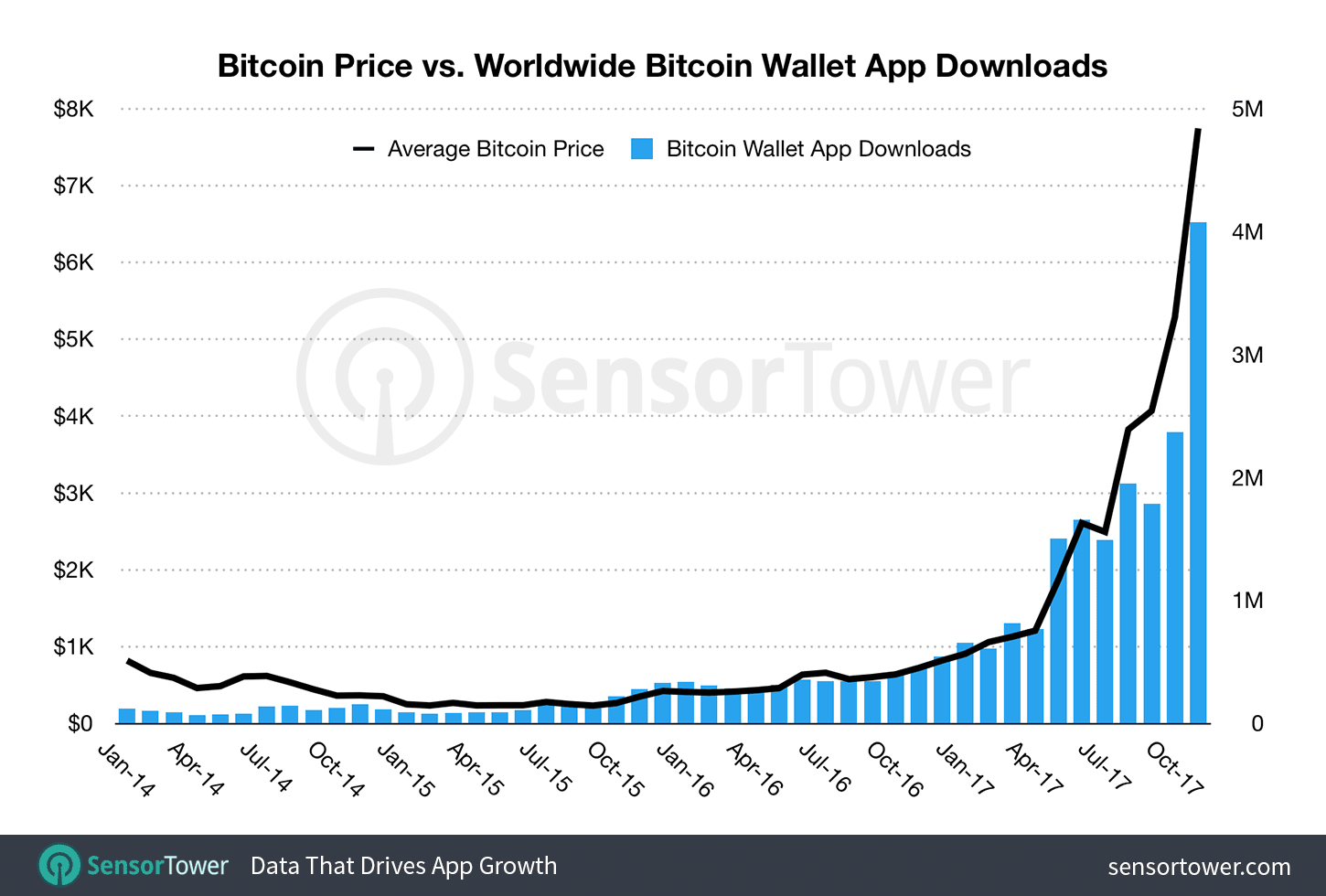 With the recent skyrocketing of Bitcoin to nearly $20,000 we expect December's aggregate downloads of these apps to set new records, as evidenced by Coinbase's recent surge in rankings.

The chart below ranks the top 10 wallet apps by worldwide downloads since the beginning of 2017 on both Apple's App Store and Google Play. 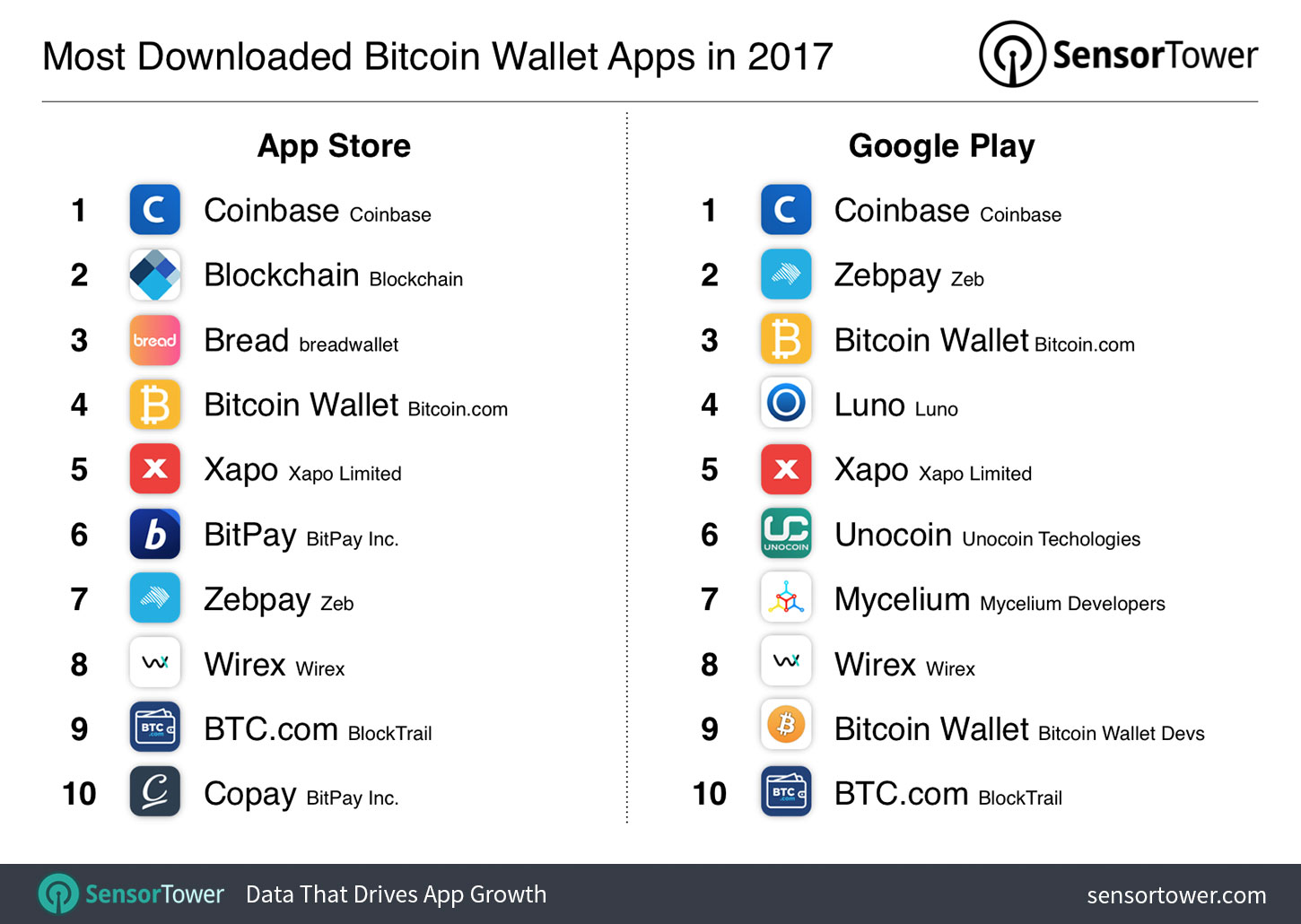 As Bitcoin continues to surge in value, competition to place among these indispensable apps could reach a similarly fevered pitch. We'll continue to track this space closely to provide the latest insights as we discover them.