Although the calculus of socialization has changed in the last two years, dating app usage is still up compared to pre-pandemic levels. Sensor Tower Usage Intelligence data reveals that global usage of Tinder, Bumble, and Hinge collectively grew 17 percent in January 2022 when compared to the same month in 2019.

Sensor Tower’s State of Dating Apps 2021 report found that Tinder has maintained its majority market share among top dating apps in the United States for the last five years. The app’s global usage reflects the same trend. From January 2019 through January 2022, Bumble and Hinge’s monthly active users reached a fraction of Tinder’s; however, their user bases have grown over that time. 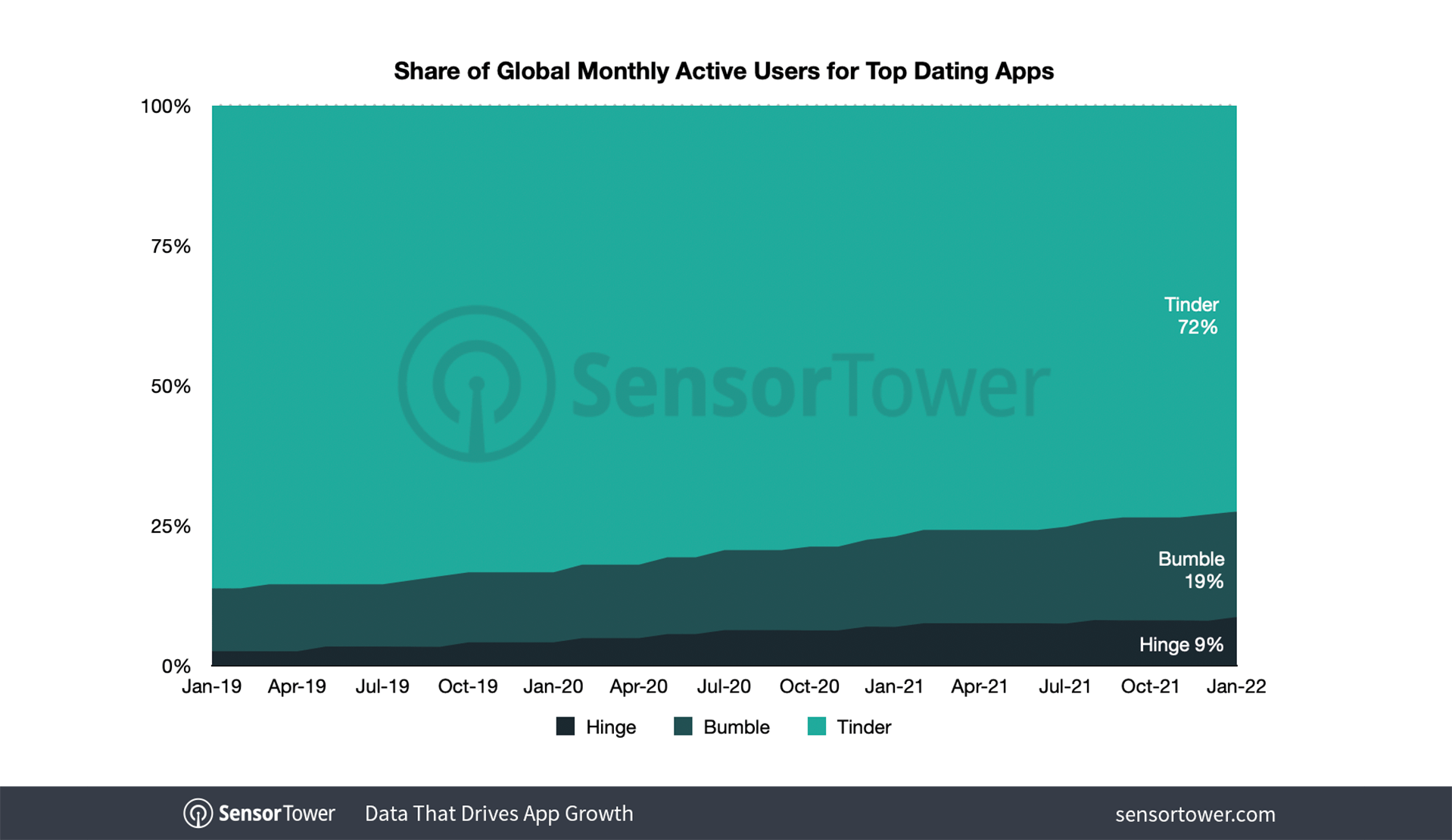 Hinge and Bumble Heat Up

Bumble and Hinge have seen their audiences surge over the last three years. In January 2022, Hinge saw its MAUs reach more than four times that of January 2019, while Bumble has seen its MAUs grow 96 percent while comparing the two time periods.

Tinder’s usage, on the other hand, has remained relatively steady over the same period of time—unsurprising because its audience is already comparatively large and the app remains the entrenched market leader. 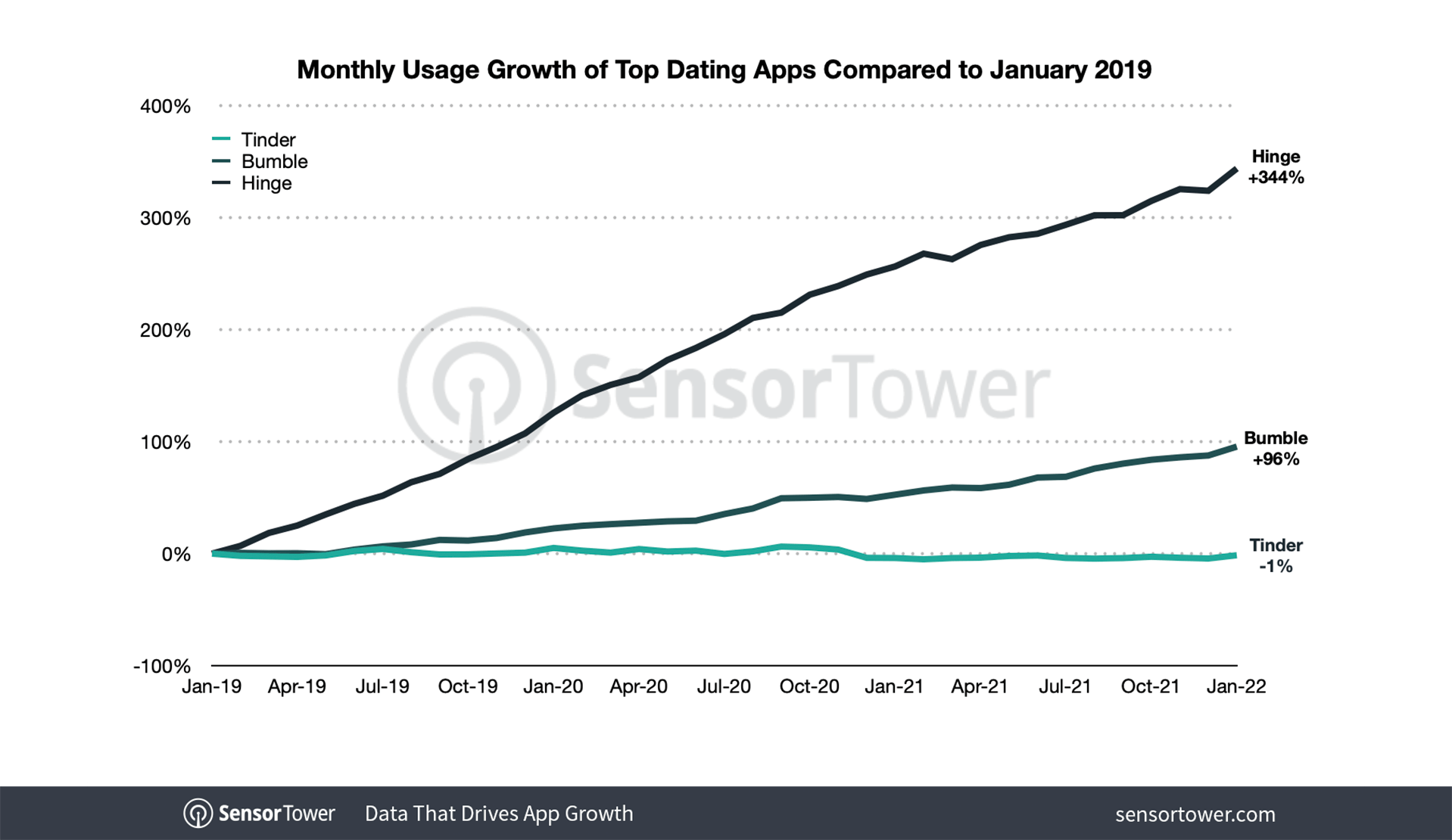 Bumble has seen a continued influx of first-time installs, hitting about 21.6 million in 2021. This was up 19 percent year-over-year from a little more than 18 million in 2020, during which it saw a surge in adoption as its installs grew 24 percent Y/Y from 14.6 million in 2019. 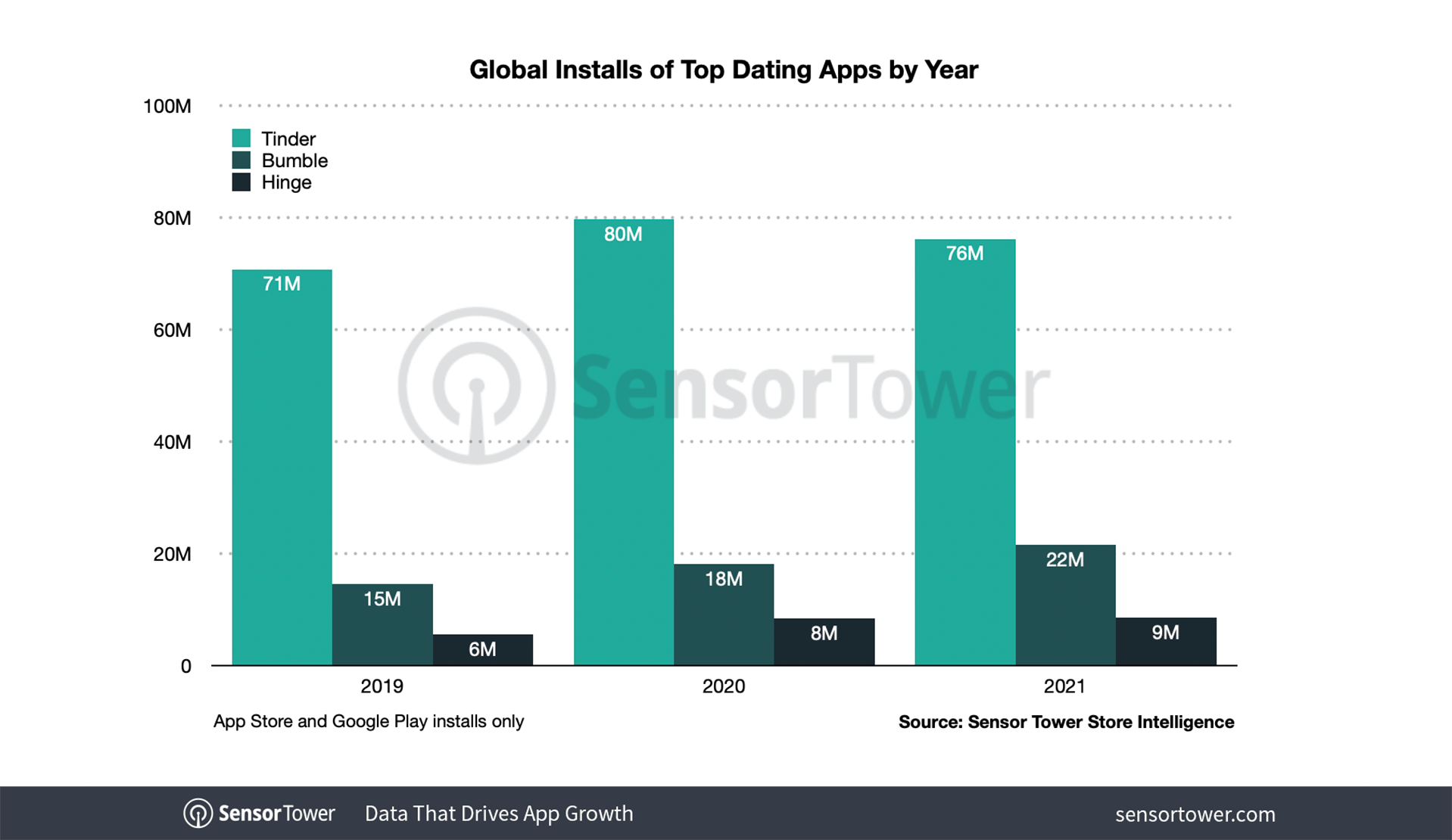 The Romance Is Still Alive

Top dating apps are continually vying for users’ attention, in part by rolling out new features. Hinge unveiled its new Voice Prompts while Tinder, also owned by Match Group, is reportedly working on a social mode called Swipe Party. Competitor Bumble, on the other hand, recently inked its first acquisition of Fruitz, which has been described as a “Gen Z dating app”.

Dating apps have remained popular despite the unprecedented challenges of the past two years, and their usage has continued to boom as consumer habits reach a new equilibrium. As competitors grow their market share and attempt to dethrone Tinder, innovation will be key to differentiating themselves.

Sensor Tower will be releasing its State of Dating Apps Europe report later this month, which will analyze the latest trends for the category in that region.