In the nearly two weeks since its launch in the United States, DC's cross-media subscription service DC Universe has been installed by an estimated 143,000 mobile users via the App Store and Google Play. Sensor Tower Store Intelligence data further reveals that the app, which serves as one point of entry for the service alongside set-top boxes and the web, has grossed approximately $185,000 to date from in-app subscriptions.

At $7.99 per month following a one-week free trial, our data suggests that approximately 24 percent of its installs have resulted in paid users so far. Based on this, we estimate that DC Universe's subscriber count from its first 140,000 installs will total about 33,000.

The chart below shows daily installs and revenue following the app's early arrival on Google Play beginning September 9. The app began generating revenue through Google's platform one week later, following by a sharp increase—primarily on iOS—seven days after its official September 15 launch. 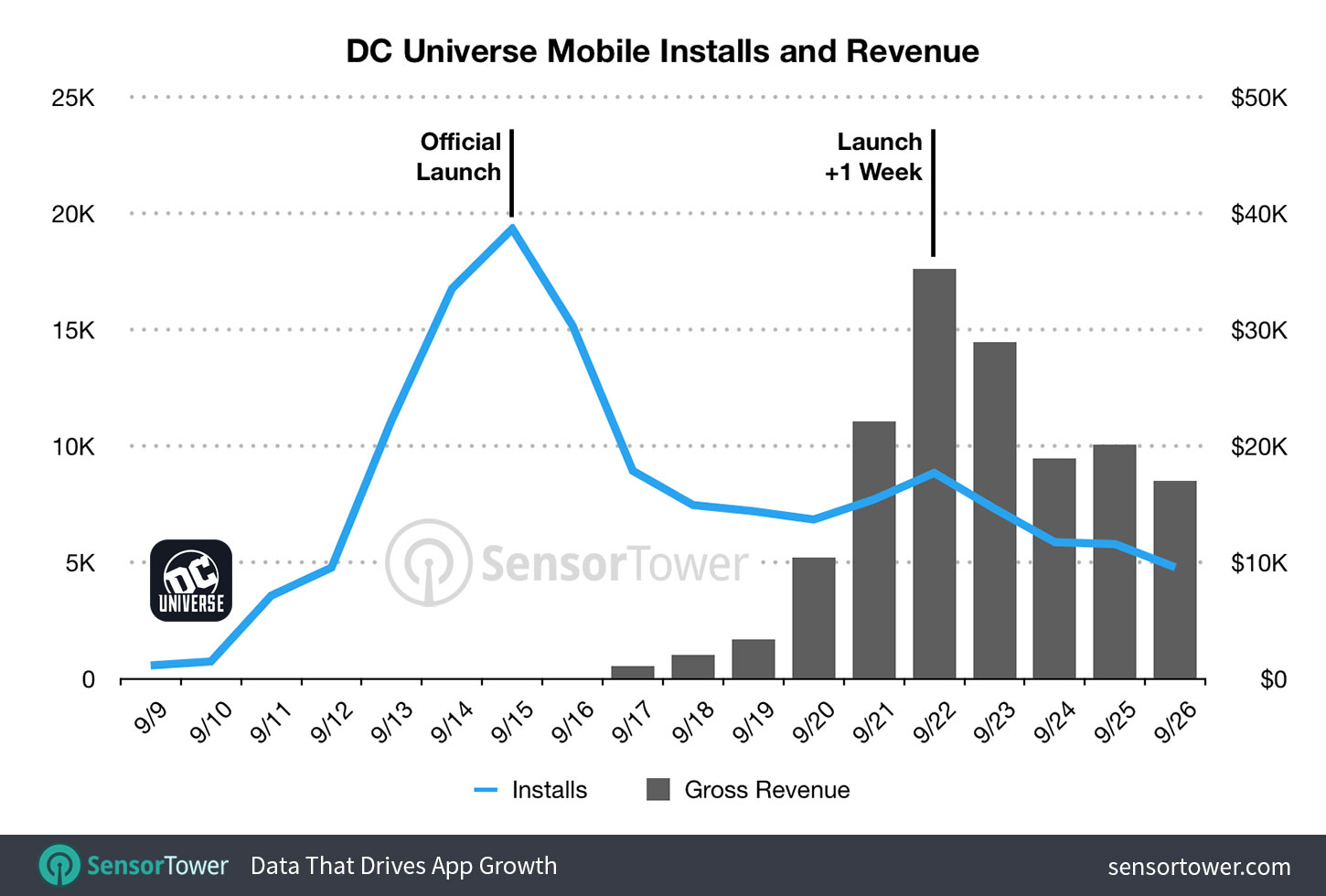 DC Universe's downloads and revenue have declined post-launch to approximately 5,000 first-time users installing the app per day and about $17,000 in gross daily revenue at the time of this analysis. The app currently ranks No. 1,458 out of the top 1,500 apps for iPhone in the U.S. and slightly better on iPad at No. 1,263. Downloads on Google Play have it ranked at No. 28 among the store's top new free apps.

In terms of revenue, DC Universe ranks No. 580 on iPhone and No. 521 on iPad among all apps on those platforms. On Google Play, it ranks No. 281 for revenue revenue—decidedly better than on Apple's platform.