Launched in 2015, the title had its two best months ever in 2019. It amassed a record $109 million in gross revenue during February before later pulling in $75 million in July.

Sensor Tower’s Official Annotations show that February’s revenue spike was largely due to the theatrical release of Dragon Ball Super: Broly in the United States, which launched alongside a worldwide in-game event based on the film. July’s surge, meanwhile, coincided with a special fourth anniversary in-game event. 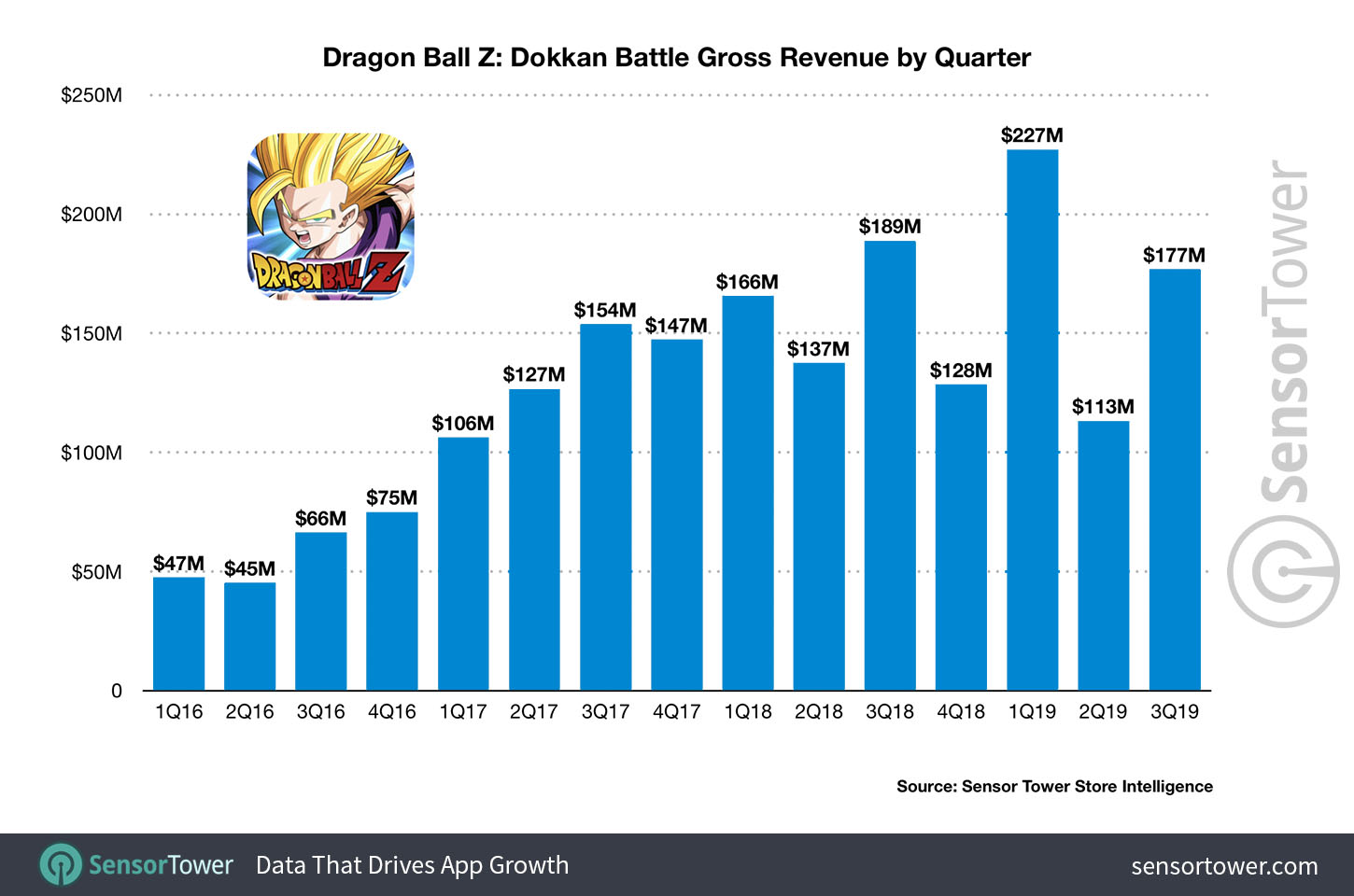 The title reached its first $1 billion in April 2018, three years after launch. It took half as much time to generate its second $1 billion, hitting the $2 billion milestone 19 months later.

Japanese users are by far the biggest spenders in Dragon Ball Z: Dokkan Battle, accounting for $1.2 billion, or 58 percent of total lifetime revenue. The U.S. was the No. 2 grossing country, generating $452 million, or 22 percent, while France rounded out the top three with $112 million, or 6 percent.

The App Store generated the most revenue, making up just over $1 billion, or 51 percent of user spending. Google Play users spent $982 million, or 49 percent of the total.

Google Play amassed the most installs, picking up nearly 44 million downloads, or 76 percent of the total. The App Store accounted for 13.5 million installs, or 24 percent.

Dragon Ball Z: Dokkan Battle’s longevity and consistent growth can be credited, at least in part, to the numerous successful in-game events that often lead to revenue spikes, such as the aforementioned movie tie-in and the fourth anniversary celebration.

The Dragon Ball Z IP has also proven popular on mobile via another game: Dragon Ball Legends. Released in May 2018, that title has racked up $301 million in gross revenue to date, although so far it has only outgrossed Dragon Ball Z: Dokkan Battle in one month.