There's probably an equation somewhere that proves adding cats to something is a foolproof way to ensure its runaway success. A great example of this was last year’s astronomic response to the Kickstarter campaign for The Oatmeal’s feline-filled physical card game, Exploding Kittens. Now the game has made its Apple App Store debut and, as our data shows, that “cat factor” seems to be working its magic yet again.

Hit the “read on” link below for a quick dose of new-and-hot app analytics in our first Sensor Log report.

Launched on January 21, Exploding Kittens scurried to the top of the App Store’s paid chart for all categories in eight hours, ending the day in first place in seven countries (it’s still among the top 10 most-downloaded paid apps in 10 countries as of this writing), as tracked by Sensor Tower App Intelligence.

Here’s what that climb of the charts looked like in the United States for paid and top grossing apps in all categories: 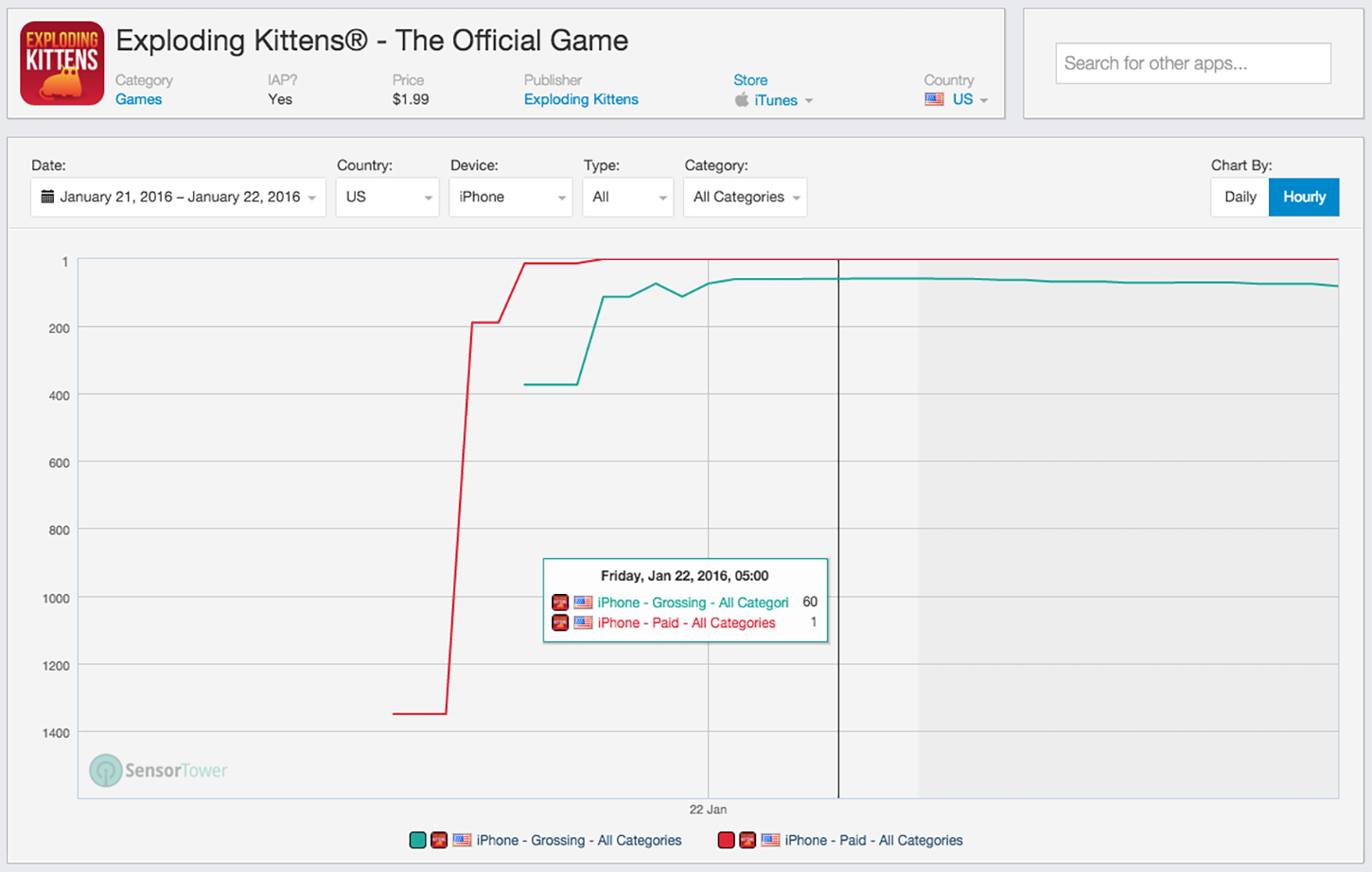 That performance translated into an estimated 34,000 downloads worldwide on iPhone and iPad for the first day of the game’s release, for an estimated gross revenue of $68,000, according to our Store Intelligence platform.

It’s worth noting that the game’s publisher is offering “expansion packs” of digital cards exclusive to the iOS app for free for the first four days of release. It should be interesting, then, to see how the app’s downloads and revenue are affected when they become paid in-app purchases after the launch week ends.

All in all, not bad for a digital version of a simple card game that’s been compared by many to Uno—a game with a current iOS version that’s never even broken the top 50 free apps in all categories—don’t you think?