The mobile version of Epic Games’ battle royale hit Fortnite has crossed $1 billion in lifetime player spending on the App Store and Google Play just over two years after its release, according to Sensor Tower Store Intelligence estimates.

Player spending surged past the $1 billion mark amid the COVID-19 pandemic lockdowns, and the achievement of this major milestone follows both Fortnite’s launch on Google Play last month and the recent in-game Astronomical concert featuring Travis Scott, which took place from April 23 to 25. All these factors played a role in increasing spending to $44.3 million in April, up 90 percent from March and 25.3 percent year-over-year, the game’s best performance since February 2019. 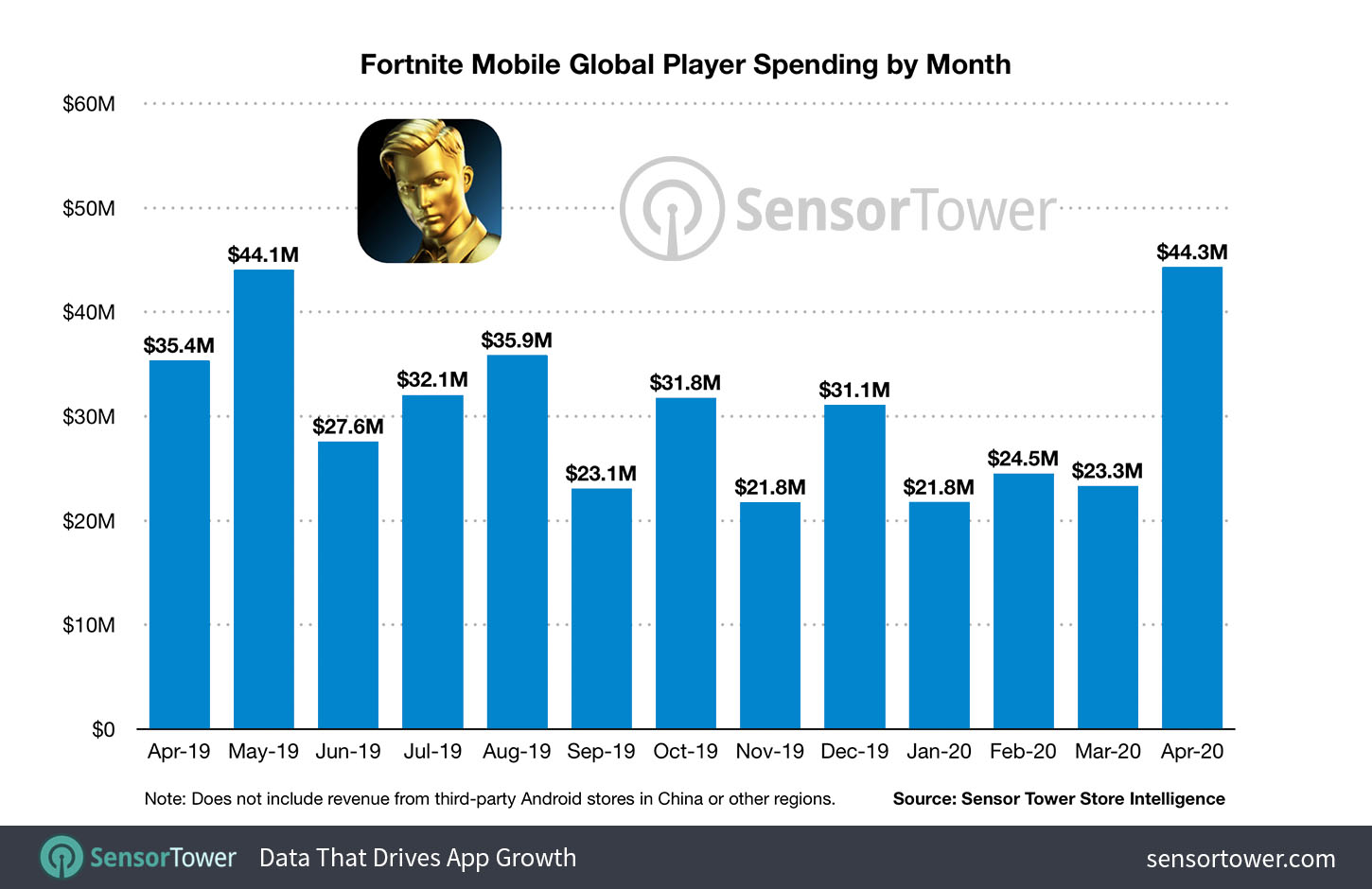 The App Store has accounted for the majority of this revenue, with the game’s player spending more than $1 billion on Apple’s marketplace. However, it should be noted that Fortnite only launched on Google Play in mid-April, having previously only been available to Android owners outside of the store. The Google Play version of the title has so far generated an estimated $937,000.

To date, Fortnite has generated more than 129 million downloads on the App Store and Google Play. Once again, the U.S. ranked No. 1 for downloads, picking up over 51 million unique installs, or 39.6 percent of the total. Great Britain ranked No. 2 with more than 8 million downloads, or 6.3 percent, while France rounded out the top three with 5.7 million installs, or 4.4 percent. 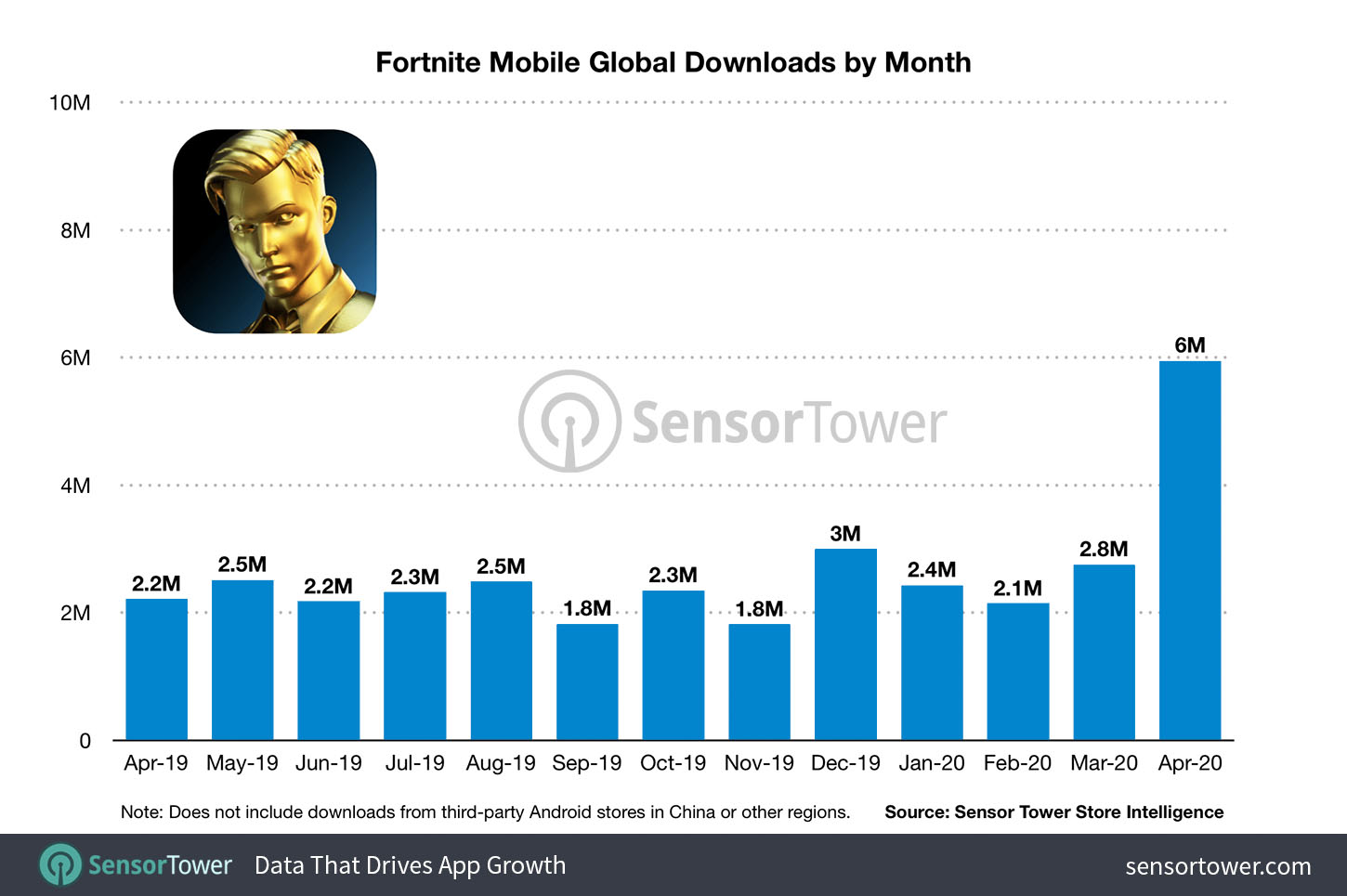 The App Store has generated the lion’s share of downloads to date, accounting for 125 million installs, or 96.7 percent of the total. The Google Play version, which only launched last month, has accumulated 4.2 million downloads, or 3.3 percent.

Average revenue per download for Fortnite currently stands at approximately $7.70.

While Fortnite’s revenues on mobile had recently declined since its early highs, the battle royale title remains one of the world’s top performers on mobile, an impressive feat considering only App Store revenue was tracked up until last month. Fortnite has left an indelible mark on the mobile gaming landscape—it rewrote the script on what’s possible on mobile and with cross-platform gaming, the battle pass system is increasingly being mimicked by other publishers, and its events such as the Astronomical concert offer a glimpse at how games can be used to bring people together on a massive scale in virtual worlds. With the launch of the Party Royale mode, in which weapons and crafting are not enabled, Fortnite is once again forging a path forward for others to follow.