Changes in operating system aesthetics affect ASO, so we are always on the lookout for what's next. Google calls their next update Material Design.

This post will explain what it is and how it will affect app publishers. We will also show you how you can preview the Google Play Store changes for yourself.

What Is Material Design?

Material Design will be available with the Android L update. It is a refinement of the UI and a move towards to a flatter and more intuitive framework.

Although the final update is not ready yet, a prerelease version is available. We installed it and here is what we discovered.

How Apps Will Be Displayed

As we browsed the prerelease version of the Google Play Store, most of the store looked surprisingly similar to the current version. However, there were big changes on the app pages.

For example, this is what the Clash of Clans page currently looks like. 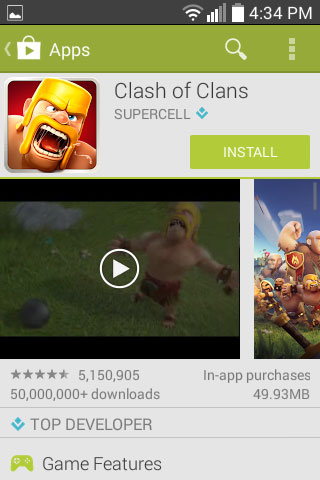 After we installed the prerelease APK, this is what the page looked like. Starting at the top, we noticed that the promo video is prominently displayed. This looks much better than the current version, where the video is dark and doesn't display a cover image.

The app icon is also much smaller in the prerelease version. 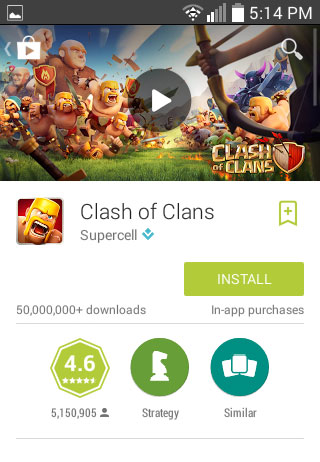 Apps that didn't have a promo video displayed a banner image instead. So if you do not have a video, you will need to do a lot of testing with this image because it is the first thing that people will see. 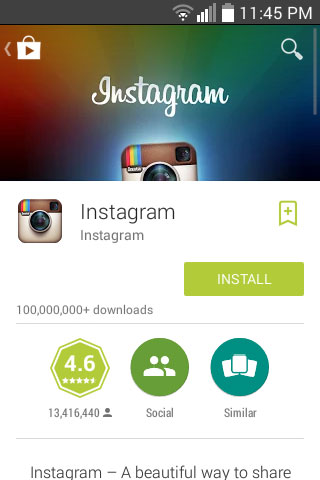 The overall layout is much cleaner and easier to read. There are badges related to the app under the Install button. Tapping on the Strategy and Similar badges took us to the top apps in those categories.

Having a link that leads away from the page so early on doesn't make a lot of sense. Hopefully they will either remove the links or move the badges to the bottom of the page so people will have a chance to read the app description and see the screenshots first.

A little further down the page, we noticed that there is a short description instead of the first few lines of the long description. When written properly, this short description could be more beneficial to app publishers because it can help people focus on the primary benefit of the app. 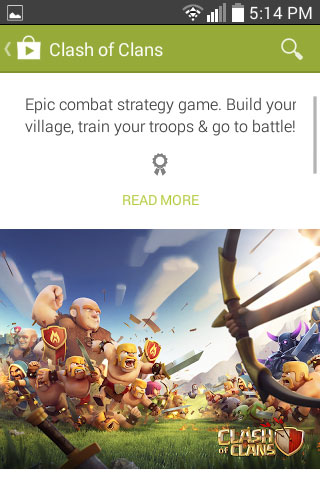 We were able to read the full description when we tapped "Read More." It displayed in full screen format. 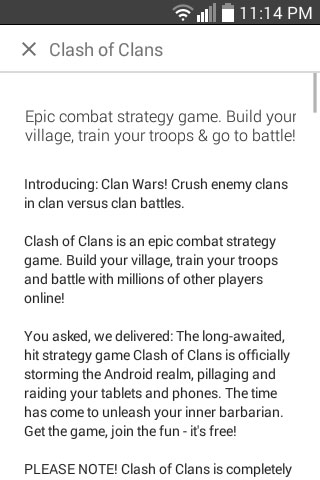 Even with this new layout, the beginning of the description will continue to play a role in influencing people to download the app. But it should be less of a factor since it is hidden by default.

The format at the end of the page was also a little different. The developer information was hidden until it was tapped on. Although it doesn't affect ASO, this change made the bottom of the page look much cleaner. 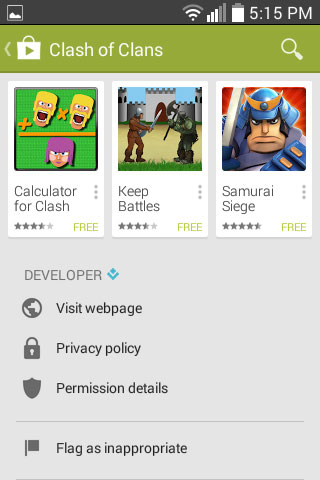 Since the app icon is much smaller on the app page in the new version, one might conclude that it will have less of an effect on downloads. But keep in mind that this is only on the app page. 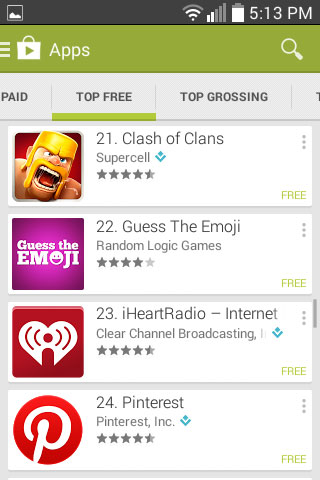 How To Try It Right Now

If you want to explore these changes for yourself, you can download the latest Google Play Store prerelease APK. As of this blog post, the latest version is 4.9.13.

Start by downloading the the APK on your Android device. Then use an app like AppInstaller to install the file.

This app also makes it easy to roll back to the previous version. Play around with the new store design and think about how these changes will affect how you optimize your app.

Keep in mind that a lot could change in the final release. But the current version looks really good and we can't imagine that too much will change from now until then.

If the badges are moved to the bottom of the page, that would be ideal. But that is the only change that we would like to see.

You may have to switch back and forth between the two versions to notice the differences. It may be a bit of a hassle, but this research can help you stay ahead of your competition.

What else do you notice about the changes in the Google Play Store?