The final season of HBO's fantasy epic Game of Thrones has delivered the network's single largest week yet for new users of its over-the-top streaming app HBO NOW. Sensor Tower Store Intelligence data shows that an estimated 750,000 App Store and Google Play users installed the subscription-based mobile app for the first time between Saturday, April 13 and Saturday, April 20. That was 230 percent more than the 227,000 it saw in the preceding seven days and 15 percent more than the corresponding premiere period for Game of Thrones' seventh season in July 2017 when it added 650,000 first-time users. 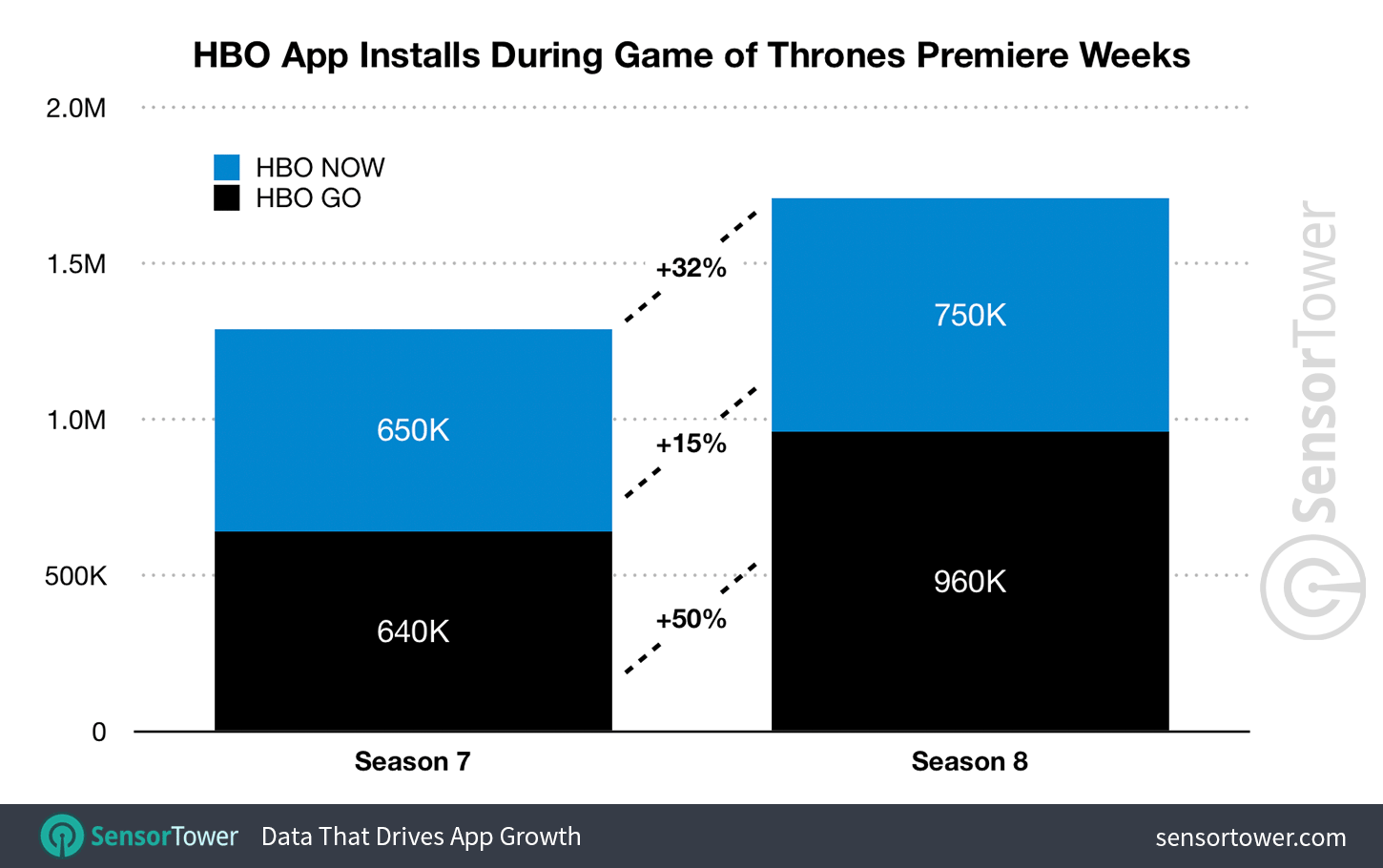 This brought the total of HBO's mobile installs, which include the TV everywhere app HBO GO, to 1.7 million for the premiere week of Game of Thrones season eight. That was an increase of 199 percent or almost 3x from the previous seven days' total of 578,000, and 32 percent from season seven's first week sum of 1.29 million.

First-time downloads of HBO GO specifically grew 50 percent over season seven's first week to reach 960,000 for the period, 320,000 more than the 640,000 it added during the same period in July 2017. Its week-over-week growth from the immediately before the season eight premiere was 181 percent.

We'll have more about how this influx of new users affected HBO NOW subscription revenue soon.