Dune is the latest tentpole movie to premiere on a subscription video on demand (SVOD) service alongside its theatrical release, sparking a 13 percent surge in daily active users (DAUs) week-over-week on the streaming platform HBO Max, preliminary Sensor Tower Usage Intelligence data shows in a comparison of the four days after the movie's premiere to the same four days a week prior.

Godzilla vs. Kong Reigns Over Other Premieres on HBO Max

Blockbuster Godzilla vs. Kong boasted the biggest growth among the movies studied when it launched on March 31. HBO Max saw its DAUs climb 22 percent W/W in the first four days when compared to the week-ago period. 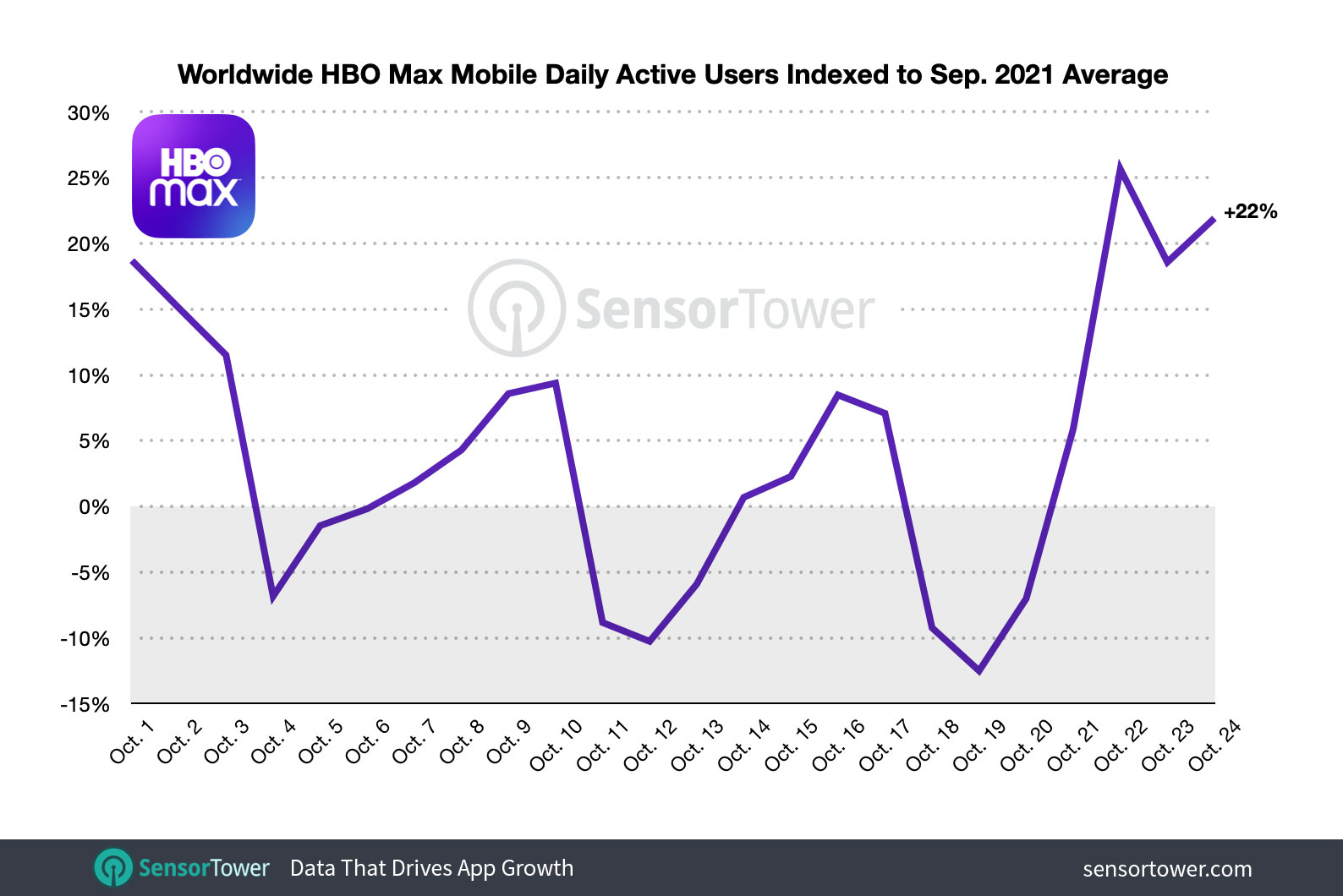 HBO Max has spent more than $15 million year-to-date on digital ads in the United States for Dune, according to Sensor Tower's Pathmatics product. This was a little more than half of what the publisher spent on the digital marketing campaign for Mortal Kombat, and about $4 million less than Godzilla vs. Kong's campaign. Out of the five movie premieres studied, The Suicide Squad had the most ad spend with more than $34 million year-to-date in the U.S. 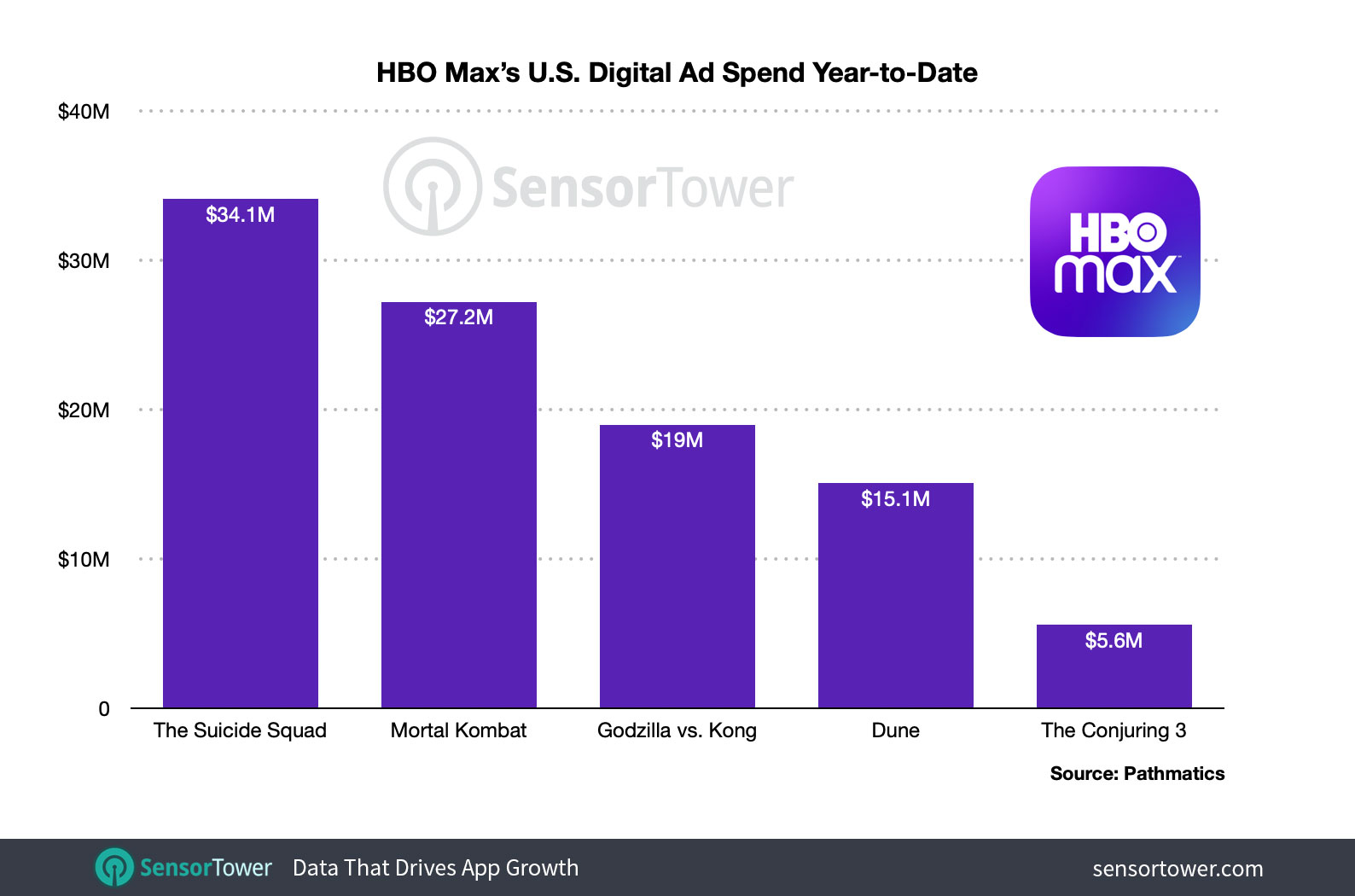 Historically, HBO Max's digital ad spend has ramped up in the one to two days following a movie premiere on the platform. Ad spend during Dune's release saw a more than three times increase on October 23 compared to its launch day.

Although Dune also premiered in theaters alongside its streaming release, the surge in HBO Max's mobile usage indicates that consumers tuned in to the film on small screens as well. However, this same spike in usage wasn't consistent across all movie premieres, and it trailed the growth seen by other movie debuts such as Godzilla vs. Kong. Similar to other SVOD services—such as Disney+, which recently passed $1.5 billion in consumer spending—HBO will undoubtedly continue to experiment with its digital launch strategy to replicate its premiere successes and promote its streaming platform as a prime destination for the latest blockbusters.