For the past two years, HBO has seen an increasing number of mobile users subscribing to HBO NOW in order to watch Game of Thrones—only to witness a significant amount of them abandon the service once the current season ends. According to an analysis of Sensor Tower Store Intelligence data, the latest season, which premiered on July 16, is bucking that trend so far.

Compared to revenue generated by the app on August 16—the first billing cycle for those who subscribed to HBO NOW one month earlier for the premiere—revenue for September 16, after the season had ended, declined by just 7 percent. Looking at the previous two seasons by the same measure, 2015's season five (the first available live via HBO NOW) declined by 22 percent, while season six post-finale revenue from its premiere date subscribers dropped by 40 percent, as seen in the chart below. 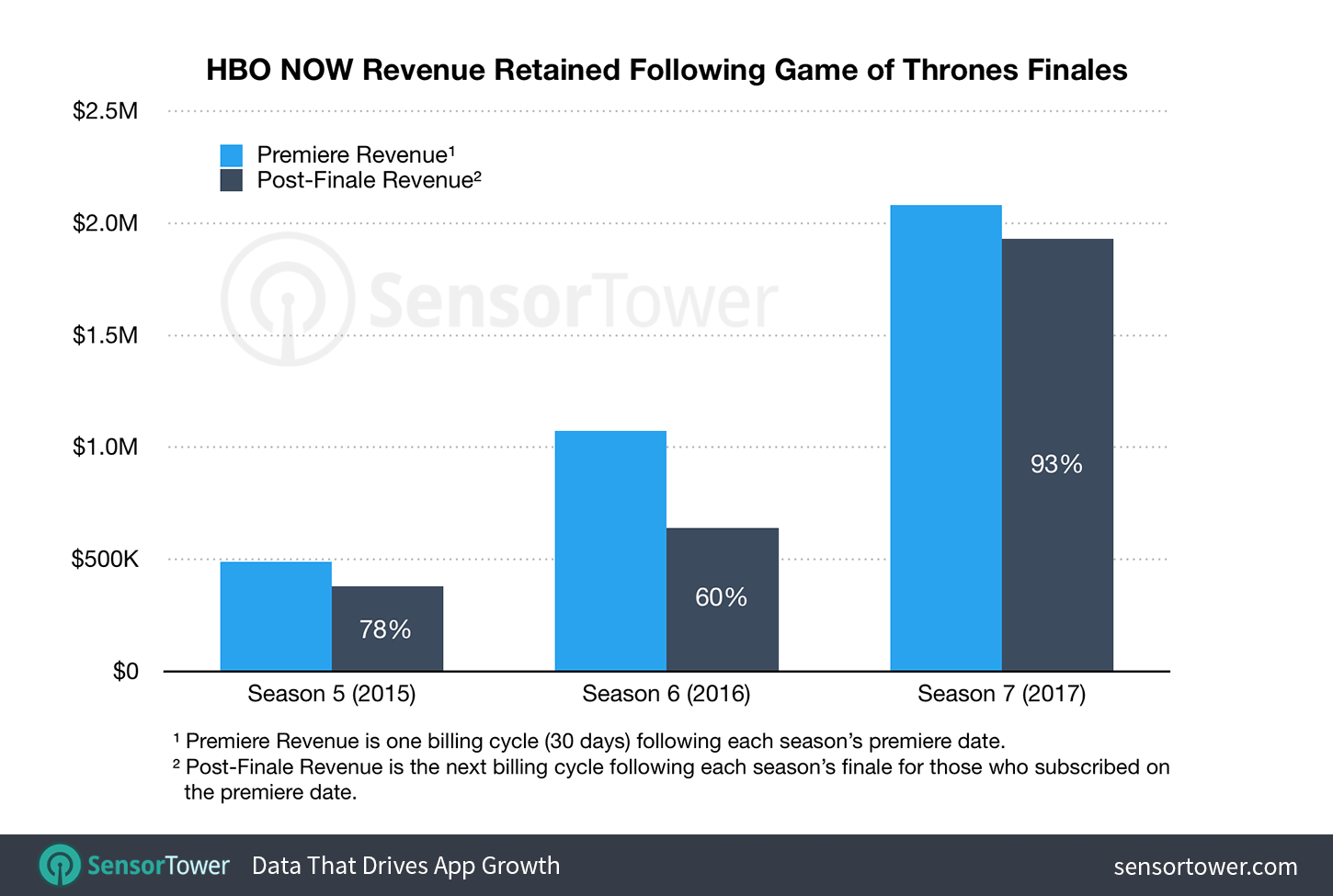 Given that HBO didn't immediately follow up its latest Game of Thrones season with the premiere of any especially anticipated new or returning series, this significantly higher subscriber retention, while certainly good for the network, may be too good to last. We doubt that such a large number of users simply neglected to cancel their subscriptions once Game of Thrones ended, but it's also possible that some of the content added by HBO since last year, such as the popular Westworld, has given these subscribers something to stick around for—at least for another month.

The real test, we suspect, will come in the second month following the season seven finale. We'll see if new programming such as The Deuce, from the creator of The Wire, is enough to hook these subscribers until the next hit rolls around.