While consumers in the United States are shedding some pandemic-related mobile habits, other behaviors remain persistent—such as the increased utilization of home delivery. In the first quarter of this year, the top package tracking and grocery delivery apps collectively saw continued year-over-year growth in usage, according to Sensor Tower Usage Intelligence data. Top e-commerce platforms are also still seeing elevated usage when compared to Q1 2020, although the cohort has seen a Y/Y decline compared to Q1 2021. 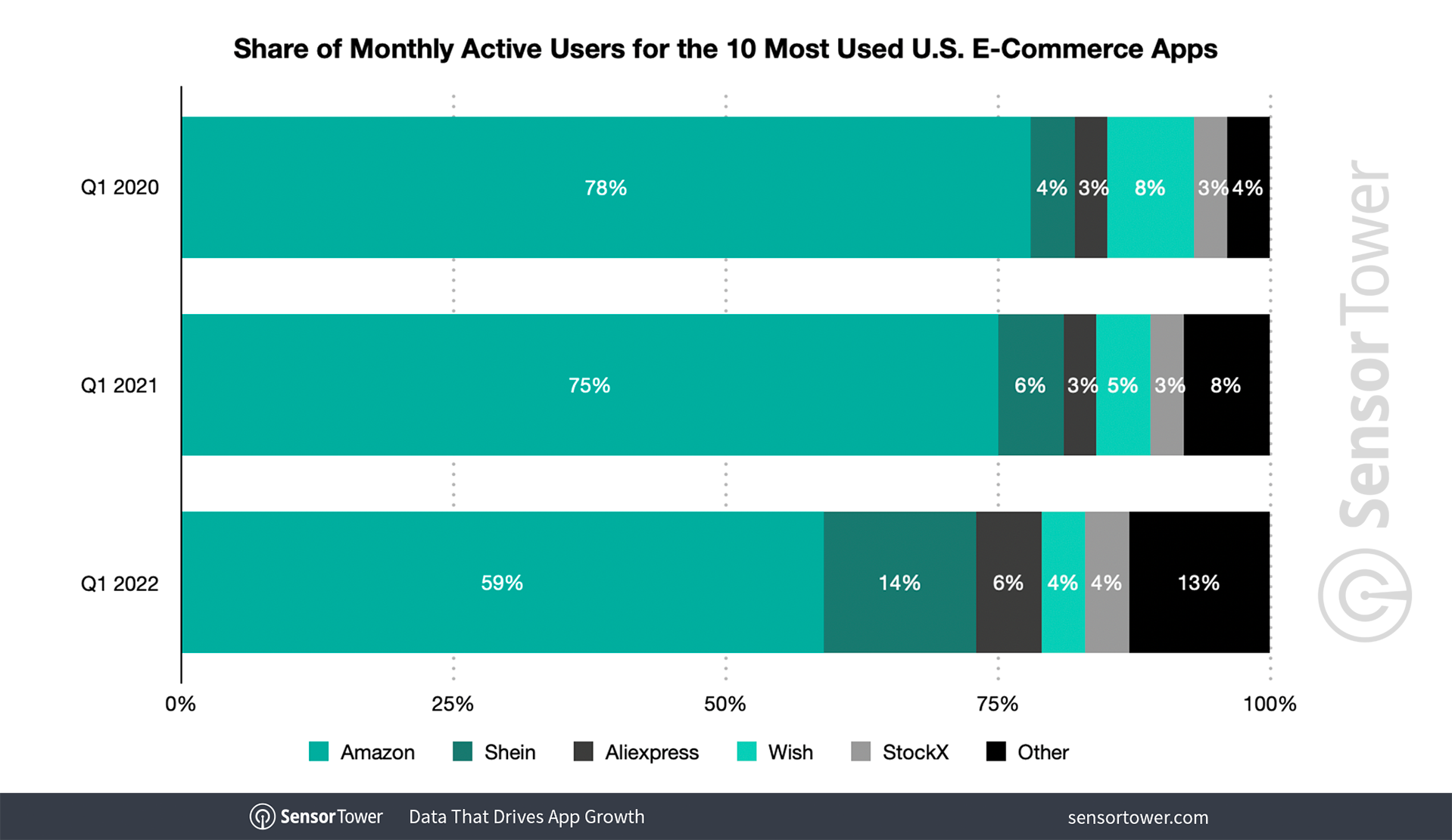 Amazon led the online shopping cohort with 59 percent of monthly active users; however, this was down 16 points from 1Q21. A large part of this decline is due to Shein’s share climbing Y/Y from 6 percent in 1Q21 to 14 percent.

Among top package tracking apps in the U.S., Shop commanded the largest share of usage, representing 81 percent while Walmart was the most-used grocery delivery app with a 72 percent share of usage.

Growth of Home Delivery in the U.K. Outpaces the U.S.

The same trends were seen in the United Kingdom at a larger scale than in the U.S., with the top 10 most-used package tracking and grocery delivery apps collectively growing Y/Y in 1Q22 while online shopping apps saw a dip in usage when compared to 1Q21. 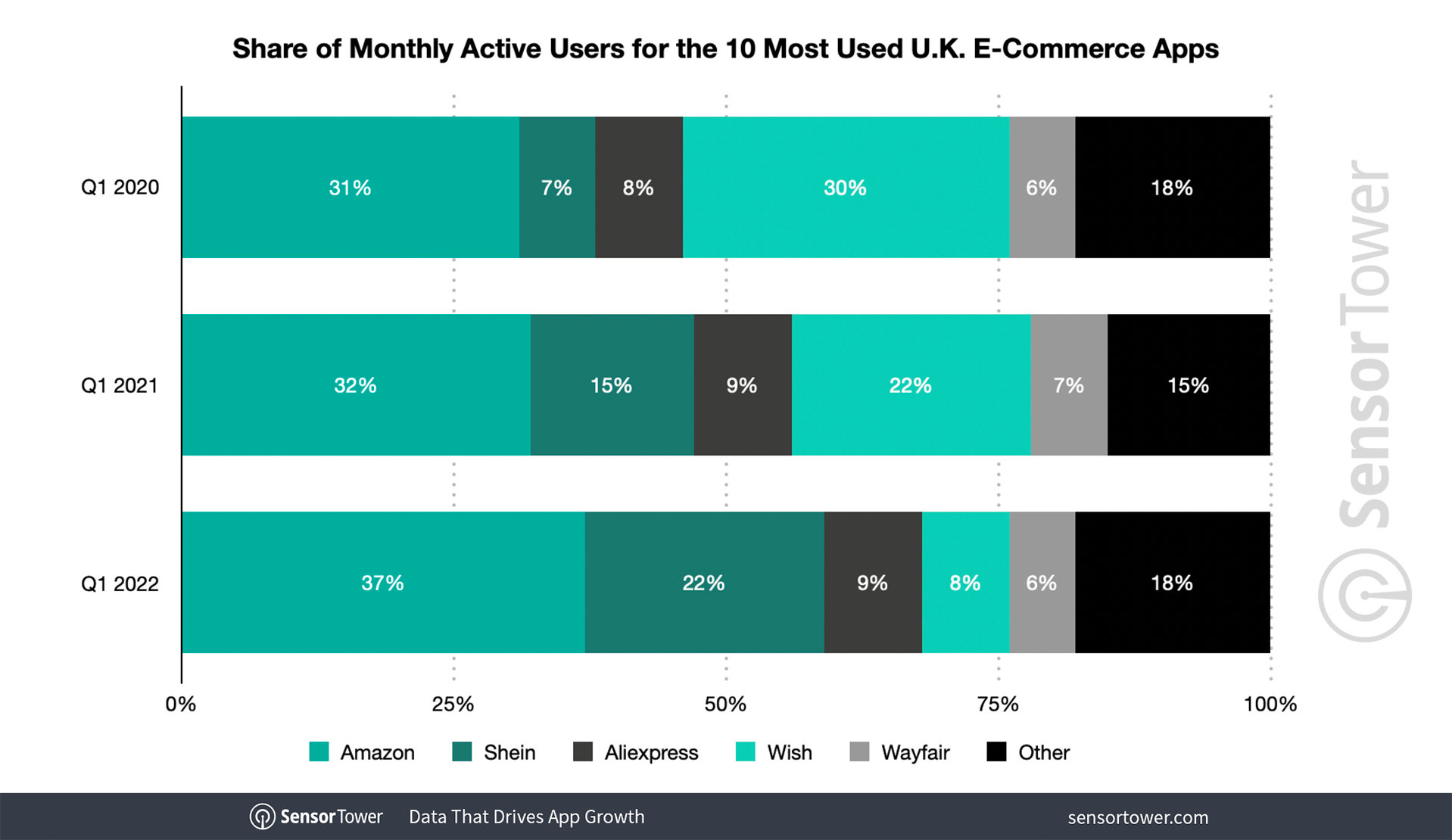 Consumers Grow Accustomed to the Conveniences of Delivery

The difference in Y/Y usage growth between top grocery delivery apps and online shopping apps in the first quarter this year shows that, while some consumer behavior is normalizing, users may have permanently adopted other habits. The convenience of grocery delivery seems to have lasting appeal, particularly when looking at the U.K. However, it’s possible that some online shopping has been supplanted by in-person trips to the store now that those spaces are no longer shut down.