The iMessage App Store is nearly a month old and is already home to thousands of supported apps and sticker packs. Last week, we examined what effect adding iMessage functionality had on existing iOS apps in the earliest days of the new store, and today we're back to look at how iOS games in particular were affected by the ability to update them with iMessage sticker packs.

Through our analysis, we found that some games witnessed profound increases in downloads in the week after integrating sticker packs. In this post, we've ranked the top 10 of them by growth and provided our thoughts on why the benefits for them were so substantial.

Catapulted into the Spotlight

To create the chart below, we analyzed download estimates for all iOS apps in the Games category with iMessage stickers that were active on the App Store before iOS 10's launch on September 13, 2016. We compared their estimated weekly downloads for the week of September 5, 2016 to the week of September 12, 2016 in order to determine growth. Below are the 10 apps from our analysis that experienced the most significant week-over-week download growth between these periods. 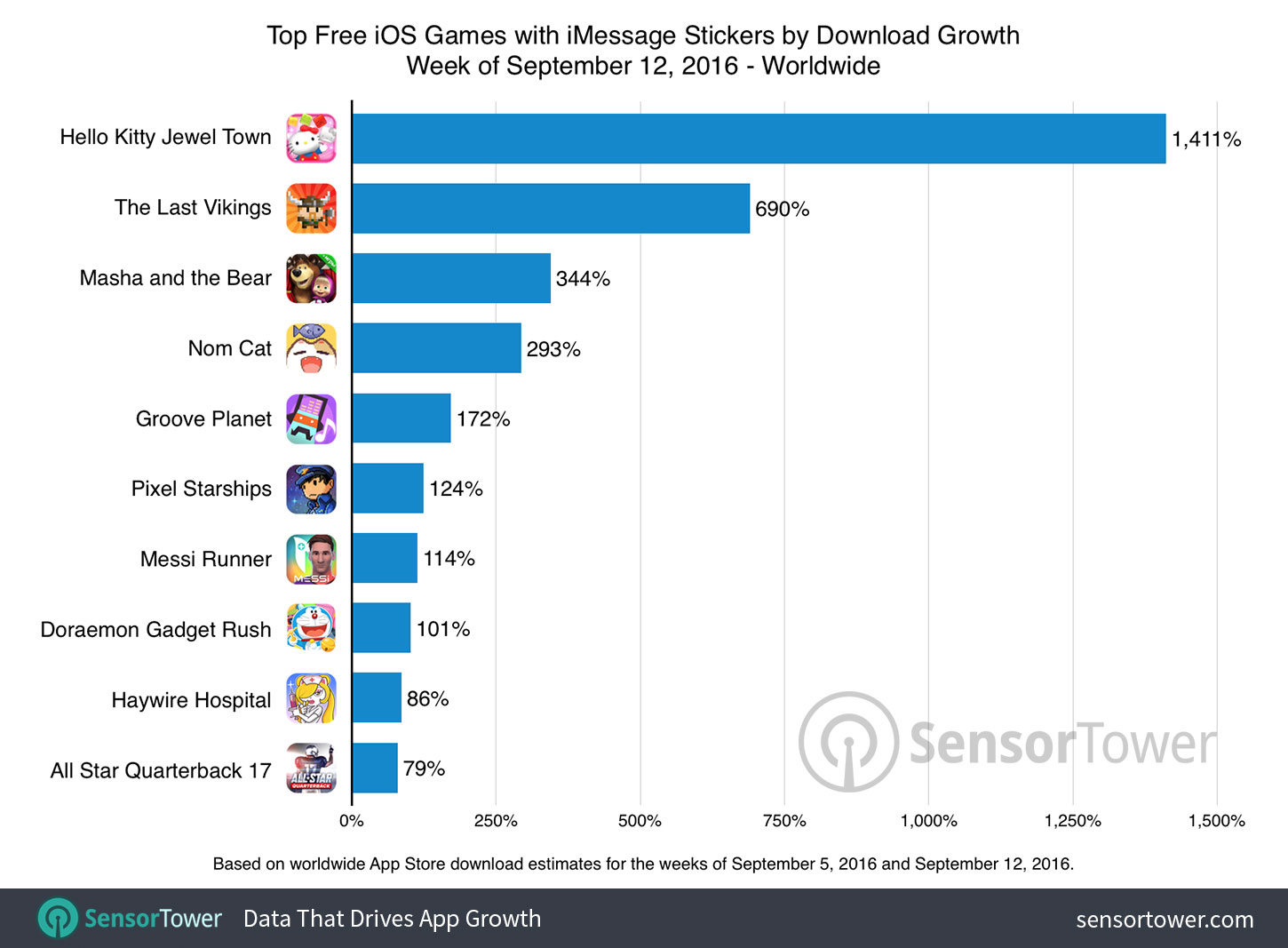 Driven primarily by downloads in Asian markets, Hello Kitty Jewel Town undoubtedly owed its more than 1,400 percent rise in new installs not only to the inherent strength of Sanrio's brand, but to the free nature of both the app and its stickers as well. Jewel Town was one of two apps offering Hello Kitty stickers at the iMessage App Store launch; the other, Hello Kitty StoryGIF, is a $0.99 paid download. 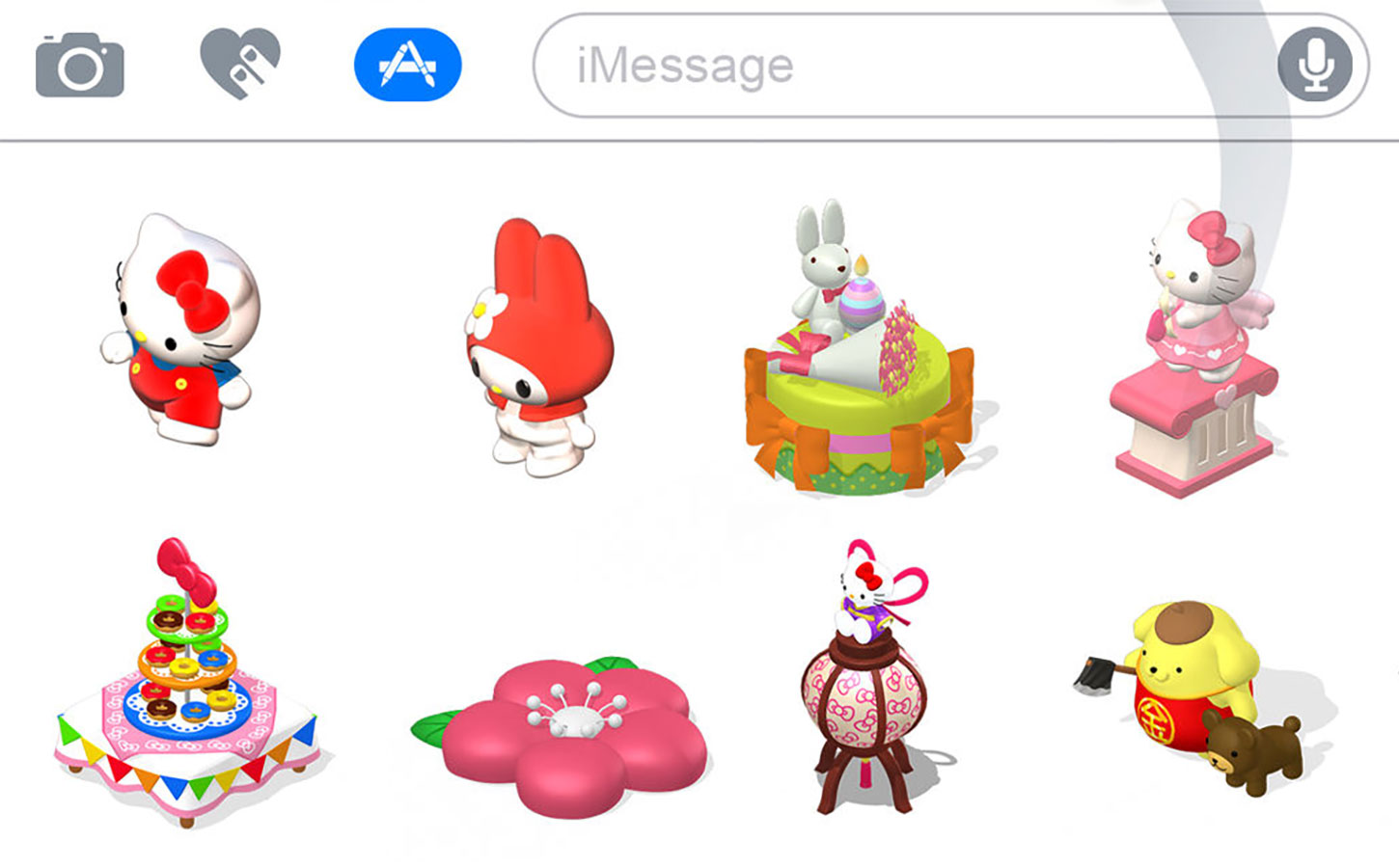 Like several of the other games in this top 10, Hello Kitty Jewel Town also received featuring from Apple on its newly launched store. Nom Cat, for example, was featured in sections of the iMessage App Store offering stickers for cat lovers.

The Power of IP and Cultural Trends

Other apps on the chart also benefitted from popular IP and subject matter, such as Messi Runner, which attracted fans of Argentinian soccer star Lio Messi, or Doraemon Gadget Rush, which features stickers of the beloved anime/manga character Doraemon and was highly popular in Asian markets. Full Fat's All Star Quarterback 17 definitely benefitted from being one of the first iOS apps to offer football stickers.

There's much more analysis to be done in this emerging space, but even early on, the potential advantage of offering iMessage stickers as part of an iOS game is clear. We'll look more into the factors surrounding which types of stickers fare best as more data becomes available, but it's already evident (not to mention expected) that those based on popular brands/IPs and trends (sports, cats, or retro graphics—as seen with The Last Vikings and Pixel Starships—for example) are faring best. Of course, great-looking stickers such as those offered by Groove Planet are also strongly appealing.

We'll continue to have more analysis of this emerging category as it grows.