Recently, Sensor Tower revealed through our research into iOS 11 featuring impact that mobile games can see an up to 450 percent increase in installs from appearing on the App Store's dedicated Games Tab. Today, our latest Store Intelligence data shows that publishers of non-game apps can also experience significant benefits from being featured on the store's Apps Tab.

According to our research, median downloads for apps selected by Apple to appear on the Apps Tab increased by up to 141 percent for the week following the feature as compared to the preceding seven days. Interestingly, the maximum lift does not come from prominent hero banners, but rather small list features. Examples of these include New Apps We Love and Best New Updates. 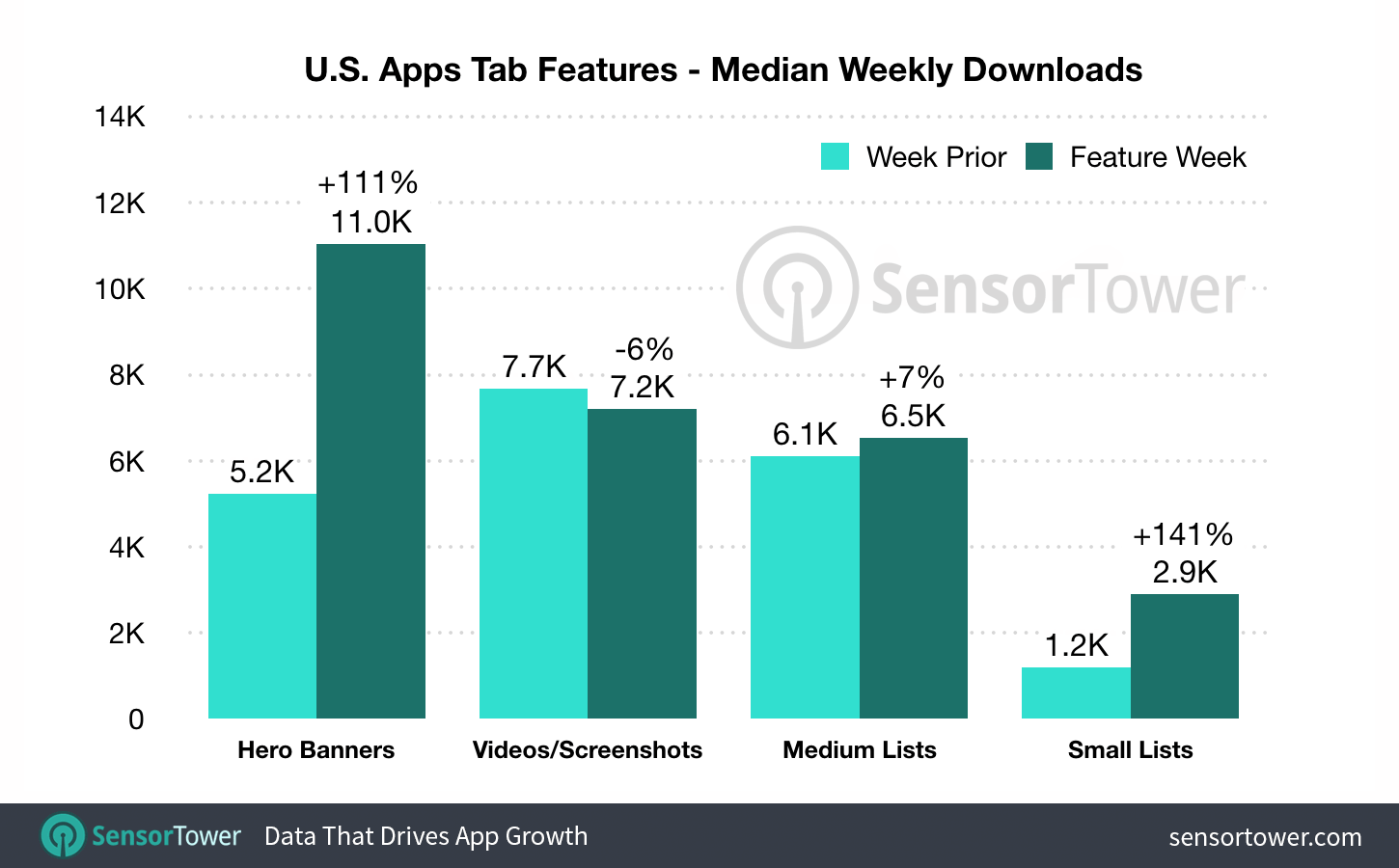 As you can see from the above chart, hero banners still deliver a significantly positive impact to median downloads, increasing them by 111 percent week-over-week. Featuring on medium lists, which typically focus on more specific topics such as app genres, results in a considerably smaller boost in median downloads week-over-week at 7 percent. During our study period, apps included in video and screenshot features actually saw a 6 percent decline in median downloads.

Next up, we'll be diving into the impact of featuring on Google Play store downloads, so keep an eye on our social media to learn when our latest research is available.