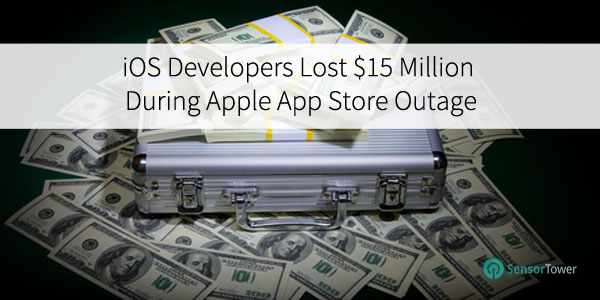 Yesterday's App Store outage was the longest to date and was caused by a Domain Name System (DNS) error. Apple's status page reports that the App Store and related services were down for about 12 hours, from a little before 2:00 a.m. Pacific Time, to a little after 1:00 p.m.

Estimates from various news sources have put Apple's total losses resulting from the outage at as much as $25 million. This includes losses in other stores, such as the Mac App Store. But what about the other participants in the app ecosystem?

In this post, we will show you how we arrived at our estimate of developer losses. We will also look at ad networks and examine their potential losses.

Impact Of Outage On Developers 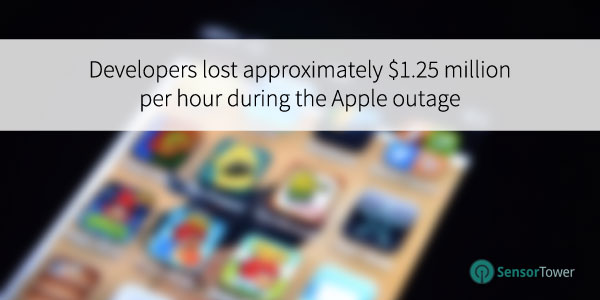 App Store downloads and revenue depend heavily on the day of the week. Weekends can see as much as 1.5X more downloads, compared to weekdays.

The middle of the week typically sees the lowest download and revenue numbers. Since this outage happened on a Wednesday, we compared yesterday's estimated revenue to previous Wednesdays.

We then subtracted our estimated revenue numbers for the outage day from the normal average revenue for a Wednesday, to get our $15 million estimate. That translates to approximately $1.25 million in cumulative developer losses, per hour.

Ad networks also experienced losses due to the outage. We estimate that total downloads dropped by approximately 42.9 million during the outage period. 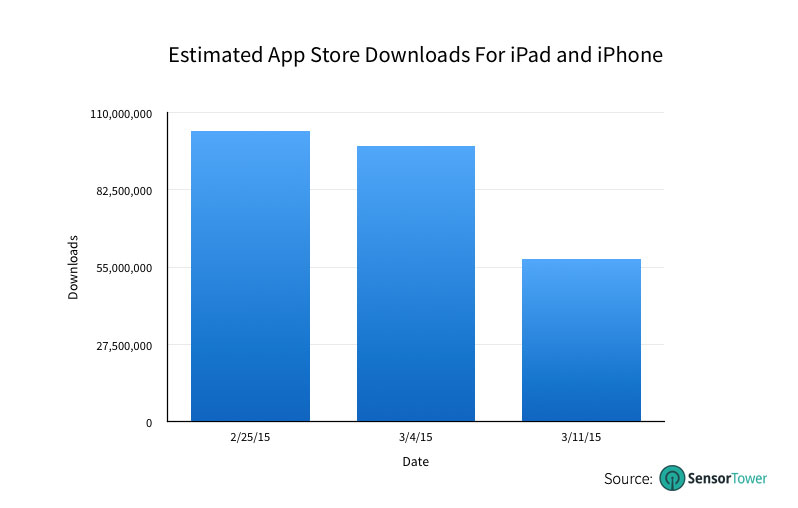 The Chartboost Insights page lists the current average Cost Per Install (CPI) in the US at $2.10. There is no way to know exactly how many downloads are the result of ads, much less CPI ads in particular. 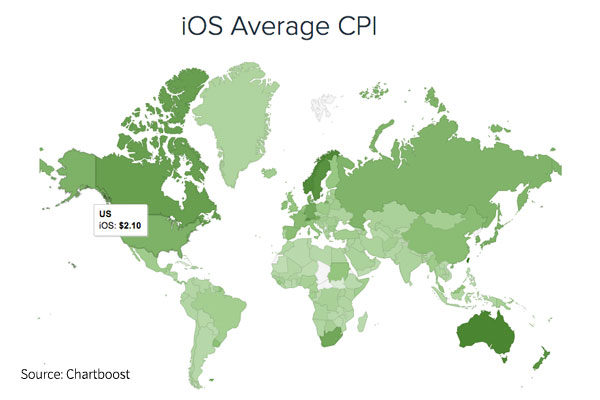 But if we want a rough estimate the scope of the loss to ad networks, we could say that 2% of all installs are the result of ads. That translates to about $1.8 million in lost ad revenue during the 12 hour period.

This is not nearly as big a loss, compared to what developers or Apple lost. But it could have a big impact on smaller ad networks.

Yesterday's event proves that long outages may happen in the future. Obviously, we hope that it doesn't happen again. But if it does, developers need to have a plan in place to deal with it.

This is especially true if you are running ads. If this does happen again, be sure that you are running Cost Per Install (CPI) ads so you aren't paying for impressions that won't convert. You could also simply disable all of your ad campaigns if the App Store is offline.

Even if you aren't running ads, you still need to be aware of outages. There could be bad PR on social media that you will have to respond to. You don't want an App Store outage to be a poor reflection of your app.

Developers are ultimately at the mercy of the app stores and this outage was a perfect example of that fact. Preparing for these outages and diversifying your app across multiple app stores are the best ways to minimize the damage to your business.

The data in this post was taken from our Store Intelligence platform. To learn more about your competitor's apps and overall App Store metrics, schedule a demo of Store Intelligence and we will be happy to show you how you can use our data to make your app more competitive on the App Store.

Were you prepared for the outage? Let us know in the comments below...