Consumers in the United States are increasingly adopting live stream shopping as an alternative avenue for discovering and purchasing new products. Sensor Tower Store Intelligence data reveals that the top 10 live stream shopping apps in the U.S. reached 2.3 million installs in the first five months of 2022, up 77 percent year-over-year. By comparison, the top 10 apps hit 1.3 million downloads during the same period in 2021, climbing a more modest 30 percent Y/Y from 1 million in 2020.

QVC Cedes Its Top Spot to Newcomers NTWRK and Whatnot

Sensor Tower studied the top 10 standalone live shopping apps, excluding apps such as YouTube or TikTok with secondary e-commerce features. In the first five months of 2020, the mobile app of live shopping progenitor QVC held the highest market share of installs at 45 percent. The next year, it had been overtaken by NTWRK, which claimed the largest market share with 32 percent. From January to May 2022, NTWRK and QVC have accrued the second- and third-most installs from U.S. app stores, with Whatnot capturing the most market share at 35 percent. 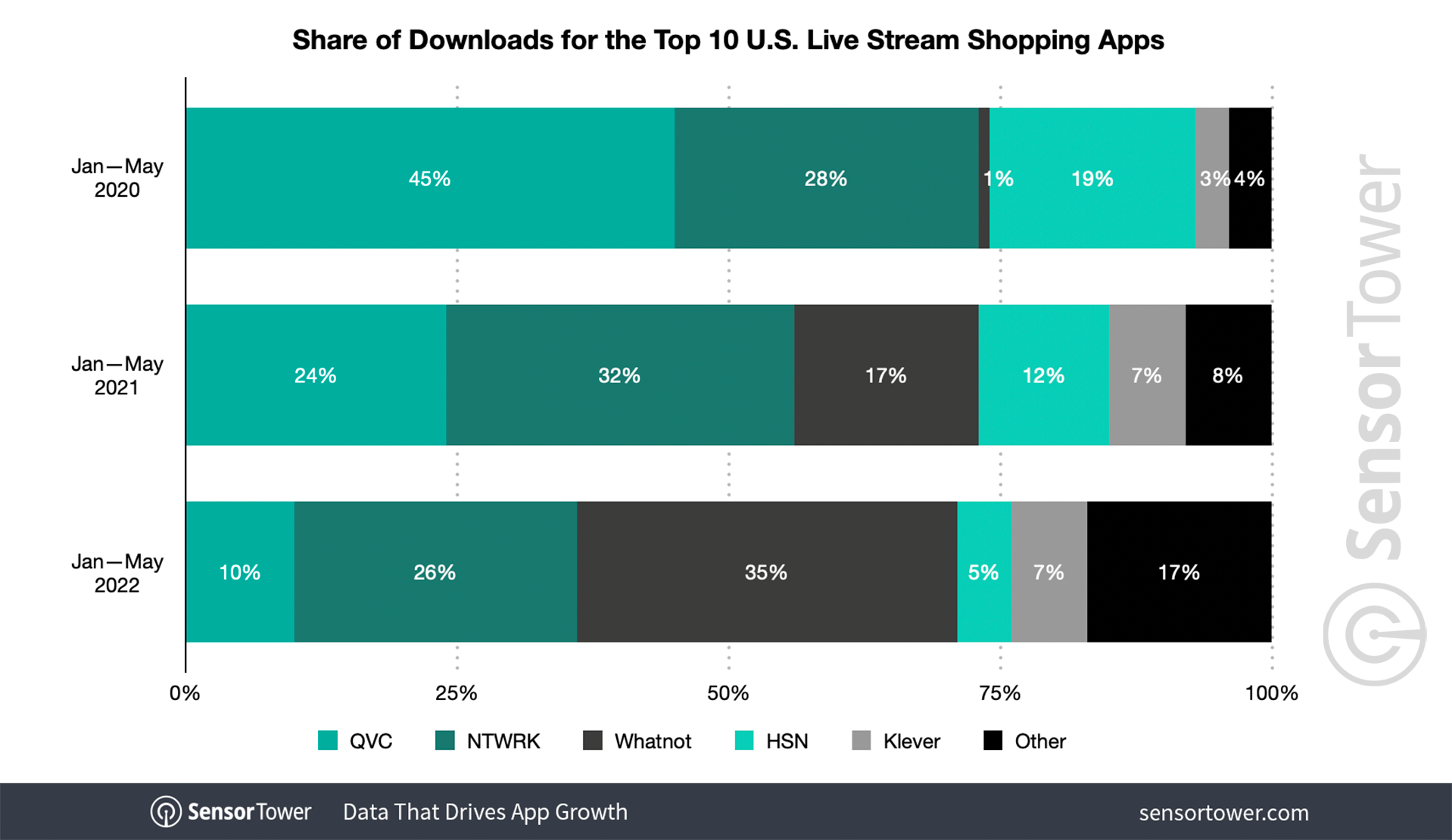 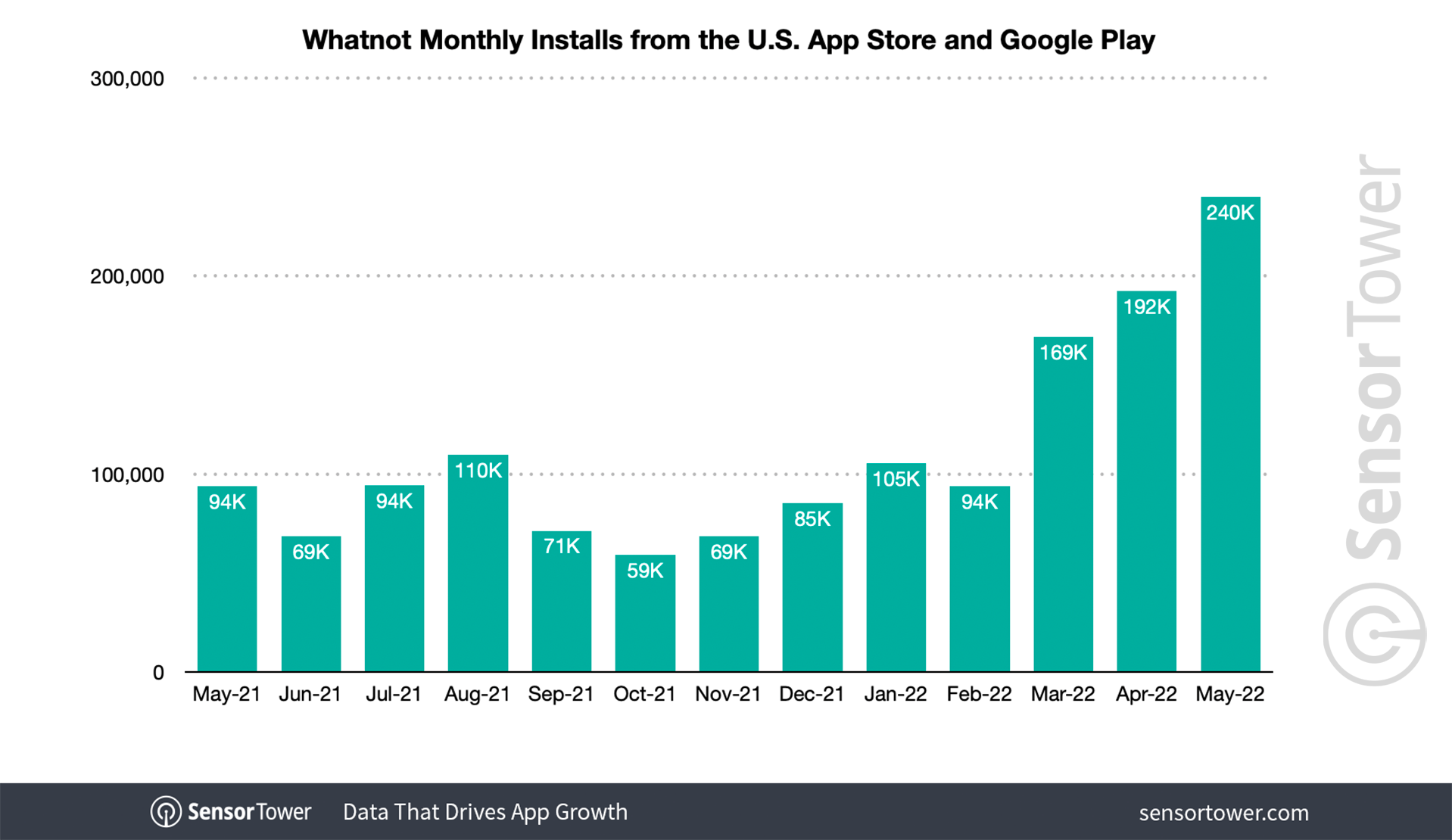 Whatnot has now reached approximately 2 million worldwide installs. The U.S. is its largest market, representing 89 percent or 1.8 million downloads, followed by Pakistan with approximately 43,000 or about 2 percent.

Whatnot Ramps Up Ad Spend to $3.8 Million

Compared to the year-ago period, Whatnot is investing a lot more dollars into its digital ads, spending $3.8 million in the first five months of 2022 according to Sensor Tower’s Pathmatics platform. This was up 414 percent from $739,000 during the same timeframe in 2021. The company spent the most ever in a single month in April, budgeting $1.3 million to its ad campaign. The vast majority of its focus has been on Instagram, which represents 99 percent of its budget. 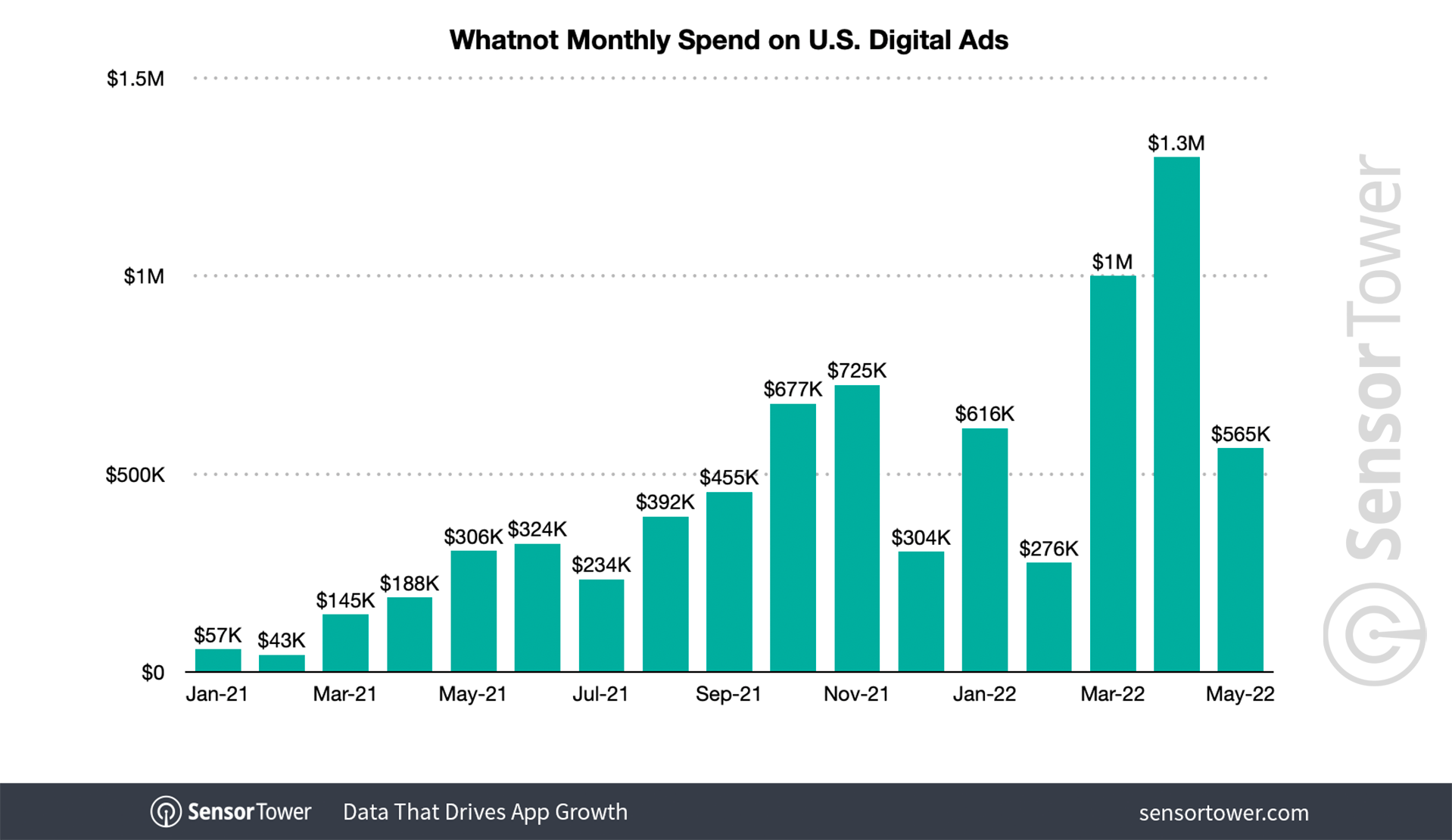 The live stream shopping landscape will likely shift rapidly in the coming year; within the top 10 apps, the No. 1 spot went to three different apps over the last three years. One thing is for certain: This trend is here to stay. If the growth of standalone apps is any indication, adoption will likely be supercharged by tech giants such as TikTok and YouTube as they continue building out e-commerce features on their platforms.