As it prepares for its long-awaited IPO, Lyft has been slowly yet surely pulling alongside rival Uber in the United States when it comes to the number of new users both services are adding each month.

According to Sensor Tower Store Intelligence estimates, which count first-time downloads of apps by unique App Store and Google Play users, Lyft added close to 1.5 million new riders in the U.S. last month, compared to Uber's 1.9 million, giving the soon-to-be-public company a 43 percent share of those acquired between the two. This is a significant turnaround from April 2015, when Uber accounted for 82 percent of new U.S. riders added by the two services that month. 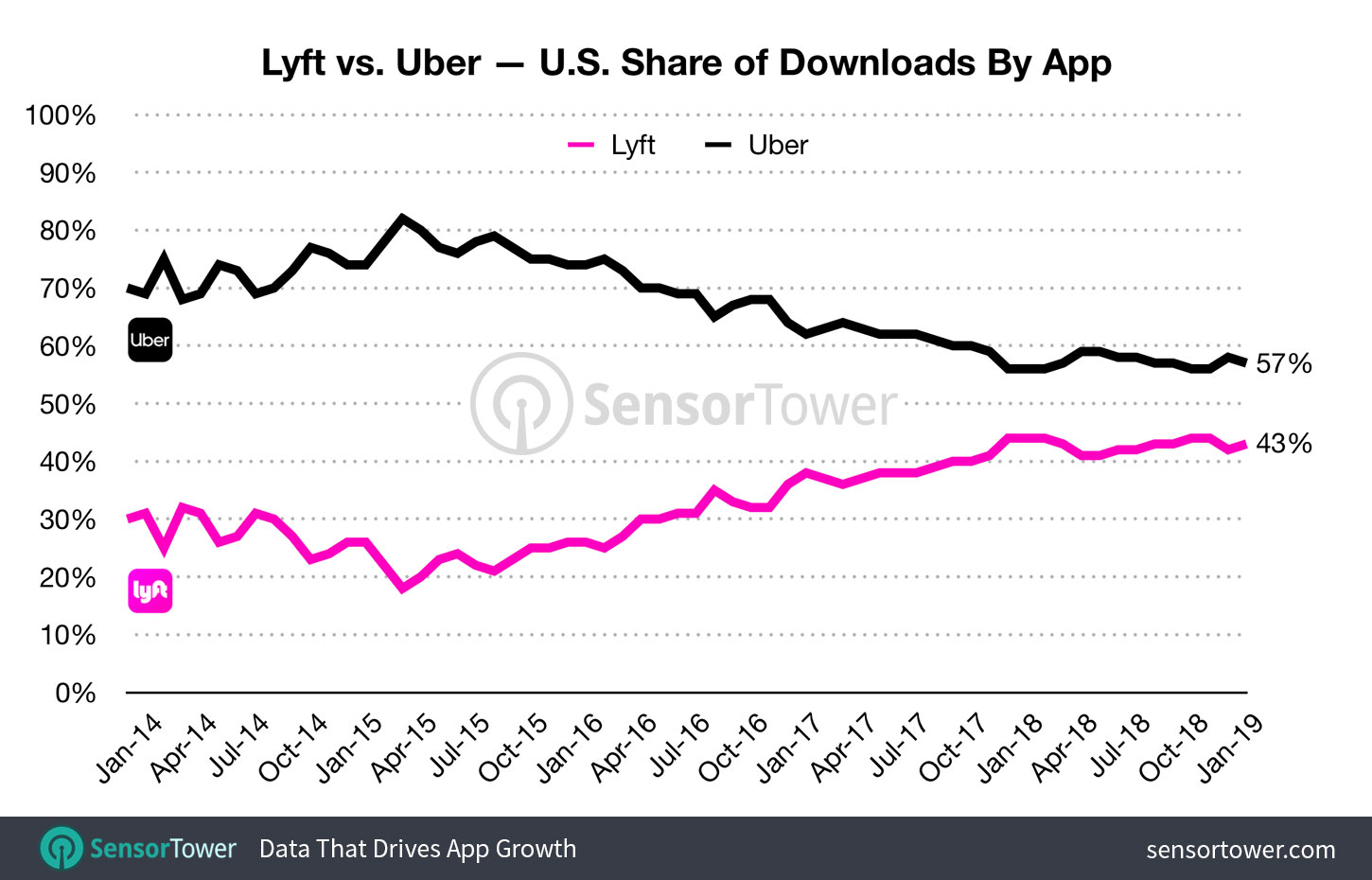 Lyft was installed by an estimated 20 million first-time U.S. riders last year, compared to 18 million in 2017, a year-over-year increase of about 11 percent. Uber, in comparison, saw its new riders decline 14 percent Y/Y over the same period, from 30.7 million to 26.5 million.

Installs of the Lyft app total more than 65 million in the U.S. since 2014, compared to nearly 123 million for Uber. Worldwide, the app has been installed by an estimated 72 million users on the App Store and Google Play during that time, with Uber commanding a total of 636 million installs.