An estimated $55.8 million was spent in mobile games on the U.S. App Store and Google Play on November 23, making Black Friday 2018 the single largest day for the category in history. Combined gaming revenue across both stores grew 23.8 percent year-over-year last Friday, compared to the 23.4 percent it grew between 2016 and 2017, Sensor Tower Store Intelligence data confirms.

Record Revenue for Black Friday—or Any Other Day

U.S. player spending on Apple's App Store accounted for the majority of revenue on Black Friday, reaching an estimated $35.2 million or 63 percent of the total. On Google Play, players spent approximately $20.6 million, or 37 percent of all gross revenue for the day. 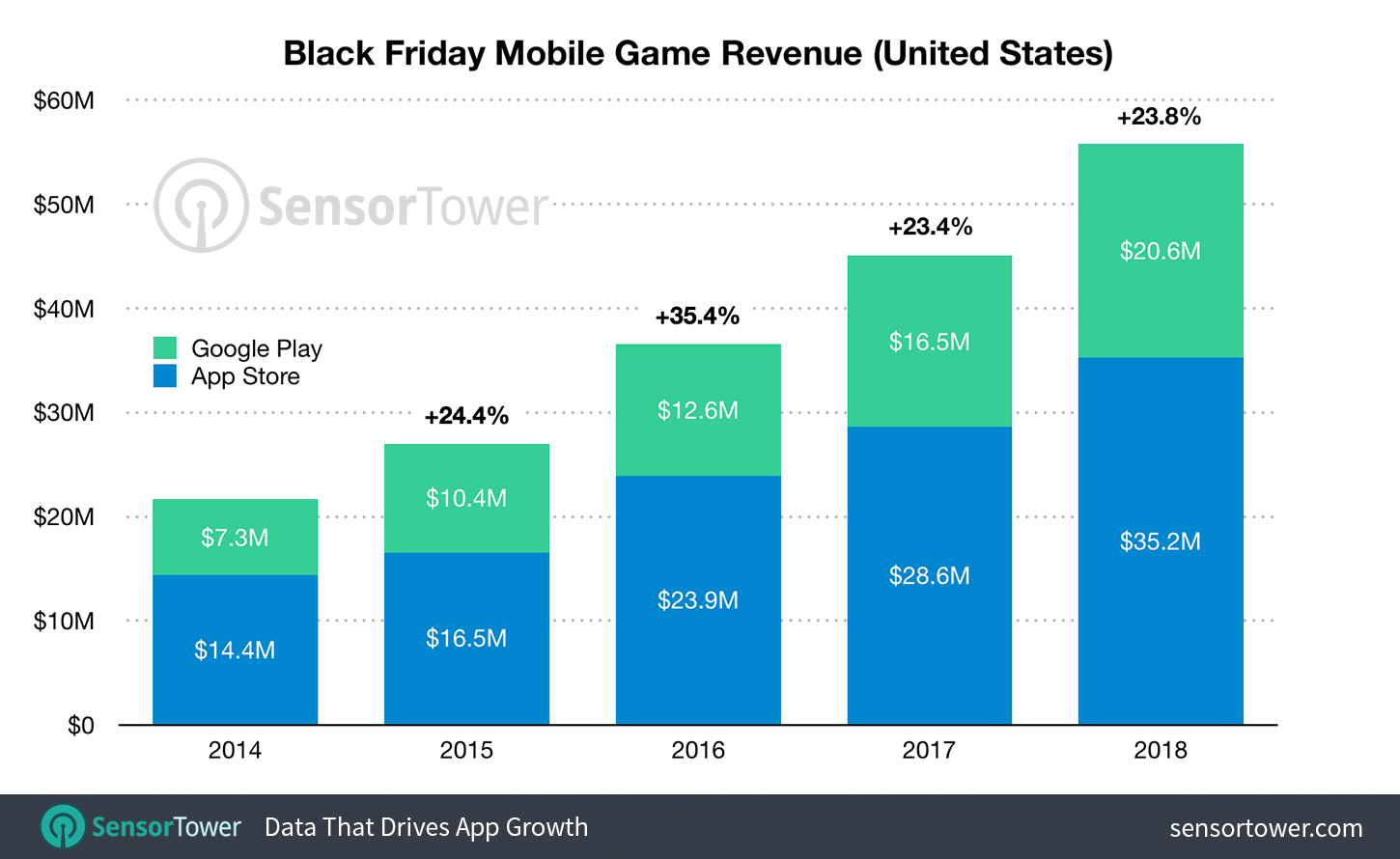 Supercell had two of the top 10 grossing mobile games across both stores for the day, including Clash of Clans at No. 1 with an estimated $2.1 million and Clash Royale at No 5. with approximately $920,000 spent by its players. 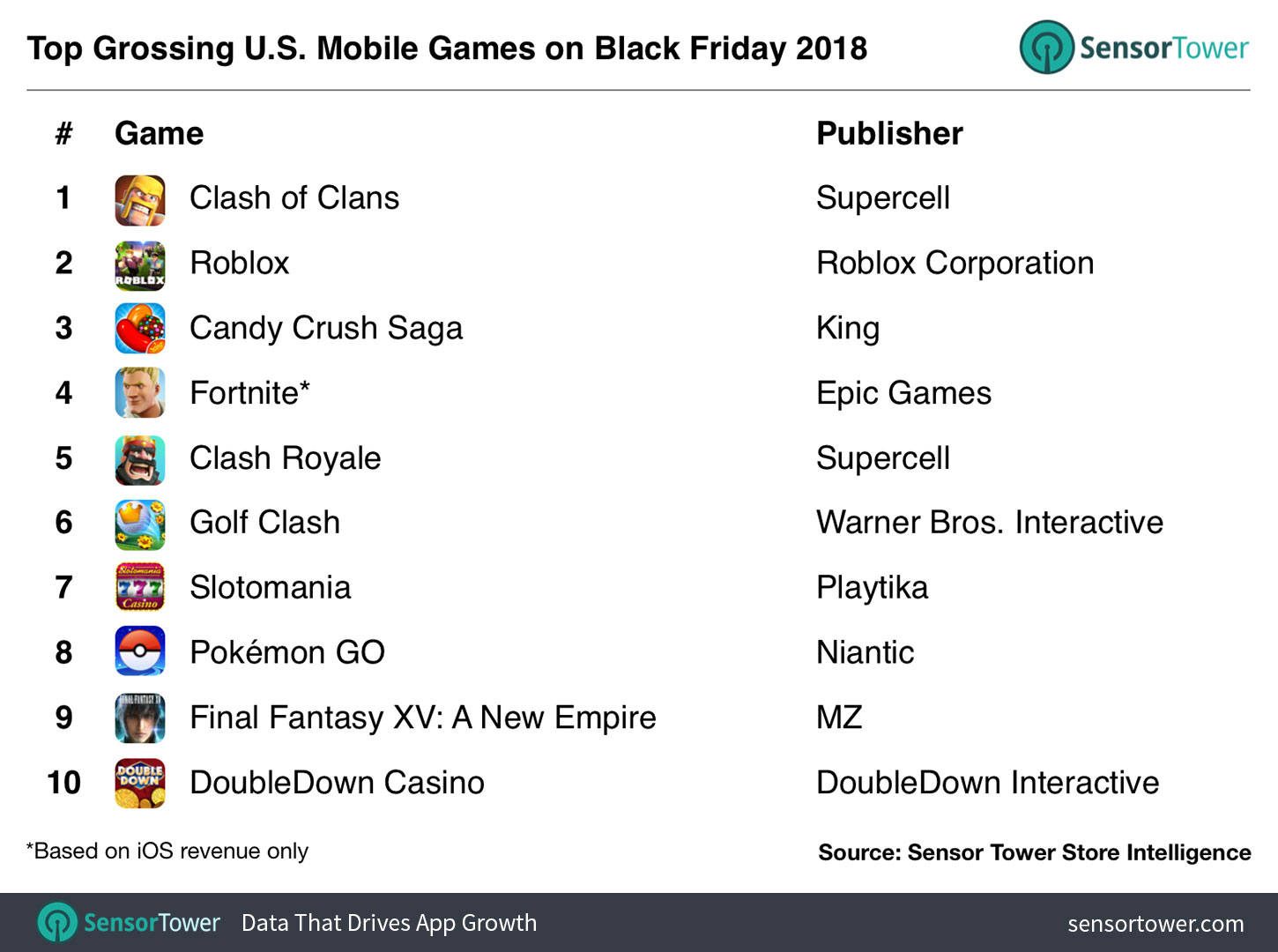 Fortnite from Epic Games was a standout at No. 4 due to the fact that it placed so highly based entirely on App Store revenue, which totaled an estimated $1.2 million. This figure was 86 percent higher than the $646,000 we estimate the game grossed on the preceding Friday.

Most of these games—and indeed many others on both stores—benefitted from special deals on IAP and limited-time bundles for Black Friday that drove players to buy into them with record results.